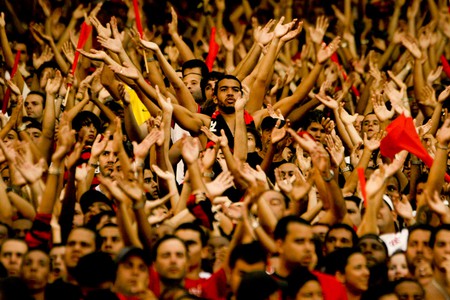 Flamengo is one of the four largest soccer clubs in Rio de Janeiro, alongside Vasco, Fluminense, and Botafogo. The Rubro-Negra team – one of Flamengo’s nicknames – also has the largest fanbase of Brazil’s soccer teams, with an estimated 32.5 million people supporting the team worldwide. Despite this huge coverage and exposure, there are still some surprising facts about Flamengo that you may not know.

Flamengo began its life as a rowing club

Flamengo was originally a rowing club, as well as having teams in several other sports – but soccer wasn’t one of them. The soccer team began in 1912 when members of the Fluminense team left their club after a dispute with management and decided to set up a new team under Flamengo’s name. 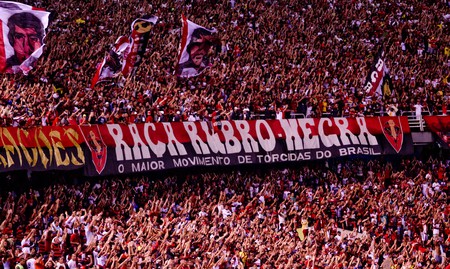 Flamengo’s first ever soccer match was on May 3, 1912 at Russel Beach – today known to be the location of the now-abandoned Hotel Gloria – against Manguiera. The Mengão team – another of Flamengo’s nicknames – had an impressive first game, finishing the match 16-2, which remains the team’s most impressive victory.

The first colors of Flamengo were actually gold and blue – gold to represent the riches of Brazil, and blue representing Guanabara Bay in the team’s home city. It was later changed to red and black which was inspired by the colors of the Rio de Janeiro Jockey Club.

Top scorer in a single game

Durval, a Flamengo player, became the person to score the most times for the team in one game, scoring an astonishing seven goals against Campos in 1950. The game ended 13-1 to Flamengo.

The most controversial game in Brazilian history

Flamengo was at the center of what was later called the most controversial game in the history of Brazilian soccer. In 1981, Atletico MG and Flamengo went head to head at the final of Copa Libertadores da America championship. Referee Jose Roberto Wright was later accused of bias towards Flamengo – he gave the red card to five of the Atletico MG players on the pitch and eliminated the possibility of using their reserves. With too few players and no chance of replacing them, the game was automatically over and the championship was given to Flamengo.

Flamengo was the first club in Brazil to have a sponsor. The partnership came from oil company Petrobras, beginning in 1984 and lasting for 25 years. Today, Flamengo advertises about five different sponsors on their shirt.

Flamengo has several nicknames – Rubro-Negro, Mengão and Fla among them – but the most far-reaching is O Mais Querido do Brasil, which translates to The Most Beloved in Brazil. It’s a widely held belief that Flamengo received this nickname from having the highest number of supporters in Brazil, but in fact it came from a vote. In Rio de Janeiro in 1927, Flamengo and Vasco had a vote at the Salutains’ Cup, an event promoted by Salutains mineral water and the newspaper, Jornal do Brasil. Fans had to take a label of the product to the headquarters of Jornal do Brasil with the name of their team written on it. Flamengo gathered the most votes and was awarded a 1.5-meter (five-foot) silver-plated trophy that symbolized their title, The Most Beloved in Brazil. 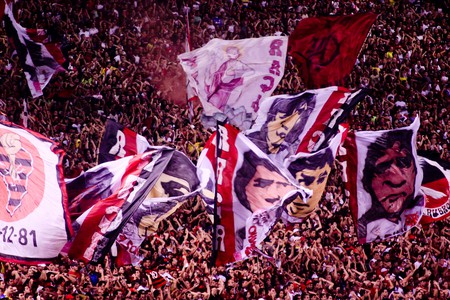 The Flamengo vs Santos match in 1983 was for the final of the Campeonato Brasileiro (Brazilian Championship) and had the largest fan attendance in Brazilian soccer history with a total of 155,523 supporters attending the game. Flamengo won 3-0.