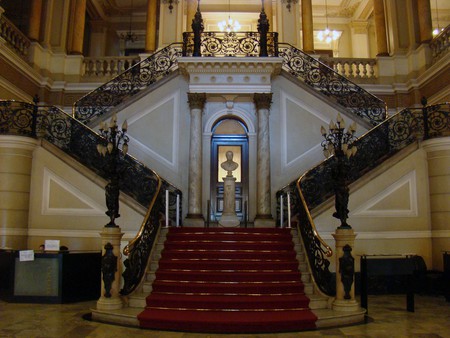 The architecture inside the library |© Rodrigo Soldon/Flickr

Located in the city center of Rio de Janeiro is Brazil’s most important library, the National Library of Brazil, a legacy to Brazilian heritage and a safe to some of the world’s most significant materials. Watch as history unfolds through its rich treasury of rare and valuable collections, safeguarded in one of Rio’s most architecturally beautiful buildings. We explore the reasons why you must visit this extraordinary library.

The National Library of Brazil is the largest in Latin America in terms of general size and contents, as well as being the seventh largest national library in the world. A national library is defined as one that the government establishes to store information about that country. They often contain rare and valuable works, which is why it is uncommon for citizens to borrow books or items from there. 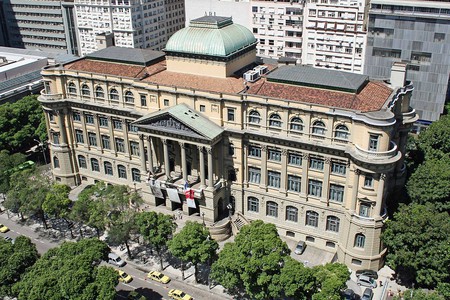 The National Library of Brazil | © Halleypo/WikiCommons

It Has A Huge Collection

A huge collection of nine million items, to be exact. The items include books, folders, serials, prints, manuscripts, maps, engravings, carts, scores, records, CDs, tapes and videos. Together, these items represent the rich history of Brazil and its beginnings after the Portuguese colonization, documenting the Brazilian heritage.

It Contributed To A New Course Subject

The construction of the National Library of Brazil led to a new focus in library management. Eventually, in 1911, Manuel Cicero Peregrino da Silva started a national union catalog for all Brazilian libraries to objectively categorize items. He also initiated the first Library Science course in Latin America, which opened doors for Brazilian librarians to go on to study in America and Europe. 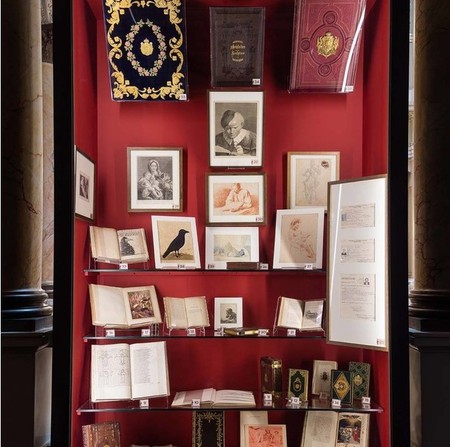 A valuable collection | © courtesy of the National Library of Brazil

Libraries are often associated with old, stuffy buildings, yet not the National Library of Brazil. Staff there have stayed at the forefront in organizational technology for information, modernizing the library services in a variety of ways, including setting up an online database.

Its Entire Existence Is Thanks To An Earthquake

In November, 1755, an earthquake struck Lisbon, causing considerable architectural devastation. At that time, The Royal Library was regarded as one of the most important in Europe and the loss caused by the earthquake prompted the decision of moving the contents to Brazil. Initially, the 60,000 books were stored in the upstairs room of the Hospital of the Third Order of Carmel, yet it was decided that this was inadequate to safeguard such valuable items. In 1810, Prince Regent declared that royal funds would construct a new library – and so began the construction of the National Library of Brazil.

It Has A Legal Deposit

In 1907, it was decided that each publisher had to begin sending one copy of each publication to the library, and this helped to build up its rich collection of items and materials. The law aims to categorize national intellectual production and grow Brazil’s bibliography in order to preserve national language and culture. The legal deposit ensures the continued growth of the library’s collection, as well as adding to its depth and richness.

It Has A Photo Collection

It homes an extremely valued and rare photo collection, the Teresa Cristina Maria collection that was assembled by Emperor Pedro II. The collection of 21,742 photos dates from the 19th century, depicting images of Brazilian history and people. It is considered so important that in 2003 it was listed in the UNESCO’s Memory of the World Programme Register. 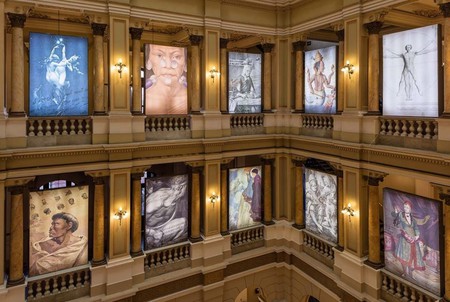 A collection at the library | © courtesy of National Library of Brazil

It Has Beautiful Architecture

The building alone is beautifully designed in an eclectic style with neoclassical elements, dating from 1810. It makes up part of the Triangle of Culture in Cinelandia Square, together with the Municipal Theater and the National Fine Arts Museum.

The architecture inside the library | © Rodrigo Soldon/Flickr

It Houses Some Rare And Valuable Collections

The National Library of Brazil homes some of Brazil’s, as well as the world’s, most valuable and important materials. Some of the most significant collections are the Barbosa Machado collection, which contains 4,300 items including books, prints, maps and rare brochures of Brazilian and Portuguese history. Another collection is the Conde da Barca collection, encompassing 2,365 items from the 17th and 18th centuries. One of its most notable materials is a set of Le Grand Theatre de l’Univers, in 125 volumes. 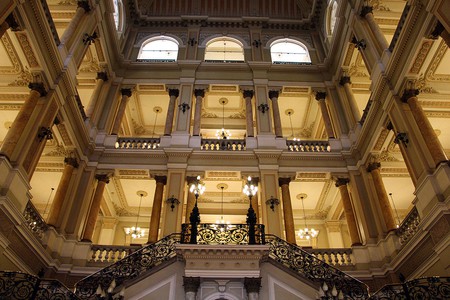 The inside of the library | © Sailko/WikiCommons

It’s Open To The Public

Anyone can enjoy this library’s rare and wonderful collections. It is free to get in and open every day except on Sundays. Although books cannot be borrowed, many items are available to read or learn about within the library itself. It’s a perfect way to learn more about Brazilian history and the generations that came before us.