Torotoro National Park|© Klaus Balzano/Shutterstock
Torotoro is one of Bolivia’s most magical national parks, a place where enormous dinosaur footprints, sweeping canyons, surreal rock formations and endless underground caves enchant the adventurous traveler. Many people visit the park on an all inclusive tour, which while convenient, can be expensive. Read our guide to learn everything you need to know to discover this wonderful part of Bolivia, on your own.

To visit Torotoro it is necessary to go via Cochabamba, despite the park actually lying in the department of Potosí. From Cochabamba, the park is accessed along a very bumpy dirt road on a large bus or smaller and more convenient minibus.

Large buses leave Cochabamba once a day at 6am, taking 5-7 hours but costing a measly 23BOB (US$3.30). They are not really a good option though due to the extended travel time, so most people opt for a minibus instead.

These leave when full and take only four hours, if the road is in good condition. Departures are generally between 8am and 8pm with a waiting time of an hour or so as passengers slowly turn up. The cost is only a little more at 35BOB (US$5).

Accommodation is pretty basic in this small country town but at least there is always a surplus of beds, so no need to make a reservation. There are plenty more options, besides the ones listed.

The fanciest place in town, which isn’t really saying much. Asteria resides in a beautiful colonial building around a sunny courtyard. With a private bathroom in each well maintained room and a decent attached restaurant, it’s the best this humble town has to offer.

Basic but clean and just one block from the central plaza. Vergel has friendly owners and offers more variety in their restaurant than most. Shared bathrooms.

Nice place overlooking a well maintained garden with plenty of cats. The rooms are basic but tidy enough, with a clean shared bathroom just a quick walk away. It’s a block downhill from the plaza on the road leading into town.

The best place to get a feed is with the locals, at the town market. Good quality Bolivian dishes are on sale for just 10BOB ($US1.50) during breakfast, lunch and dinner. They do simple takeaway sandwiches to take on excursions as well.

Cafe Como en Casa, uphill and to the right from the main plaza, offers reasonable quality international food but is considerably more expensive than local places (around 42BOB / US$6). Breakfasts are particularly recommended.

A three kilometer hike from the village passes dinosaur footprints up to 50cm long, before suddenly dropping away to reveal the stunning Tototoro canyon, a true highlight of the park. A well maintained lookout has been constructed to take in the natural marvel while admiring a number of vultures usually swooping through the ravine. After descending 800 stairs into the canyon, the scenery starts becoming more lush. Moss covered riverbanks, shrubbery and vines sprawl around a trickling waterfall that empties into a picturesque lagoon, the perfect place for a swim. This is a half day excursion that takes around four hours in total and requires a moderate level of fitness. 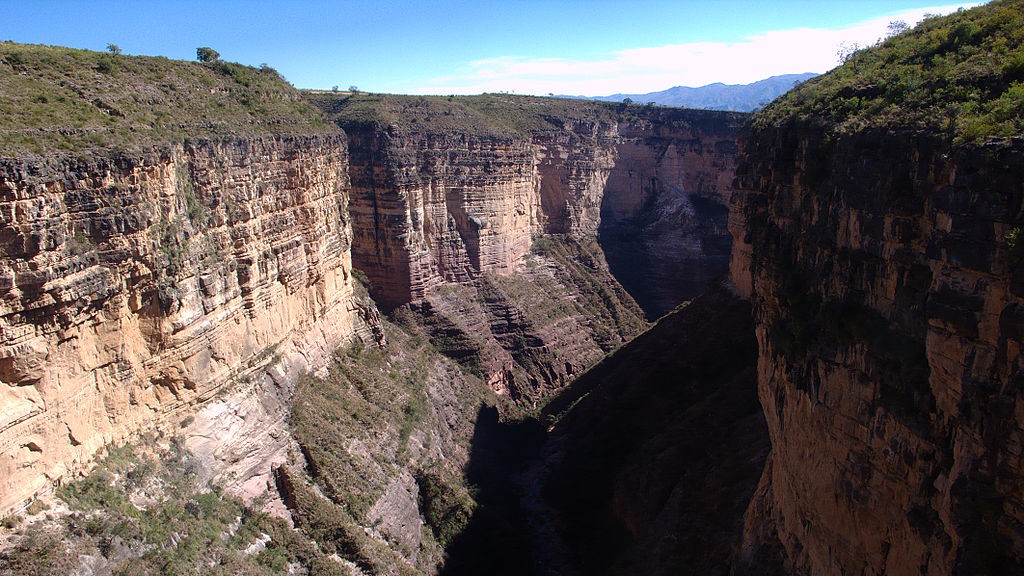 View from the lookout of the canyon | © Gaumut/wikicommons

This full day trip lasts seven to nine hours in total, so its possible to return before the last bus to Cochabamba. A 20km uphill drive along a dirt road stops to admire some dinosaur footprints along the way before arriving at Ciudad de Itas, an impressive collection of animal shaped rock formations and network of small caves. This area was inhabited by indigenous people long before the arrival of the Incas, some evidence of which can still be seen today. Next is a half an hour drive to Cueva Humajalanta, the country’s most exciting caving experience. The guides will supply headlamps and helmets, though expect to get muddy, so dress appropriately. Definitely not for the claustrophobic as several hours are spent crawling and squeezing through tiny gaps while taking in views of stalactites, stalagmites and ponds populated by blind fish. 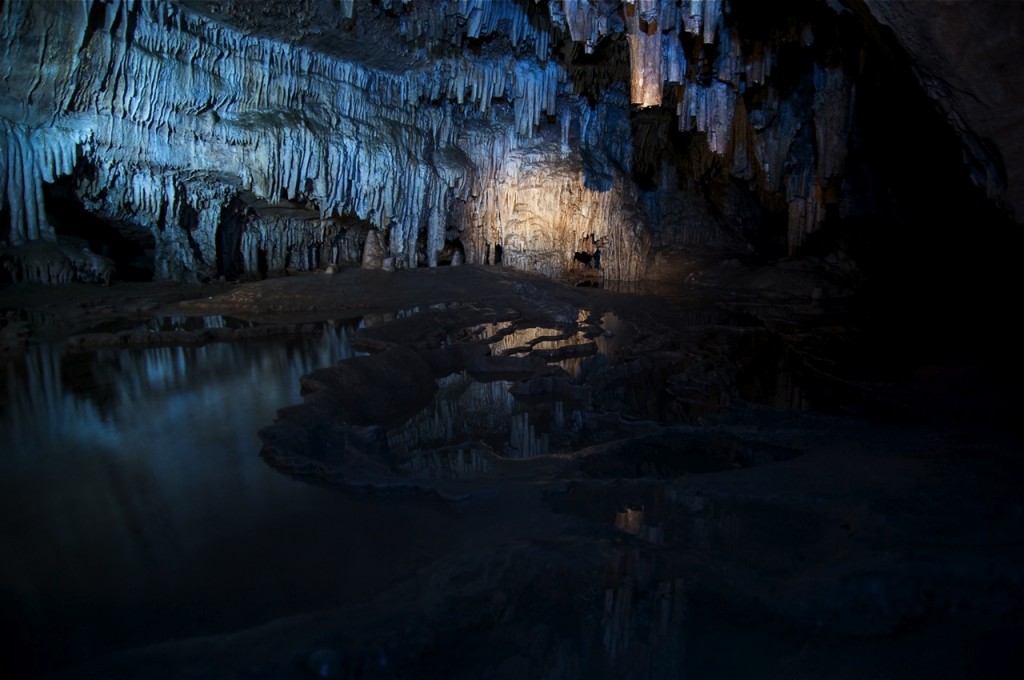 Inside the cave | © Rocco Lucia/Flickr

This small but interesting museum is well worth the visit for those with an hour or so to kill. Just one block uphill from the main plaza, it houses a collection of stones, fossils and strangely shaped rocks that have been converted into a garden by the rather eccentric owner. Entree only costs 5BOB (US$0.80) and it’s open until 6 pm. 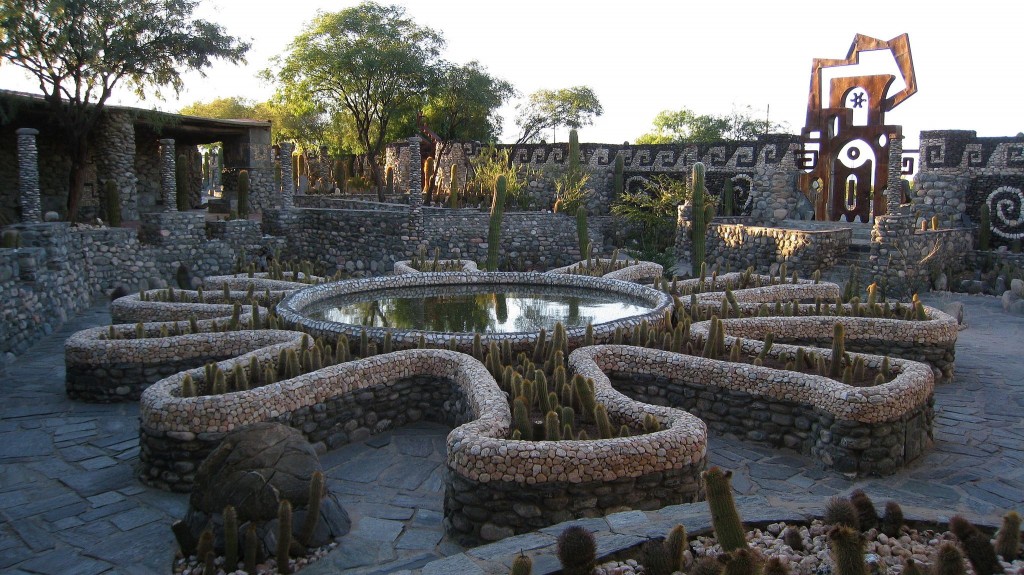 A half an hour walk from town along the banks of Rio Tototoro are a collection of well preserved rock paintings. They were painted in pre-colonial times using red pigments to represent geometric patterns as well as animals such as turtles and snakes.

Hiring a local tour guide is compulsory for any excursions outside of town, which is an important source of income for the local community. Prices work on a sliding scale depending on how many people show up for a particular tour. Sharing a tour with other travelers reduces costs significantly. It’s easy enough to find a group going to Vergel (400BOB/US$57 per group) and Cuidad de las Itas (700BOB/US$100 per group of maximum 7), even in low season, as these are always in high demand. Other excursions will most likely require a private guide. Turn up to the tourist office on the main plaza to see who is around at about 7:30 am for morning or 12:00 pm for afternoon trips, bearing in mind that a significant amount of waiting around is usually required to form a group. A 120BOB (US$17) national park admission fee must be paid to the tourist office which is valid for four days.