The Amazing Meaning Behind the Bolivian National Flag 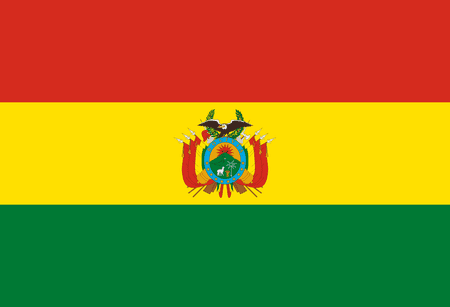 Ever wondered what the Bolivian flag represents? Or what that weird looking rainbow flag next to it is all about? Then read on to learn the history and symbolism behind the country’s most iconic emblems.

Upon achieving independence in 1825, Bolivia’s first flag had a similar tricolor design but with a green-red-green formation and a golden star and green wreath in the center. Revolutionary hero Simon Bolivar waved the flag from the top of the monumental Cerro Rico in a historic moment that symbolized the founding of a new nation. 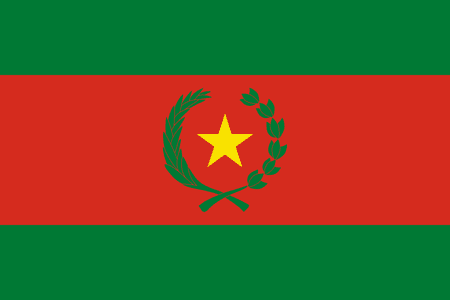 The first Bolivian flag in 1825 | © Wikipedia/Wikipedia

Just a year later, congress decided to change the colors to yellow-red-green and include a coat of arms featuring the iconic condor, alpaca and Cerro Rico mine. Then, in 1851, the president of the time figured the colors should be rearranged to mimic the colors of Bolivia’s two national flowers, the kantuta and the patuju. This red-yellow-green design is still in use today and each color represents a crucial aspect of Bolivia’s national identity. 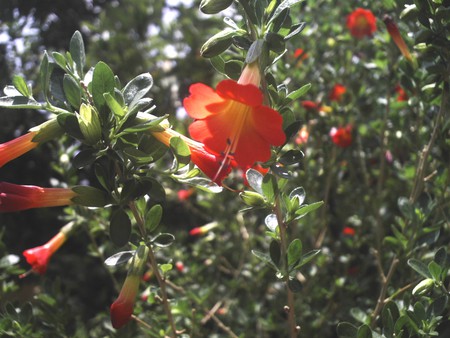 Red symbolizes the blood of fallen Bolivian soldiers who fought for independence or one of the many subsequent wars.

Yellow represents the country’s considerable mineral wealth. Potosi’s Cerro Rico was once one of the most profitable mining operations in the world, churning out thousands of tonnes of silver which were shipped off to Spain to fund their colonization of the new world. Although the mines’s heyday has long since passed, Bolivia still has a number of mineral-rich regions which form a pivotal part of the country’s economy.

Many visitors are unaware that Bolivia has another national emblem. The colorful checkered flag known as the Wiphala is the symbol of indigenous Andean culture across the entire continent. It officially became the second national flag of Bolivia in 2009 when president Evo Morales enforced a new constitution to convert the country into a Plurinational State which afforded more rights to the country’s native inhabitants (and also allowed the president to run for another term).

The Wiphala was ordered to be flown next to the Bolivian flag on all public buildings, a move which angered some of Bolivia’s eastern population who don’t identify with Andean culture and saw the decree as a form of unwanted cultural appropriation. 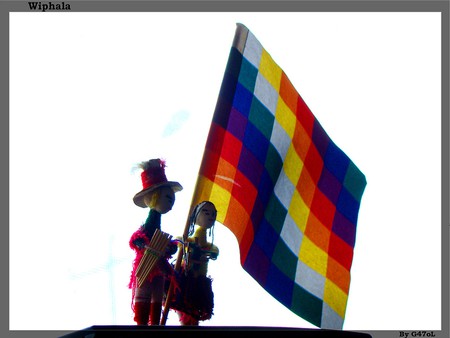 Another interesting Bolivian emblem is the Navy’s ensign. Despite being a landlocked country, Bolivia has a proud naval force who patrol the country’s numerous lakes and rivers. The ensign has nine small stars which represent each department and a much bigger and brighter tenth star which symbolizes the coastal region of Litoral which they lost to Chile during the 1879 War of the Pacific. 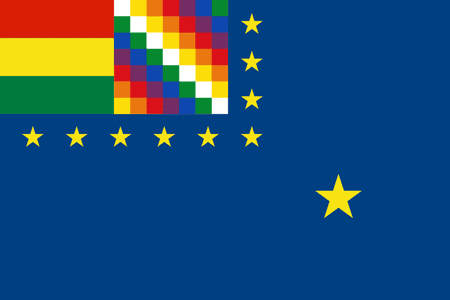 The Naval Ensign of Bolivia | © Wikipedia/Wikipedia
Give us feedback