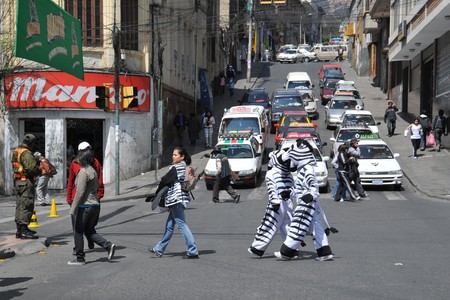 The traffic in La Paz is pretty bad. An incalculable number of cars, buses and minivans cram into the narrow colonial streets, aggressively muscling into the tiniest gaps while incessantly honking their horns to make their presence known. This lack of space means pedestrians have to sprint across the road in front of oncoming traffic just to get to work on time. Luckily, a team of friendly zebras have been commissioned to restore order, while bringing a little humor to madness.

The zebras are a public road safety initiative launched back in 2001 after a government employee was inspired by a Colombian campaign where mime artists shamed bad drivers throughout the city of Bogota. The idea was adapted to have young people dressed up as zebras patrolling the worst known areas to teach road safety to motorists and pedestrians alike. The animal was chosen because pedestrian crossings are known as zebra crossings in Spanish, much like they are in English. At first, two people would squeeze inside one four-legged costume, although the concept eventually evolved into single person suit as the original design was rather uncomfortable and dangerous! 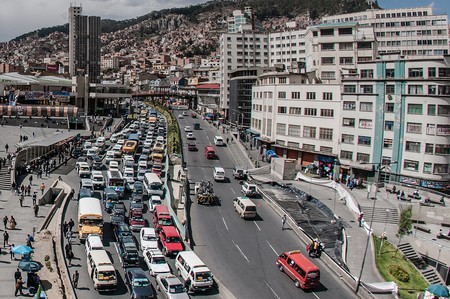 The purpose of the program is two-fold; to improve road safety – particularly among pedestrians – and provide meaningful employment and opportunity to the city’s disadvantaged youth. Anyone who has visited La Paz can testify for the need for better road safety. An influx of new residents from the countryside in recent years has created a significant population boom, meaning that an impossibly large number of vehicles compete for limited space, while road rules are widely disregarded. Rather than relying solely on the use of traffic police, who have a bad reputation among locals for their tendency to focus on extracting bribes, the city decided to commission fun-loving zebras instead, who dance around and high-five children as a way of garnering public support. 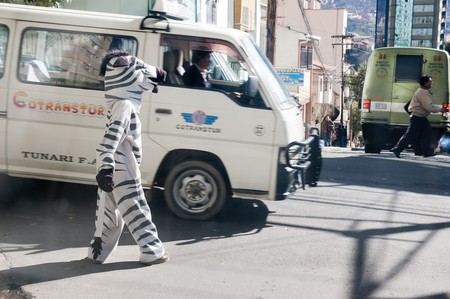 The zebra program also provides an invaluable gateway into the workforce for at-risk youth. Many young people from disadvantaged backgrounds in La Paz fall into the traps of drug abuse, alcoholism, delinquency and ultimately homelessness. The provision of a modest monthly stipend and some useful on the job training has proven instrumental in helping them get back on track. Almost entirely aged between 15 and 25, the zebras earn below Bolivia’s modest minimum wage for a 25 hour work week, but training in things like computer literacy and nutrition has shown to be useful in increasing their self esteem and lifting them out of poverty. 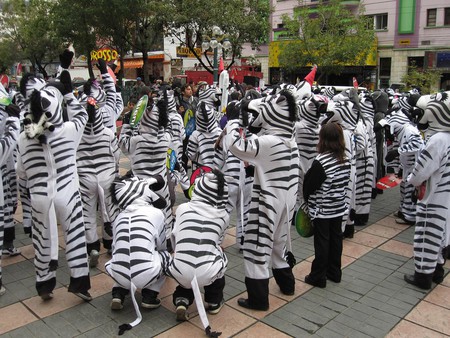 The program has been widely popular since its launch, expanding into three Bolivian cities and employing over 400 zebras. The zebras have moved into other areas too, educating school children and adults on important issues such as recycling, water conservation and bullying. Despite the tragic death of a 17 year old female zebra in a hit-and-run accident at the hands of a drunk driver in 2014, the program shows no signs of slowing down. There’s even been interest from European capitals such as Madrid in adopting the approach at an international level.