Dancing With the Devil in Bolivia 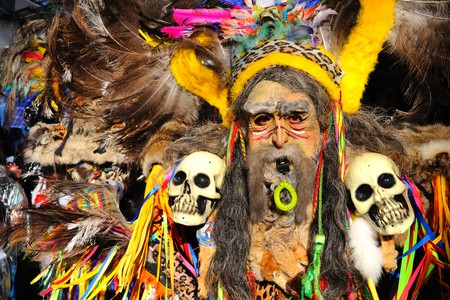 The people of Oruro, one of Bolivia’s most beautiful towns, are stuck between heaven and hell. The town is one of the highest in the world at 3,709m (12,168.6 ft.) above sea level, but many of its residents hardly see the sky. Like their ancestors before them, the miners of Oruro are no strangers to the underworld. For centuries, they have travelled deep into the earth to extract natural minerals, first silver and now tin. 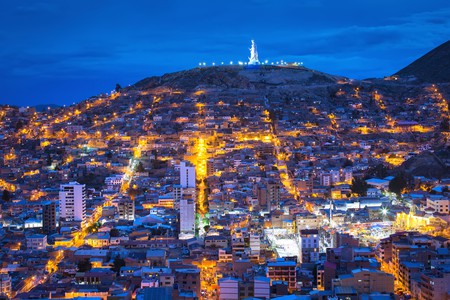 Long before the arrival of Spanish colonials in the 17th century, the people of Oruro prayed to Andean deities. El Tio, the god of the mountains, was believed to keep the miners safe as they ventured further and further into the unknown.

With the introduction of Catholicism, the people were discouraged from deifying the ‘demonic’ El Tio and the city fell under the guardianship of the Virgin of Candelaria. The Carnaval de Oruro, South America’s largest folkloric festival, is a complex mix of pagan ritual and Catholic ideals, and must be one of the only Easter celebrations where the devil takes centre stage. 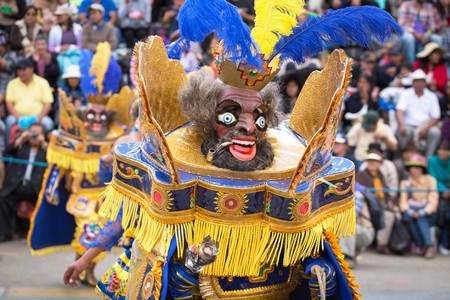 The three-day festival, which takes place on the last weekend before Ash Wednesday, involves over 20,000 dancers from 50 groups representing the various indigenous tribes of Bolivia. The procession culminates in La Diablada, a dance where revellers dress in devil costumes and surround El Tio, re-cast as Lucifer. 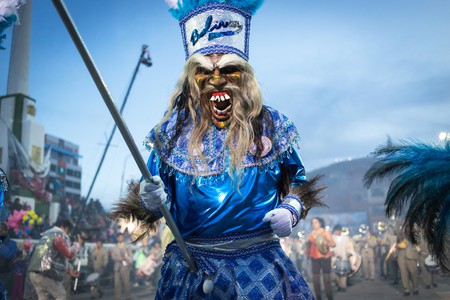 These extravagant, frightening and heavy costumes feature horned masks, velvet capes, shimmering breastplates and boots decorated with serpents. Due to the detailed work that goes into producing them, the costumes are expensive, retailing at several hundred dollars each. 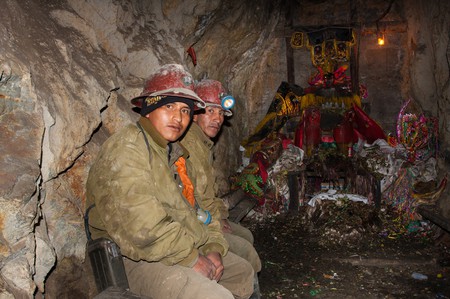 Miners are resting underground the mine, praying in front of their Patron Saint and bring in offer cigarettes, beer and coca leaves | © Paolo Arsie Pelanda / Shutterstock

The dance ends in the city’s football stadium with a victory for good over evil, when El Tio is vanquished by the Archangel San Miguel. But the inclusion of the ancestral deity supplicates the superstitious miners, who still believe in El Tio’s protective powers. In 2001, UNESCO recognised this fascinating celebration by declaring it a ‘Masterpiece of the Oral and Intangible Heritage of Humanity’. 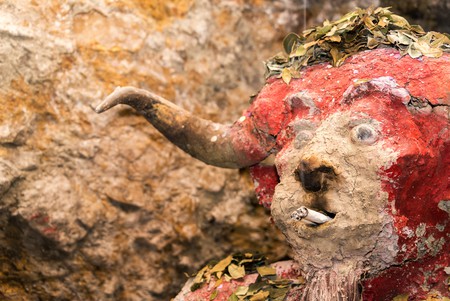 Each year the carnival attracts hundreds of thousands of visitors worldwide to what is a colourful, musical and historically significant event. This year’s festival falls on February 24–27, and you can find more information and book tickets via bolivianlife.com. 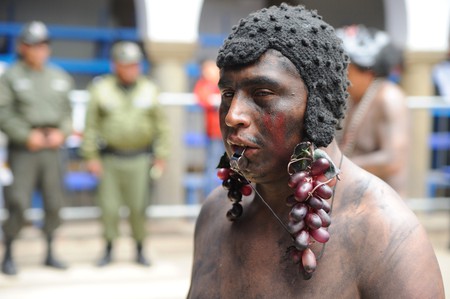