A Brief Introduction to Bolivia’s Traditional Music and Dance 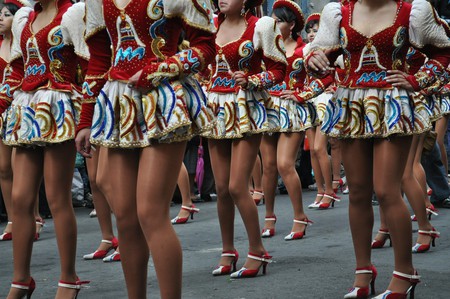 One of the most captivating things about Bolivia is the sheer prevalence of the country’s colorful and joyous music and dance. Known locally as folklorico, Bolivia’s musical traditions are kept alive through boisterous street parades that are held regularly throughout the country. Keep reading to learn the history behind the most prolific genres of this country’s remarkable music and dance.

Quintessentially Bolivian, Morenada is probably the most popular and infectious folklorico genre. It tells the story of African slaves who were brought in to work the silver mines of Potosi under the command of the Spanish. This is represented in their immaculate outfits, where the men wear black-colored masks and scruffy long beards, while bells around their ankles signify the clinking of slave chains. The women, on the other hand, wear provocative miniskirts and colorful blouses with plunging necklines – a common theme among most genres of Bolivian dance. The music, outfits and dance moves are surprisingly upbeat for something that symbolizes oppression. 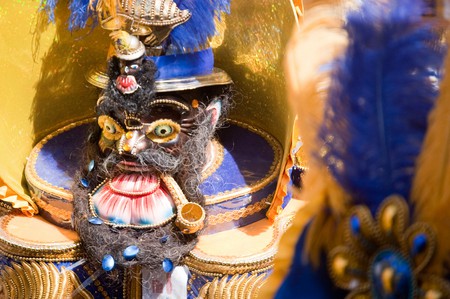 This easily recognizable dance is one of the most spirited and always a crowd favorite. It’s a relatively new dance, originating just 50 years ago from the Afro-Boliviano community of Los Yungas in dedication to the Virgin of Socavón. Their inspiration came from El Caporal, a mixed race foreman that supervised the slaves of Potosi. The men don sparkling, multi-colored body suits complete with a foreman’s hat and a whip, while the women are scantily dressed. The dance is considered to be one of the hardest to master, requiring a considerable amount of practice before each event. Participants have to follow a number of complex steps before leaping forward and kicking the air, an athletic feat that proves difficult in the thin air of Bolivia’s high altitude regions. 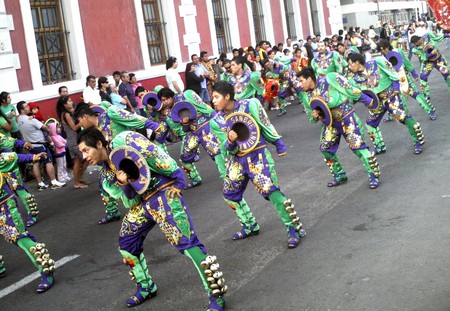 This dance dates back to pre-colonial times when the Inca ruled over vast areas of the continent. Legend has it they ventured into the semi-arid Chaco region of eastern Bolivia and stumbled across a tribe of natives known as Tobas. The Inca were supposedly so impressed with Tobas music and dance that they spared the tribe, taking only the best musicians and dancers with them back to the kingdom to use as royal entertainment. The outfit is characterized by the men’s strange, somewhat frightening masks while the women don a colorful array of feathers. 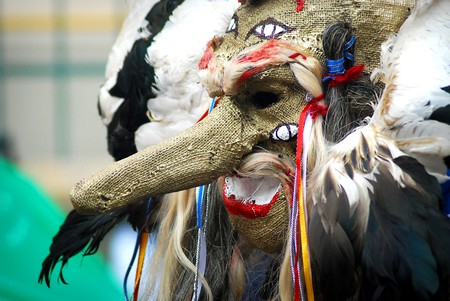 The centerpiece of Oruro’s incredible carnaval, Diablada (The Dance of the Devils) combines Spanish theatrics with indigenous religious ceremony. Men dressed as devils wear elaborate pointy horns and do a ritualized battle-dance against miniskirt-wearing female angels until they are finally defeated by the sword-wielding Archangel, San Miguel. The dance is particularly remarkable for being a textbook example of indigenous and Catholic syncretism, something that was acknowledged by UNESCO who awarded it a Masterpiece of the Oral and Intangible Heritage of Humanity. 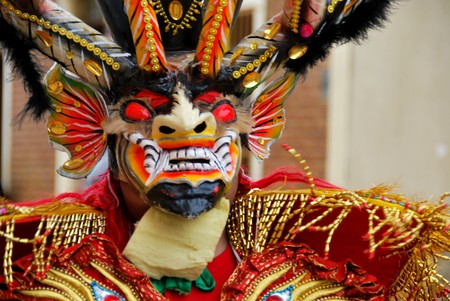 Meaning “physical encounter” in the language of Aymara, the Tinku dance originated from just that. During colonial times, the indigenous inhabitants of the Potosi region were forced into slavery by the Spanish and would play-fight among themselves as a respite from their difficult existence. Colorfully-dressed Tinku dancers crouch and circle one another, swinging their arms in pretend punches to a warlike drum beat. 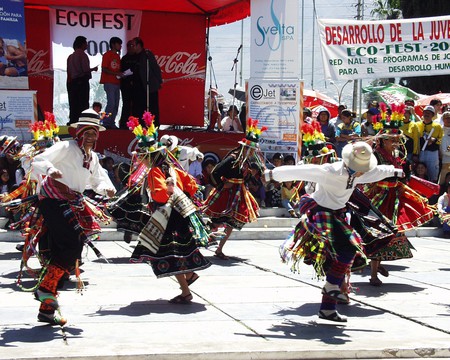