10 Things to Know Before Visiting The Death Road, Bolivia 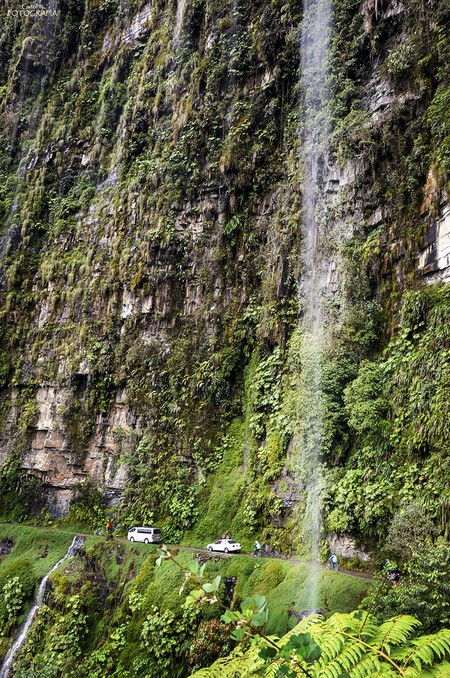 So you’ve plucked up the courage to take a Death Road tour. Feeling nervous? Well, there’s no need to because, despite the ominous name, you probably won’t wind up dead . Nevertheless, the road is undeniably dangerous so there are a few things you should know before strapping on a helmet and pointing your bike downhill.

Officially known as The North Yungas Road, the route was constructed by Paraguayan Prisoners of War from the deadly Chaco conflict of the 1930s in order to connect La Paz with Las Yungas and the Amazon. In 1995, the Interamerican Development Bank declared it the “World’s Most Dangerous Road“, an unenviable moniker which is still in use today. An estimated 300 people per year perished here before construction of a newer road between La Paz and Coroico was completed in 2006. 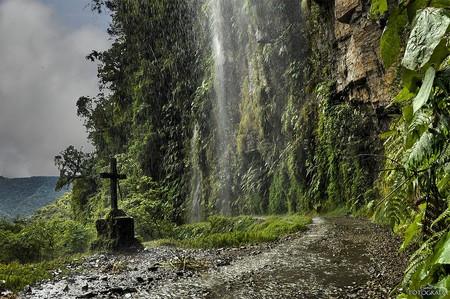 It’s kind of a big deal

Due to its deadly allure, the Death Road has been featured in everything from Top Gear and the History Chanel to Hamish & Andy and Tin Tin.

Not all tour companies are created equally

Dozens of adventure companies sell tours in La Paz, with prices ranging from US$50 to US$110. However, it’s important to keep in mind that in Bolivia, like elsewhere in the world, you get what you pay for. Cheaper outfits typically use rundown bikes and poorly trained guides. The best – albeit most expensive – company is Gravity Bolivia. 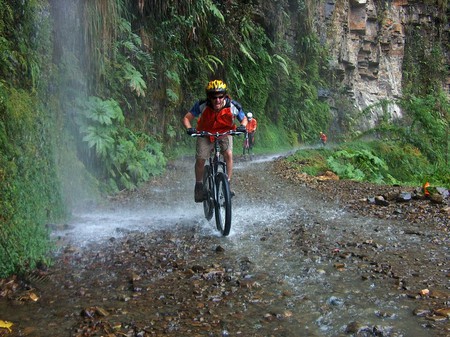 Biking through a waterfall! | © GilCahana / Wikipedia

No matter which company you ride with, always ensure your bike is in good working order before setting off. Both front and back brakes are obviously essential, although you should check the gears, wheel alignment, and tire pressure as well.

There will be oncoming traffic

Despite the construction of a safer new road, some vehicles still use the Death Road as it is the only route that connects certain destinations. With that in mind, never steer into a blind corner without checking for oncoming traffic first. 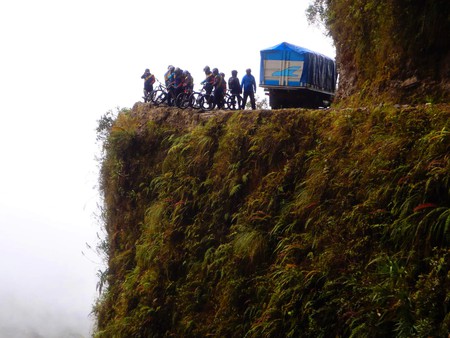 Everyone travels on the left

Contrary to every other road in the country, vehicles must use the left-hand side as this makes passing considerably safer. For downhill riders, this means sticking to the precarious cliff side. Drop-offs can be as high as 600 meters (1,970 feet), so try not to lose control.

The views are incredible

Los Yungas is truly magnificent, a lush cloud forest rich in vegetation which marks where the Andes drop down into the Amazon. Take in the views, by all means, but try not to get distracted enough to fall off a cliff.

There are lots of unexpectedly large rocks

Big rocks jut out of the road at seemingly every turn, potentially throwing unsuspecting riders over the handlebars or, God forbid, over the edge. Always ride within your limits to ensure you can react to these hazards in time.

You’ll be up at 6 a.m. and home well after dark, with many of those hours spent negotiating a tough rocky road in the humid tropical sun. For this reason, it’s a good idea to get a good night’s sleep and avoid ordering that extra pint of Paceña at the hostel bar the night before. 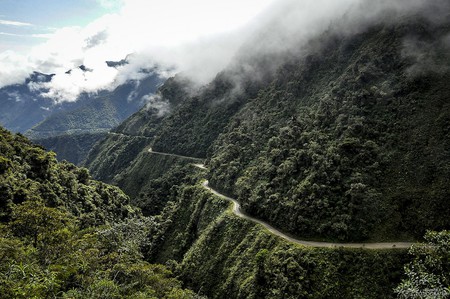 Travelers descend from snowy Andean peaks to the thick tropical jungle which means temperatures range from freezing to sweltering. Pack accordingly and bring a backpack to stash extra layers as the temperature heats up. Note that in the rainy season, slippery surfaces and the odd mudslide provide additional challenges. 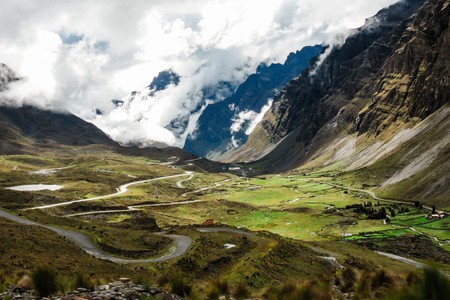 With this information at hand, you’re now ready to make it to the bottom in one piece and grab one of those coveted “I survived the Death Road” T-shirts for yourself.