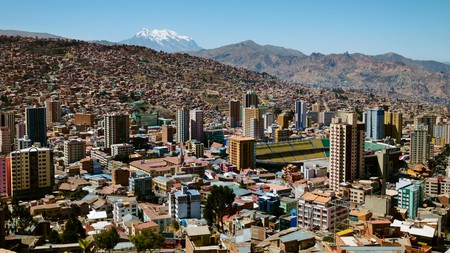 While official immigration statistics are difficult to source, it’s fair to say that this hard-to-reach city with a modest economy and notoriously difficult foreign investment regulations doesn’t compete with the likes of Singapore or Dubai as the world’s most popular expat destination. Nonetheless, La Paz is home to a small contingent of foreign residents who enjoy a low cost of living, spectacular natural scenery and an eclectic mix of indigenous and Latino culture. Let’s take a look at 10 somewhat exaggerated stereotypes of the expats who call La Paz home.

The English Teacher didn’t move to La Paz for the money, given that teaching salaries in Bolivia leave a lot to be desired. They came here for the culture, breathtaking scenery and perhaps to learn a bit of Spanish on the side. Some have lived and worked all over the world for years, while others are new to the profession (encouraged by the fact that many local language institutes don’t actually require experience or qualifications). You’ll find the English Teacher in their institute’s staff room discussing how to best explain the difference between ‘I used to’ and ‘I am used to’ to a pre-intermediate student. 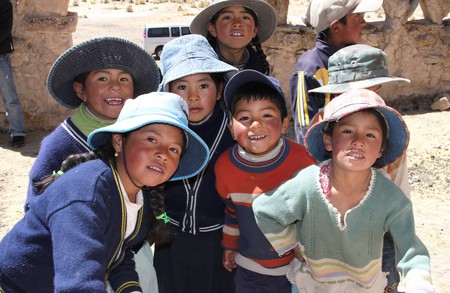 The South American hippy has had no fixed address for as long as they can recall, preferring to float around the continent in a marijuana-induced daze instead. They manage to scrape together enough cash for their daily expenses by performing circus acts at traffic lights, or selling homemade trinkets on a rug on the ground. You’ll find the South American Hippy bargaining ferociously for a discount on a monthly stay at the city’s cheapest hostel.

The Significant Other packed up everything they owned to move across the globe and settle down with the man or woman of their dreams. They do whatever it takes to bring in enough money to live happily until the time comes to apply for that ever-so-complicated partnership visa to their home country. You’ll find the Significant Other reluctantly socializing with their Bolivian family-in-law at a dingy local restaurant.

The Digital Nomad was naturally drawn to Bolivia for its reputation as being the cheapest country in South America. After all, a low cost of living directly equates to fewer working hours. What the Digital Nomad didn’t realize was that Bolivia has the worst, most unreliable and expensive internet on the continent. You’ll find the Digital Nomad on the phone to their ISP complaining about how their $#&% connection has been down for the last five @$#%ing hours. 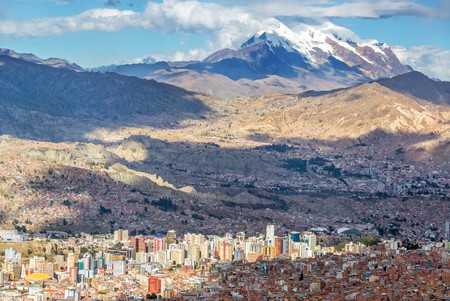 La Paz is a city in the clouds | © Jess Kraft/Shutterstock

The Business Owner decided to settle down long ago and quickly realized it’s much easier to make a living in La Paz when you get other people to do the work for you. Their bar/restaurant/travel agency might have taken forever to get going, but it has finally started to pay serious dividends. You’ll find the Business Owner in an upper-class San Miguel watering hole whinging to his buddies about excessive increases to the minimum wage under the Morales government.

The Retiree is fairly rare in La Paz due to the adverse effect the city’s cold climate and high altitude has on an aging body. While their compatriots flock to the warmer environs of Santa Cruz or Cochabamba, the Retiree calls La Paz home for its vibrant cultural scene (or more likely a significant other). You’ll find the Retiree discussing 401K regulations for expatriate residents in excruciating detail on the Expats Bolivia Facebook group.

The University Student ditched their home town in Brazil to take advantage of La Paz’ ridiculously cheap tuition fees. Their strong Spanish skills and Latino roots allow them to assimilate seamlessly into Bolivian life before they return home to put their newfound skills and expertise into practice. You’ll find the University Student complaining about their chosen institution’s lack of resources to anyone who will listen. 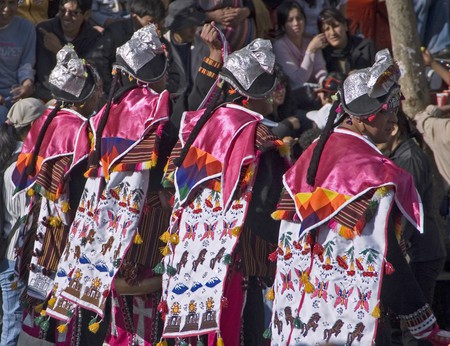 The Academic Researcher is using La Paz as a base to write their thesis about the ‘Effects of Climate Change on the Andean Hairy Armadillo.’ They’re ridiculously knowledgeable on the subject and are always delighted to enlighten others. You’ll find the Academic Researcher at a house party lamenting the fact that the Andean Hairy Armadillo is bordering on extinction and that it’s all our fault.

The Missionary moved from Salt Lake City to La Paz many decades ago to alleviate poverty by spreading the word of God. They’ve since set up a sizable NGO to convince the locals that their particular denomination of Christianity is the only one that won’t send them to hell (and perhaps do a bit of charity work on the side). You’ll find the Missionary at a small church in a poor neighborhood giving a powerful sermon to an enthralled group of worshipers.

The NGO Worker is a 20-something European with boundless energy and a passion for helping the less fortunate. They often speak proudly about not earning a paycheck and their altruistic ways, neglecting to mention the fact their savings account would make a Bolivian doctor blush. You’ll find the NGO worker in a Sopocachi café arguing over the political situation of some far-flung altiplano town that nobody else has ever heard of.