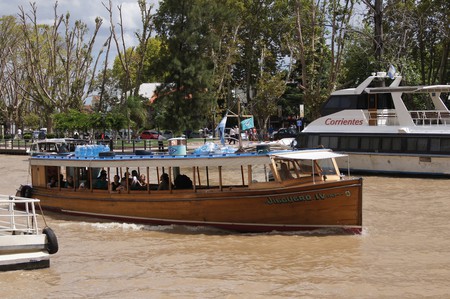 The magical beauty of the Tigre delta | © Jonas de Carvalho/Flickr

Tigre is rarely referred to as the Little Venice of South America, but perhaps it should be. London’s Little Venice is an oasis of canals, houseboats and beautiful Regency-style buildings, whereas Tigre is perhaps a more rustic, Latin version of this. We take a look inside this wonderful water world.

Tigre is a town located about 45 minutes by train outside the Argentine capital, Buenos Aires, and is located on the Paraná river delta. It used to be the haunt of well-to-do Argentines who would flock to Tigre to escape the heat of the city, but as other tourist spots and beaches further along the coast became more attractive with the advent of the rail network, Tigre waned in popularity. However, in recent years it has seen a resurgence, with many bohemian and creative types moving to the area to take advantage of both the nature and the culture present in this special little nook of the world. 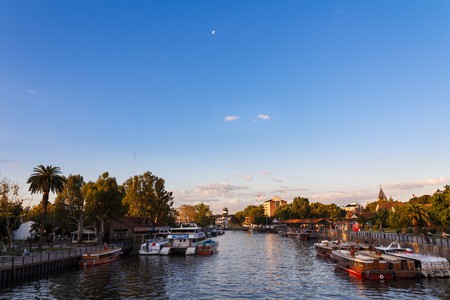 The town of Tigre is situated on the banks of the Paraná river, and around this area of the river delta the river is broken down by the presence of thousands of little islands, bisected and isolated by reed and plant-lined inlets and waterways. The silty water is muddy and brown, and the juxtaposition of the green of the vegetation with the murky delta water makes for an incredibly picturesque setting.

The islands are home to natives of Tigre, who can be seen rowing into the port on their kayaks or whizzing along on their speedboats; and also to vacationers, who, if they’re lucky, will maybe own a house on one of the islands, or more likely will rent one for a few weeks or even months during the summer. It is common for people to almost relocate to Tigre temporarily in the summer, and invite friends at weekends to share barbecues and indulge in the tranquility of the delta. 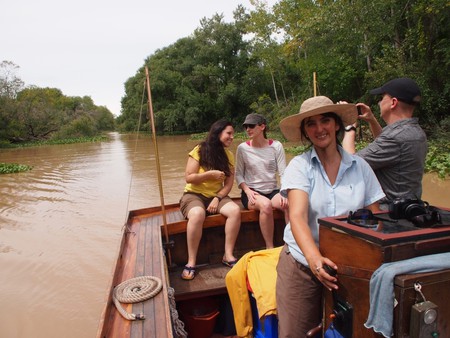 The rustic charm of the Tigre backwaters | © Skye 'n Charlie/Flickr

The center of town is the Puerta de Frutas, the main port where the water taxis and boats leave from, and also where the visitor information center is located, as well as ticket offices for tours and boat trips. The town of Tigre also has plenty to do for those wishing to experience some life on land before setting off on the water. The Museo De Arte has a wonderful collection of Argentine art, the Parque de la Costa amusement park is great for kids, the casino is perfect for those who are feeling lucky, there are a lot of quaint cafés and restaurants, as well as cute boutiques, shops, and galleries for anyone wanting to do some shopping. But, of course, the main attraction is its islands. 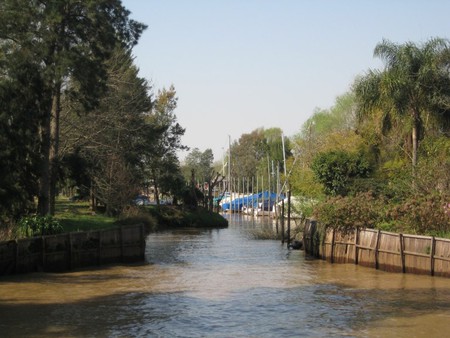 The delightful islands and waterways of Tigre | © Alex Skud Bayley/Flickr

There are lots of restaurants located on the islands, perfect for lunch on a day out to the delta. One of the best is Gato Blanco, a fine dining restaurant in a luxurious setting with great views out over the river. Tigre also has many beaches, some private, some public, where you can spend the day in the summer, tanning and taking dips in the water. If you are with a group, a great idea is to rent a party boat, where you can play music and dance the day away as you navigate the river delta, before docking and returning to the city in the evening. Tigre is unmissable, and definitely worth choosing over Colonia in Uruguay if you have a day to spare on your trip to Buenos Aires. It could easily take its place as South America’s Little Venice.