Top 10 Things To See And Do In San Telmo, Buenos Aires

San Telmo is the oldest neighborhood in Buenos Aires, Argentina’s capital city. Filled with cobbled streets, old colonial architecture and shady plazas, the area is popular with tourists. Here are the best things to do here.

San Telmo’s feria, or market, is held every Sunday throughout the year and is probably the area’s most famous attraction. Every Sunday locals and tourists fill up Calle Defensa and Plaza Dorrego to visit the many stalls selling antiques, hand-made crafts and souvenirs. Historically, the market began with just antique sellers on Plaza Dorrego. Over time the street that connects the plaza with the city’s most important square, Plaza de Mayo, has become full of stalls too. The feria is a great place to visit during the morning, since it’s a little quieter then (though still busy). Plus, Calle Defensa is packed with restaurants where visitors can stop for lunch after a morning spent shopping. 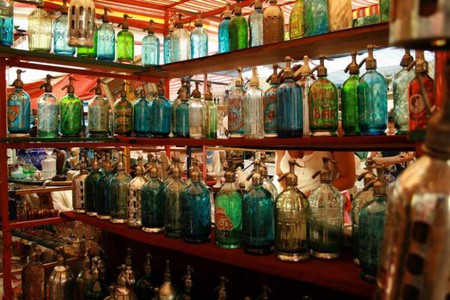 Thanks to San Telmo’s rich history, it is one of the best places in Buenos Aires to buy antiques. Not only is the Sunday feria a great place to shop for some old-fashioned collectable items, but throughout the week a stroll down Calle Defensa will take visitors past a huge number of specialist shops. While the Sunday market is cheaper, the shops around the area are more specialist and run by professional antique dealers. For serious collectors San Telmo is a great place to visit. Some of the top antiques shops include Silvia Petroccia, Guevara Art Gallery, and Gil Antigüedades, all found on Calle Defensa. 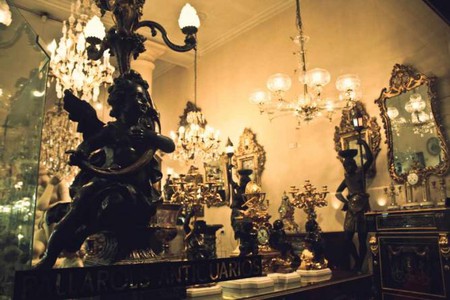 At one corner of Plaza Dorrego is an unassuming cafe, Bar Plaza Dorrego. This cafe is more than just a place to grab a coffee, however. Visitors will get a taste of the classic Buenos Aires cultural scene, such as the mosaic tiled floor, dark wooden tables, an old-fashioned bar and the walls covered in vintage tango memorabilia. As guests enter they are taken back to 1920s urban Argentina, the heyday of tango and the center of the Buenos Aires melting pot of European immigrants. The spot has a great atmosphere and character and embraces the area’s rich history.

This 18th-century Dominican convent has been a central building in Buenos Aires’ history. It was under siege during the British invasions of the early 19th century and was used as a museum when the Dominican orders were expelled about 20 years later. It now houses the tomb of Manuel Belgrano, one of the country’s national heroes of independence. The interior is in the classic Spanish colonial style, with marble and intricate painted details. Due to the convent’s excellent location between Plaza Dorrego and Plaza de Mayo, it’s worth stopping by when walking down to San Telmo from the city center.

Museum
Facebook
Email
Twitter
Pinterest
Copy link
Share
Map View
The main focus of Argentina’s National History Museum is the country’s independence revolution of May 1810, although the museum also covers the history of the country before the arrival of the European colonists. The museum is found in Parque Lezama, a picturesque green park in San Telmo. It is housed in a beautiful old colonial mansion with intricate arches and covered walkways. A great opportunity to learn about the country’s tumultuous history can be found here.
Open In Google Maps
1600 Defensa, San Telmo Buenos Aires, C1143, Argentina
+541143007540
Visit Website
Give us feedback

San Telmo is the heart of Buenos Aires’ tango culture. The large influx of immigrants saw San Telmo become the home of the working classes, and created a real cultural melting pot which created the dance. Today on Plaza Dorrego, professional tango couples and accompanying musicians will perform for the crowds. A number of the surrounding bars will have resident dancers performing on small stages while their guests enjoy a drink or a meal. It is also possible to book an evening at a tango show (most hotels and hostels sell tickets), which includes wine and a meal while the performances happen. Some good shows are held at Gala Tango and El Viejo Almacén. 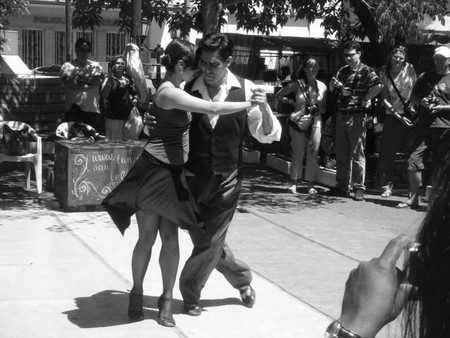 No trip to San Telmo would be complete without visiting one of Calle Defensa’s traditional parrilla restaurants. A parrilla is a traditional Argentinian barbecue with various cuts of steak, sausages, and often chicken and vegetables. Calle Defensa and the streets surrounding it are the culinary heart of the neighborhood, with parrilla restaurants filling the buildings not yet taken over by antique stores. While many of the joints are quite touristic, others have kept their authentic charm. They have waiters dressed in crisp uniforms and serve rich house wines. Some of the local favorites include La Brigada, Gran Parrilla del Plata, and El Desnivel. 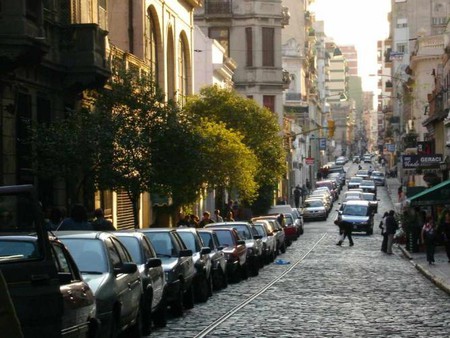 An alternative market to San Telmo’s Sunday feria and the area’s plentiful antique stores is Mercado de San Telmo. This is an indoor covered market mainly offering fruit and vegetables, but also some other quirky stalls too. The market was built at the end of the 19th century, and was designed by the same architect as Recoleta Cemetery with the purpose of catering to the increasing numbers of migrants living in the area. The original structure has been maintained, and features metal arches and columns with a glass dome at the center of the roof. It has been declared a National Monument due to its historic significance. 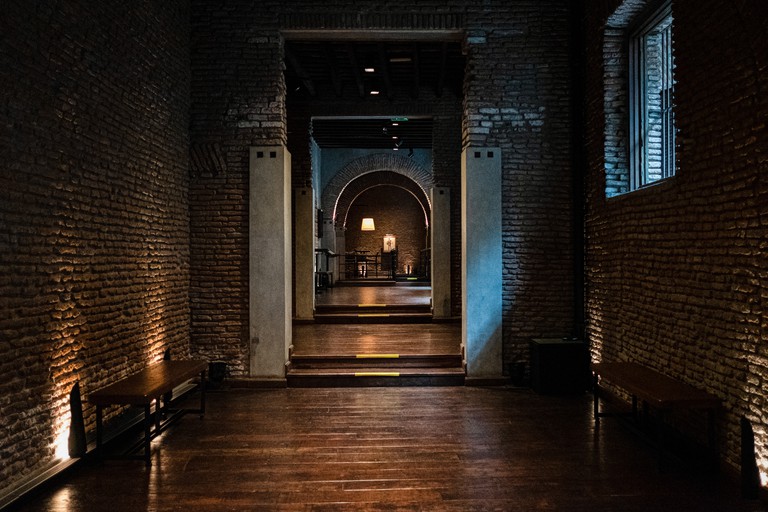 © Erica Canepa / Culture Trip
El Zanjón is a fascinating architectural and archaeological site: a refurbished old building which has revealed a system of tunnels and river tributaries underneath the city. ‘Zanjón’ is Spanish for creek, so the building is aptly named due to its surprising hidden water supply. Also, underneath the ground level the ruins of old colonial houses have been discovered. Visitors can take a guided tour through the tunnels, and learn about the many layers of San Telmo’s often mysterious history.
Open In Google Maps
755 Defensa, San Miguel, AAM, Buenos Aires, C1065, Argentina
+541143613002
Visit Website
Give us feedback

San Telmo’s largest park is Parque Lezama, which is a lovely spot for a relaxing stroll or picnic lunch. It is green and shady, and is popular with young families, old men enjoying a game of chess, and groups of all ages sharing a mate (a traditional drink). The park is named after its private owners from the mid-19th century, the Lezama family, who designed and landscaped the garden. It became a public park in 1894. In and around the park are the Museo Histórico Nacional and a stunning Russian Orthodox church, with a striking blue roof and made with materials shipped over from St Petersburg.