The Top 10 Things To Do and See in Córdoba, Argentina

Córdoba, capital of the eponymous province, has a rich history of culture and intellectualism. It is home to the National University of Córdoba, the oldest university in Argentina, as well as a number of monuments and buildings dating back to the Spanish colonial era. Today, Córdoba isn’t just known for its historical significance but also for its contemporary vibrance, offering an abundance of cultural opportunities. Here are ten of the top things to do and see in Córdoba. 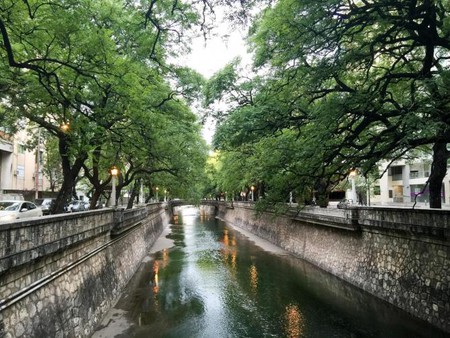 The Cathedral of Córdoba is the seat of the Roman Catholic Archdiocese of the province and is also the oldest church in Argentina to be in continuous service. Having been restored in recent years to its former glory, this National Historic Monument features frescoes painted by Argentine artists such as Emilio Caraffa and Manuel Cardeñosa, as well as a crypt in which many significant historical figures are buried.

Look for handicrafts at the Feria Artesanal

The outdoor crafts fair located downtown on weekend afternoons at Paseo de las Artes is the perfect place to get your hands on the finest artisanal goods the city has to offer. Vendors abound, selling everything from stunning handmade jewelry to children’s toys. If hunger strikes, skip the overpriced cafes ringing the area and instead go to one of the food stalls in the market to grab a delectable alfajor to nibble on.

This hip neighborhood in the heart of the city is full of bohemian restaurants and bars, making it an ideal area to grab a drink and dinner. Head to Don’t Worry, a funky and always popular resto-bar with a tropical theme on the corner of Belgrano and Laprida. Beat the crowds to grab a table, order a pizza for the group, and then peruse the extensive cocktail menu – we recommend the caipirinha. Afterwards, head to nearby Okupas to sample Argentina’s national drink of fernet con coca. 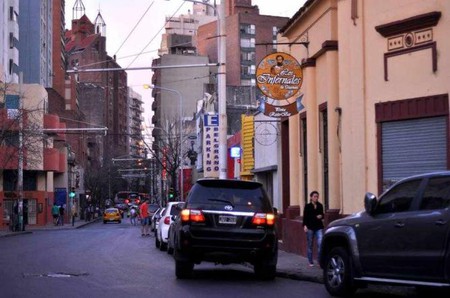 Take in the nightlife in Nueva Córdoba

The city’s beautifully landscaped canal bisects the city, and the canal-facing street of Marcelo T. de Alvear in the downtown area is chock-full of bars for revelers of all sorts. Start off at X Bar, a dimly lit locals-only spot, for a kiwi daiquiri that tastes so good it could believably pass as a breakfast smoothie. Then head down the block to Petalos de Sol – a subterranean hangout with mural-covered walls, rock and ska music blasting, and a free beer rolled into your entrance fee if you walk in before 2am.

Dance up a storm at Tsunami Tango

This cavernous milonga, or tango club, is always a good time. Take a tango lesson, available Tuesdays to Saturdays, or just stop by to watch the professionals and join in if you’re brave enough. What’s a trip to Argentina without a night spent dancing till the break of dawn? 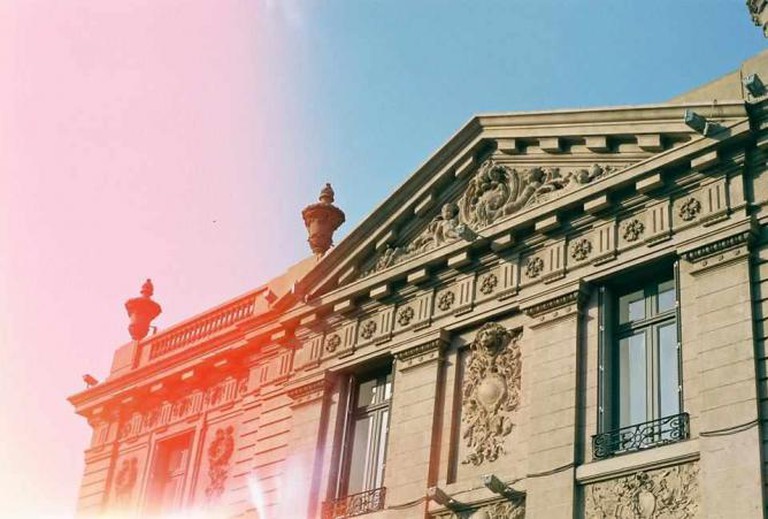 Museo Superior de Bellas Artes Evita | Courtesy of Madeleine Bazil
Known in Spanish as the Museo Superior de Bellas Artes Evita, this museum is housed in an opulent Beaux-Arts mansion that was formerly the home of Martín Ferreyra, a prominent doctor and businessman at the turn of the century. Take a gander at the collection of over 500 works by artists ranging from Goya to Picasso, and don’t miss the sculpture garden outside.
Open In Google Maps
511 Avenida Hipólito Yrigoyen, Córdoba, X5004, Argentina
+543514343636
Visit Facebook page
Give us feedback

Adjacent to the aforementioned museum is Córdoba’s largest public park, which contains verdant greenery, the city zoo, a rose garden, a duck lake, a natatorium, and an amphitheater, among other gems. On a sunny day, there’s no better way to sweat out last night’s fernet than by taking a walk through this lovely green space.

Get a dose of history at the Jesuit Block

The Jesuit Block and Estancias of Córdoba, a former Jesuit reduction and today a UNESCO World Heritage Site, comprises a central complex containing the University of Córdoba, as well as estancias in several towns throughout Córdoba province. The Jesuit Block, or Manzana Jesuítica, in downtown Córdoba, is a work of Spanish-style architecture and contains not only the university but also a church, a secondary school, and residences.

The city’s primary theater, concert hall, and opera house, this sumptuously-decorated institution was designed by Italian Argentine architect Francesco Tamburini in the late 19th century in an effort to mix Italianate details with the Beaux Arts style which was popular at the time. Check in advance what cultural delights are on tap.

Paseo del Buen Pastor was originally built in 1901 to serve as a chapel, monastery, and women’s prison. It has since been desanctified, and has been renovated to its current incarnation: a cultural center and performance space, offering everything from live music to art exhibits by local emerging creatives.