Recoleta Cemetery: What to Know About the World's Best Cemetery 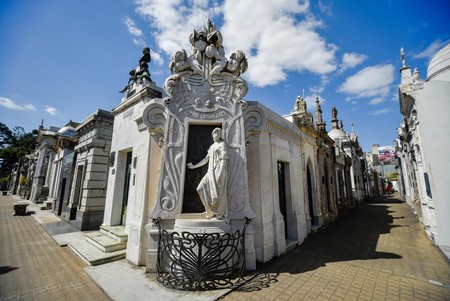 If you think of cemeteries as depressingly dark, underground affairs, Buenos Aires’ Recoleta Cemetery will turn that on its head – not least because most of the graves are built above ground. Here is our guide to this most quirky of resting places. 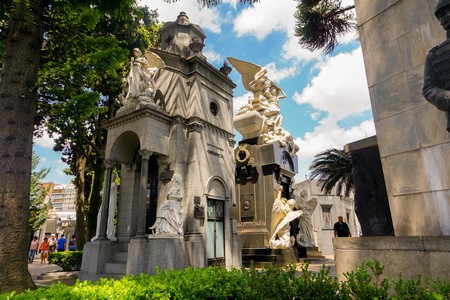 Considered one of the most unusual cemeteries in the world, the site was declared the city’s first official public burial place in 1822. Aside from being the resting place of the deceased, it is completely unlike a normal cemetery. The place is full of elaborately carved scroll-work and stately pillars that only reach up to your shoulder because all the structures are weirdly mini; it’s more magical than macabre. The burial site of Argentina’s most famous figures, including Evita herself, the cemetery is a must-do while in Buenos Aires. 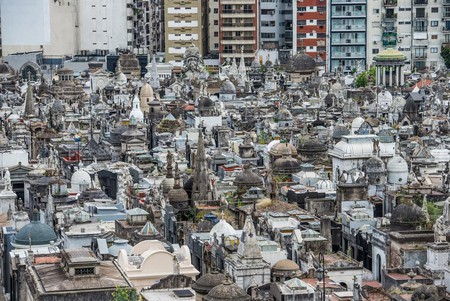 Located on a hill in the lovely neighborhood of Recoleta, make sure you pick up a map at the entrance because the place contains no less than 6,400 graves. Each one is unique, constructed in homage to a wide assortment of architectural styles – you’ll run into everything from Greek temples to miniature Baroque cathedrals. You could spend hours winding through the labyrinthine cemetery, so here are a few of the more interesting graves (and their stories) to keep an eye out for.

The final resting place of the nation’s iconic first lady, idolized by the public until her death from cancer in 1952, is actually not that remarkable – a rather dull, bronze affair, really – but it’s still a must-see. You’ll probably run into a few Argentines paying their respects while there. The most interesting thing about her grave has to do with how long the (then-military) government hid her body before finally interring it in the Recoleta Cemetery – it only took, um, 20 years. Read the whole saga here, or just skip to the end: “[Evita] lies five metres underground, in a crypt fortified like a nuclear bunker, so that no one should ever again be able to disturb the remains of Argentina’s most controversial First Lady.” 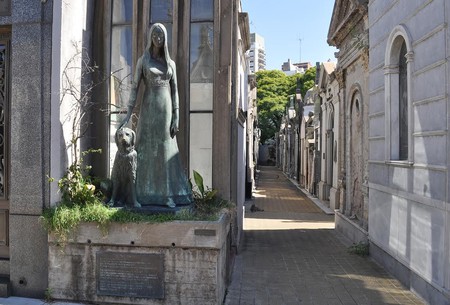 Here’s one for the story-books. Poor Liliana met a tragic end while honeymooning in the Alps – an avalanche unexpectedly killed her and her new husband. Her parents, Italian immigrants to Argentina, were grief-stricken. Her grave is said to have been modeled on their daughter’s childhood room and is made entirely out of wood and glass, not a stone used, presumably in silent protest of the killer avalanche. There’s a statue of her standing outside of the tomb, where she is accompanied by her dog Sabú, who allegedly died the same moment as Liliana despite being continents away from his 26-year-old mistress. Her tomb is located near that of Sarmiento, toward which there are signposts.

A claustrophobic person’s worst nightmare, Rufine was buried in 1910 at 19 years old believed to be in a coma, but the story goes grave-workers heard her screaming from the grave. When they dug her up, they reportedly saw evidence that she had unsuccessfully tried to claw her way out. Her distraught mother had the tomb rebuild in sumptuous Art Nouveau glory, complete with sculpted flowers.

This guy supposedly haunts the cemetery. A former grave worker said to have saved up his whole life to buy a fancy grave, complete with a statue of himself, Alleno committed suicide in 1960 and people say he still wanders the cemetery at night.

This grave is easily recognized, because it’s a miniature obelisk with a big condor on top. The country’s seventh president, a leader credited with organizing the educational system while criticized for his Euro-centric policies, Sarmiento designed the grave himself before he passed away in 1888 at the age of 77.

The Recoleta Cemetery is open daily from 8am to 6pm.