An Interview With Allie Lazar, the Most Famous Food Blogger in Buenos Aires 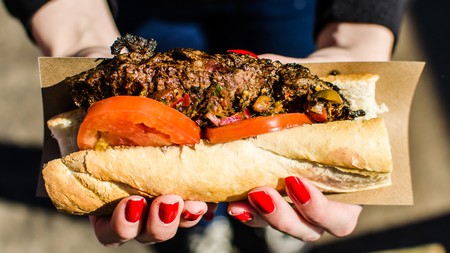 Allie Lazar is one of the best-known food writers in Buenos Aires. Having lived in the capital of Argentina for more than 10 years, she slowly but steadily grew an audience eager to read whatever she had to say about her lifelong passions: eating, cooking and writing about it. We asked Lazar for her insights into the food trends on the Buenos Aires food scene. 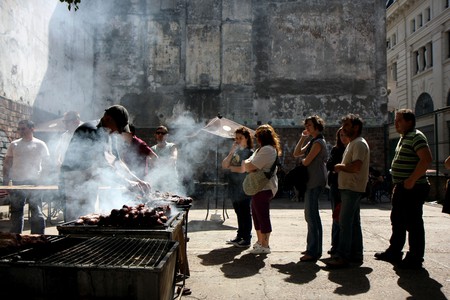 When Chicago-born Allie Lazar first came to Buenos Aires around 2006, she was studying political science at the University of Buenos Aires during a semester-long exchange program. She fell in love with what she calls this “wonderfully chaotic country” and decided to stay. A decade on, her food blog Pick up the Fork has became a full-time job that allowed her to write for some renowned publications. She has also taken Phil Rosenthal, from Netflix’s travel show Somebody Feed Phil, for a culinary tour around town and helped President Obama and his staff choose where to eat during his 2016 visit to Argentina. Lazar has become one of BA’s most famous food bloggers, thanks to her enjoyable self-awareness, her wit and and her love for both street food and intricate chefs’ tasting menus. 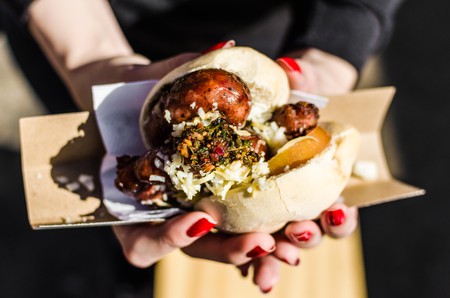 The choripan sandwich with chorizo, cheese and chimichurri is a staple in Argentina | © Aleksandr Vorobev / Alamy Stock Photo

Culture Trip: How did you break into food writing?

Allie Lazar: In 2009, I was 23 years old and working a desk job in Buenos Aires, but my favorite hobby was discovering great restaurants. So I began venturing to different neighborhoods, going out to eat and writing about my experiences. This was pre-social media era, so I started a food blog (blogs weren’t popular either, during that time), and shortly after, Pick up the Fork was born. I never intended for it to become widely read; I didn’t even know that being a food writer was a profession. It all happened organically.

CT: How did the food scene change in Buenos Aires ever since you started ‘Pick up the Fork’ back in 2010?

AL: The food scene has totally changed over the past 10 years in Buenos Aires, just like most places around the world. When I first started writing about restaurants, it was really hard to find variety other than pizza, parrilla, pasta and empanadas. Now it’s much more diverse. Back then social media didn’t really exist either, and that has also made a huge impact on the food scene by spreading word of mouth about restaurants.

CT: What are the local food trends that you love and loathe?

AL: I love that Porteños are becoming more culinarily adventurous and starting to acquire a taste for spicy foods and dishes from other cultures. But it’s tiring when you see terrible imitations of trends from abroad. Like, we really don’t need a spicy tuna sushi burger made with unseasoned long grain rice and stuffed with canned tuna and mayo filling. 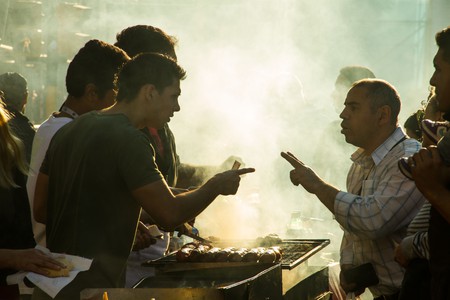 CT: What remarkable meals have you found in unexpected places?

AL: I tend to think that the most remarkable meals only happen in unexpected places. I try to go into most restaurants with a fresh slate, not having any real expectations; that way I’m not disappointed and there’s more room to be blown away by a meal. Some of my favorite things I’ve eaten in Argentina have been at random holes in the wall. Like, the best choripan I’ve ever had was at a street cart outside of the Feria de Mataderos – and when I tried to go back a second time, the cart was gone.

CT: If I come to Buenos Aires for the very first time, where must I dine?

AL: There are so many great restaurants it’s not fair to list which ones are the best. Instead, I like to make a checklist of the must-try foods and then give suggestions where to go to try those dishes. Everyone in Buenos Aires must try empanadas, ice cream, asado (and all the different cuts), choripan, Argentine pizza, milanesas, dulce de leche, revuelto gramajo, Fernet, aperitivos, wine… And then also try those places that put a unique twist on these classics.

CT: Favorite city in Argentina for dining outside of Buenos Aires?

AL: The empanadas in Salta are awesome. Mendoza also has a great wine and dining scene. 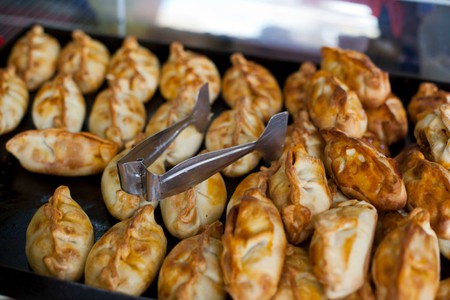 CT: There’s more to eating than the actual food; is there anything different to the experience of eating – whether it’s out or at home – in Argentina?

AL: Oftentimes I think that the people you are with are equally (if not more) important than the actual food. A lot of times I’ll choose restaurants not solely based on food quality, but by situations. Someone visiting Argentina for the first time doesn’t need to go to the fanciest steakhouse, but instead should also try a traditional neighborhood joint as part of the cultural experience. And if possible, attending an asado (barbecue) with friends or family is also a must.

CT: What is one thing you still look forward to seeing in the local food scene?

AL: I love when new ingredients are introduced to the local food scene. A few years ago, it wasn’t possible to easily find produce like jalapeños, kale, bok choy and sweet potatoes – but today, all of these ingredients are starting to pop up. I think in years to come the food scene will continue to grow and create a really interesting mix of traditional and modern Argentine comfort foods. It’s also interesting to see young cooks open up exciting and new restaurants, thinking outside of the box to cook creative dishes and flavors.