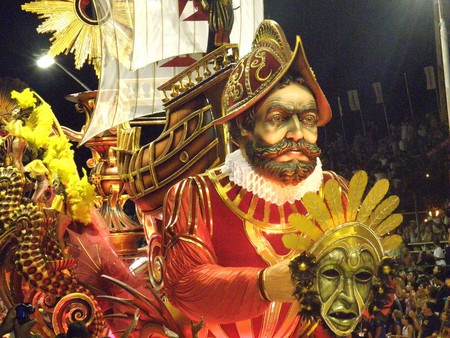 A float at Carnival | © sergio tano/Flickr

Carnival is one of the most important festivals in South America—a time of celebration, hedonism and debauchery. Brazil’s Carnival celebrations in Rio and Salvador are perhaps the most well known on the continent, but the Argentine city of Gualeguaychú doesn’t disappoint when it comes to Carnival festivities.

Gualeguaychú is a city located in the Entre Ríos province, about 230 kilometres (143 miles) north of the Argentine capital Buenos Aires. The city is known nationally and regionally for the incredible festivities it puts on for Carnival. This South American tradition was brought to Argentina by the Spanish, while in Brazil, where it is perhaps even more popular and famous, it was brought by the Portuguese, both in the 17th century. However, Carnival also has roots in African traditions, which are upheld today. 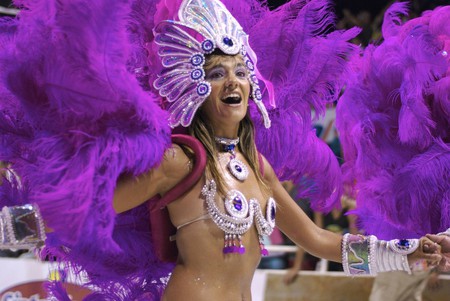 A performer at Carnival | © Kevin Jones/Flickr

Carnival is a communal celebration: city streets are taken over by local communities who spend months rehearsing their dances, songs and performances. It is one of the liveliest times of the year, and is an opportunity for people to gather together and celebrate during the summer months. Starting in January and finishing up towards the beginning of March, the most important Carnival celebrations take place around the middle of February, with a long weekend marking the holiday. In Argentina, the biggest celebrations are held in Gualeguaychú, a must-visit city this time of year for anyone looking to experience the wild and wonderful energy of a huge festival. 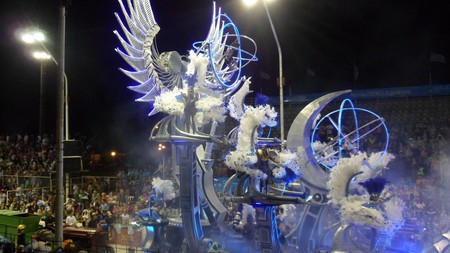 A float at Carnival | © guidipat/Flickr

Gualeguaychú’s Carnival is unmissable because of its scale and the commitment of the participants. Argentinian people take Carnival very seriously, but are even more serious about the fun that is to be had. Every weekend in January and February, the small city is transformed into a veritable hotbed of activity, with nightly parades and street parties becoming a staple of the weekend celebrations. Gualeguaychú’s Carnival takes the form of an elaborate parade, which is marched through the streets and features scantily-clad dancers in extravagant costumes and headpieces before ending up at their destination, the Corsódromo, at the junction of Piccini and Ayacucho Streets. Each float consists of the float itself, which can often feature huge models of mythical creatures teamed with participants who are from the particular area the float comes from, as well as dancers and performers who march energetically ahead of the float. Their dress can feature indigenous symbols and elements, and each float and its team battles it out for the crown given to the best float at the end of the night.

Along with being an opportunity to celebrate, the Carnival parade is a competition and only one float is crowned the winner when the night is over—there’s more at stake than simply having a good time. The teams are judged on costumes, synchronicity of choreographies and the floats, and how well they have stuck to their themes. It is a once-in-a-lifetime experience to attend the Carnival in Gualeguaychú, so if you missed it this year, make sure it’s on your bucket list for next year.