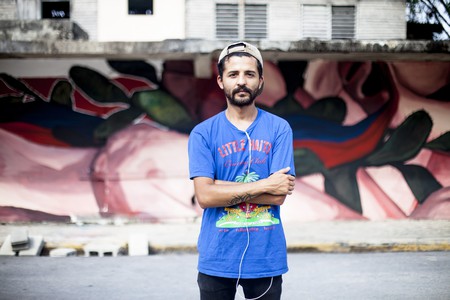 Nicolas Romero, also known as Ever, is a street artist and painter from Buenos Aires active in Argentina and abroad. The 31-year-old artist, whom you can follow on Facebook here, recently shared his thoughts on art – and his favorite Buenos Aires haunts – with Culture Trip. Read on to learn more about the emerging Argentine artist in an interview translated from Spanish:

What kind of role do you see street art having in urban society today?

I feel that in order to understand the role of murals, you have to go back to the roots, above all to what started it all: spray paint, created by the needs of modern capitalism – i.e. something that will paint a surface rapidly. That’s basically what’s happening with “street art” as well – the term can refer to both good and bad aspects of the movement. What’s dangerous is how private and political organizations are using “street art” as an asset, because it’s fast, efficient, and a media draw. We’re entering a phase in which it’s not the message that’s important, but rather the decoration of a determined space. The future depends on artists themselves, when they see that the role they play in the public space is to synthesize the truth with the spaces we share. A mural comes out of a question asked by the artist – what’s most entertaining is the debate generated by the question’s after-thought. There’s a lot of hype around street art right now, but its future deserves some reflection – it may be that the movement will only be fully appreciated once it’s gone.

Why did you choose to start out as an artist doing murals and street art? What drew you to that art form in particular?

I think the medium defined my adolescence. I didn’t conform with what I saw around me at that age; I wanted to do something that no-one, or only a few people, were doing in school. The fact that it started as a kind of secret world in which the city itself was the drawing paper made it all the more addictive. I think too that I was drawn to the communal aspect of the process – there’s a lot of interactions with people doing the same thing. As a medium, graffiti helped me go back and befriend painting and drawing. So I’m really grateful for what I took from it and what it gave me. 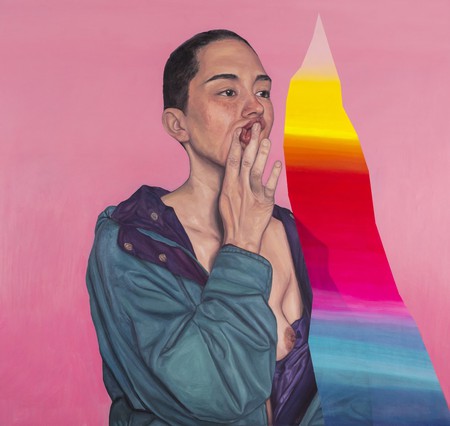 Art can change one’s perspective on the world. Are there certain ideas that your works try to introduce, suggest, or communicate to the viewer?

At first it always seemed like I should say things in my works, but later I got tired of that and decided to open up, to content myself with simply asking questions. The street is a space that’s constantly being interpreted – what one wants to say won’t always be seen by the viewer, that’s the beauty and tragedy of being a painter exposed to so many people. In my work I try to dialogue with the contradictions in belief systems, or take on specific situations related to the site where I paint, both the situation itself and the response to it. 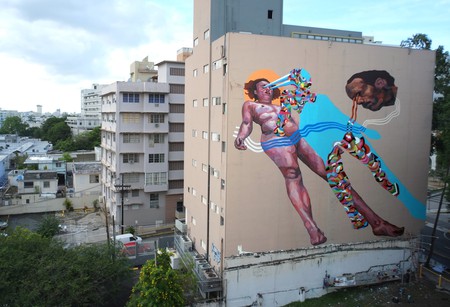 Can you talk about the role of bodily contortion in your works?

For that I’d refer to my readings of Foucault and Panopticism. That is to say, the idea of the body being controlled by an invisible entity that we can’t see. Bodily expression is more interesting to me than facial expression, for example – it can transmit many sensations. 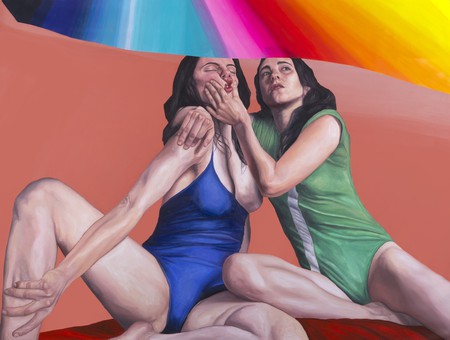 How do you think growing up in Argentina has formed you as an artist?

Being Argentine means you improvise constantly, because there’s always something you need that you don’t have. The institutions [to support the arts] may not exist, but the creative drive does, and you always find what you need – it might take a bit longer, but it happens. To be Latin American also means, in the artistic sense, that we always seem to “demand,” i.e. that we want to be heard. 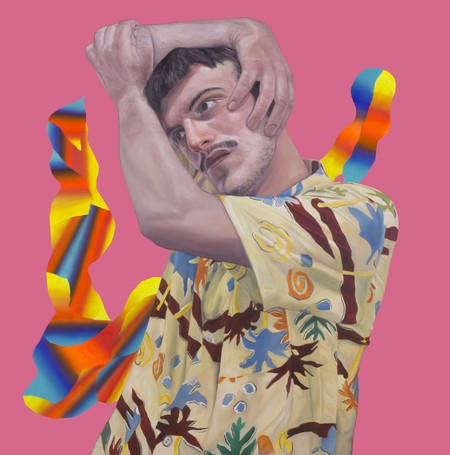 You travel quite a bit. What differences do you see between the cultural life in Argentina and the wider world?

The cultural movement in Argentina is pure, and that’s the good thing about improvisation in my opinion – it generates things that leave you asking, “how did they do that?” In other parts of the world there’s more institutional support throughout the process of a given project, be it by way of grants or academic support, whereas we learn the hard way, it seems. 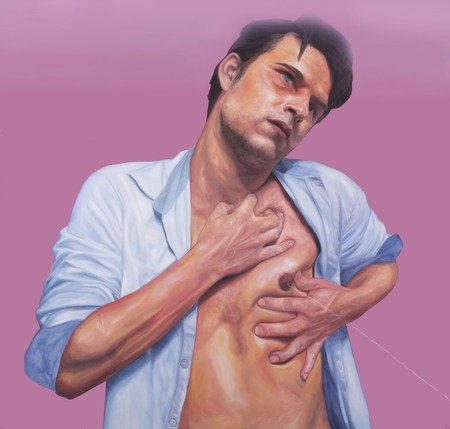 What are your top five favorite spots for inspiration in Buenos Aires?

Lo de Carlitos en Abasto, I love eating ceviche there and people-watching. The pizza place Las Cuartetas in Corrientes – my parents took me there after concerts and I would fall asleep on the table amid the smell of cheese. The ecological reserve has always seemed kind of absurd to me; I always go when I’m hungover and its silence calms me. Parque Centenario is my voyeurism headquarters and where I take naps. Don’t get me started on the best ice cream spot in the city on Corrientes and Rodriguez Peña – just thinking about the chocolate and dulce de leche ice cream makes my mouth water.