A Brief History of the Empanada 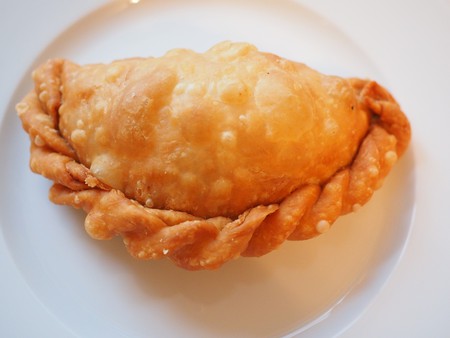 Empanadas are hand-sized savory pies that can be found all over South America. In Argentina, every province has its own variety. All follow the same basic culinary guideline — a soft pocket of dough that’s stuffed with a scrumptious, savory filling. 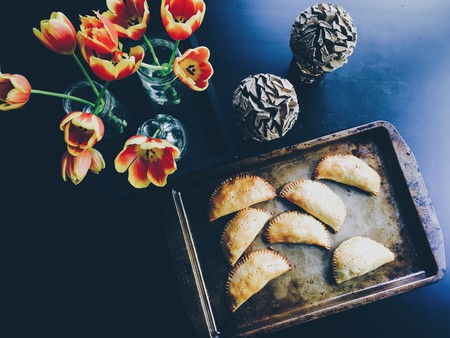 The origins of the empanada are not entirely clear, but it seems most likely that they first appeared in Argentina in the kitchens of immigrants from northern Spain, where the dish’s forebear was a larger, double-crusted pie cut into slices.

Once in South America, the empanada — meaning bread-wrapped — continued to evolve from a pie made with dough to individual pockets of pastry crust, often made with animal fat in beef-loving Argentina. The hand-held pies were baked or fried after being filled with whatever was available in the region at the time.

This continues to this day, despite the fact that a wide assortment of filling ingredients are now available throughout the country. In Buenos Aires, empanadas are usually filled with ground or minced beef, ham and cheese, chicken, or swiss chard often prepared with a Béchamel-like sauce called salsa blanca.

Those are the standard options, but if you go to a restaurant in Buenos Aires that’s specifically dedicated to empanadas, you’ll find many more. There you’re also likely to see a greater variety of shapes, because empanadas are formed to reflect to empanada aficionados what kind of filling they have inside. It’s a kind of culinary code. For the rest of us, there are menus.

A must-try are the empanadas from La Cocina in Recoleta (Pueyrredón 1508). Made in Catamarcan manner (Catamarca is a province north of Buenos Aires), choose the sweet-and-savory pikachu empanada for something a little different. Also the eggplant empanada sold at the Oro Verde dietética (a dietética is a health-food store) in the Buenos Aires neighborhood of Palermo is delicious. There are a lot of great empanadas to be had in Buenos Aires, however — check out these spots. 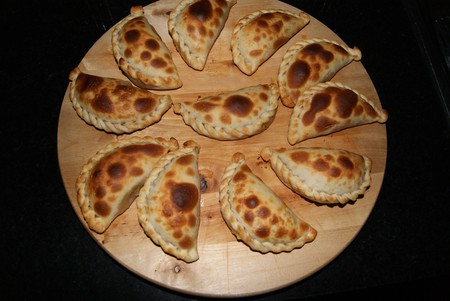 Once you leave the capital city, the empanada competition starts getting fierce. Every province claims a superior filling and the richest, flakiest dough.

Tucumán province so prides itself on its empanadas that it plays host to the annual National Empanada Festival, where a traditional filling is mondongo, i.e., tripe, or cow stomach. The province of Entre Rios to the north of Buenos Aires has an empanada that’s stuffed with rice which has been soaked in milk.

Up in Argentina’s far north, in Jujuy, you can find empanadas filled with goat or llama meat. In the lush central province of Cordoba, they make them sweet-and-savory, often containing sugar, beef, raisins, potatoes, and olives.

If you’re gluten-free, your best bet is the northern province of Misiones, where you can reportedly find empanadas with a crust made of mandioca flour, which is made from the yucca root.

When all’s said and done, wherever you eat your empanada, you’re bound to enjoy it. But try to find them homemade (casero, in Spanish), and don’t by shy to ask if you’re not sure. Argentines are mighty proud of their empanadas, so they’re going to want you to have the best possible empanada experience — let them guide you to a good one.