Adventure seekers will find Argentina caters for all of your desires, offering everything from roaring waterfalls to jaw-dropping glaciers. Don’t miss these nine amazing places to see across the country.

It is hard to imagine the extreme drama of Iguazu: 275 roaring waterfalls tumbling down the side of a colossal bulk of rock as high as the Statue of Liberty that straddles two countries amid 2,250 square meters of parkland. See for yourself from the platform overlooking the Devil’s Throat – the most ferocious of all of the waterfalls – where visitors can get a compelling view of the falling waters as they churn up a cloud of sound and spray. Access the waterfalls on the Argentine side from the town of Puerto Iguazu for a pleasant stopover on the way to one of the world’s most extraordinary natural phenomena. 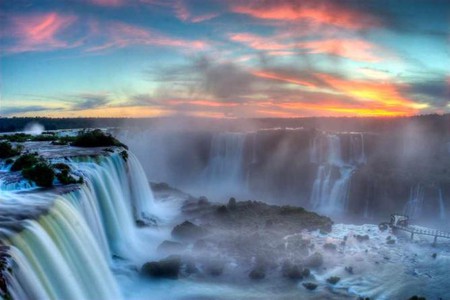 Many may recognize the name Mendoza from the bottle of your favorite Malbec. It’s Argentina’s legendary wine country where countless rows of twisted vines are backed by snow-capped peaks of the Andean cordillera. Drinkers here usually start in the capital of the province to hire bikes and cycle around the various vineyards and bodegas taste-testing the local offerings, but adventure enthusiasts have plenty to entertain them too, from climbing the 22,841-foot Cerro de Aconcagua, the continent’s highest mountain, to rafting the rushes of the Rio Mendoza. 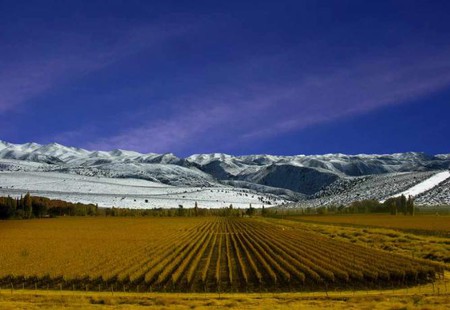 Don’t forget your sunglasses for the dazzling Salinas Grandes – Argentina’s vast salt desert spread across 525 square kilometers to the northwest of the country. The remnants of a prehistoric lake, these otherworldly plains today are used mainly for mining – look out for little mounds of salt staggered along the vast crusty expanse of white. Otherwise, you’ll come across little more than a couple of artisans selling llama ornaments carved out of salt on the side-lines and the odd tourist taking proportion-distorted photographs. 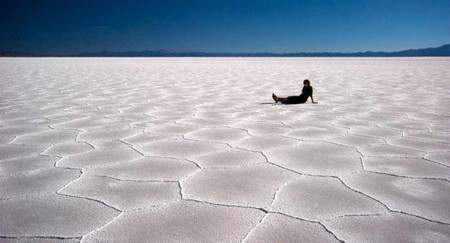 Lovers of empty spaces will find Argentina’s Lake District – the northwest chunk of Patagonia – an awe-inspiring natural wonderland. Covering 400,000 square miles (roughly one and a half times the size of the UK), the immense wilderness that seems to stretch into infinity dips and soars between jagged mountaintop glaciers and crystalline lakes, arid plains and emerald forest to offer a thriving playground to outdoor adventurers. Head first for the pretty Alpine town of Bariloche which is the gateway to Argentina’s first national park, Parque Nacional Nahuel Huapi, and the legendary Ruta de los Siete Lagos (Seven Lake Route). 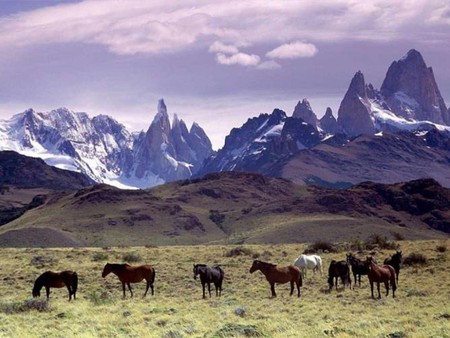 In the northerly province of Jujuy, the Unesco-listed gorge of Humahuaca snakes down from the Bolivian border along the ancient Camino Inca that begins in a high desert plateau and ends 150 kilometers north in the valley of Rio Grande. This natural corridor cuts through sun-scorched, cactus-dappled scenery where eroded crags and multi-colored mountains take on an otherworldly allure. Various day tours from Salta or Jujuy follow hiking trails past the photogenic Cerro de los Siete Colores (Hill of Seven Colors), that looms majestically over the hamlet of Purmamarca where you’ll find local life of the indigenous people little touched by modern times. 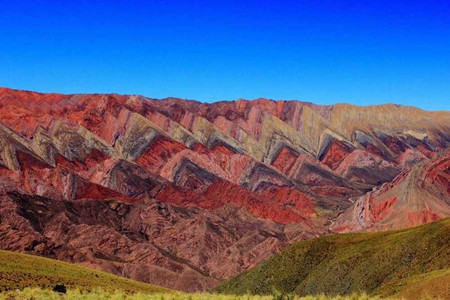 The official name of this mysterious protected parkland in the northeast of the San Juan Province is Ischigualasto which is believed to be of Quechua origin to mean ‘place where the moon sets.’ It certainly deserves its extraterrestrial epithet as a land where arid and eerie plateaux are guarded by scavenging birds and paleontologists come in search of dinosaur fossils. Visitors can explore the plains in four-wheel drives, stopping off to soak up the silence and gawp at the bizarre rock formations carved over ages by the searing desert winds. 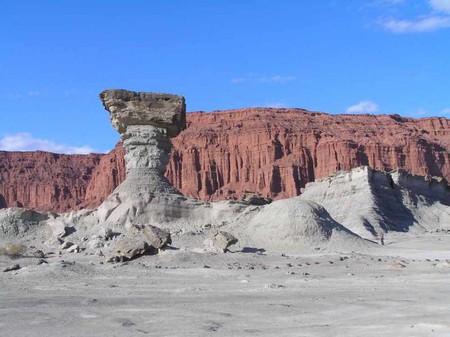 The exalted glaciers in the southern sector of Los Glaciares National Park draw awe-stuck nature lovers from far and wide. The centerpiece is the breathtaking Glacier Perito Moreno – one of the world’s most accessible ice fields. From a series of vantage points you can watch and photograph enormous icebergs on the glacier’s face cave and crash into the Canal de los Tempanos – the Iceberg Canal. Tour companies mainly based in El Calafate run trekking and boat trips within the park. 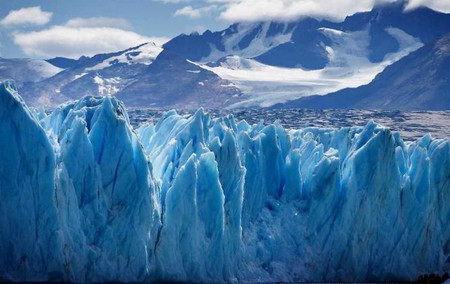 Still one of Argentina’s secret natural gems, Esteros del Iberà is the second-largest wetlands in the world and one Argentina’s finest wildlife-spotting areas. Criss-crossed by a series of lagoons, marshes, floating islands and hidden creeks, the wetlands are best explored by longboat from where you can watch caiman sidling out of reeds, otters paddling in the shallows and listen to the chorus of an astonishing array of birds soaring in the trees. It’s also a great spot for seeking out the elusive capybara – the giant semi-aquatic rodent only found in South America. 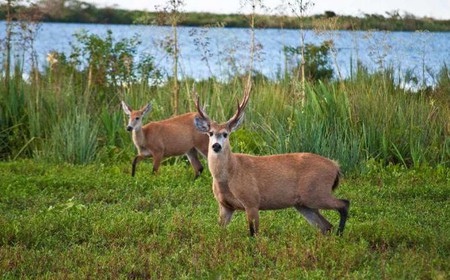 Travel to the end of the earth and you’ll reach Tierra del Fuego, or ‘Land of Fire’ – venture further and the next step is the Antarctic. The remote archipelago is cut off from the world by the Strait of Magellan, and steeped in a colorful history full of pirate adventures and failed religious missions that only adds more mystique to the remarkable landscape. Most head to Ushaia, one of two of the important towns in the area, which is used as a base for Antarctic expeditions as well as various outdoor activities including kayaking and hiking. 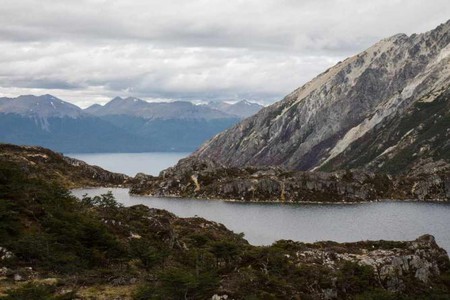