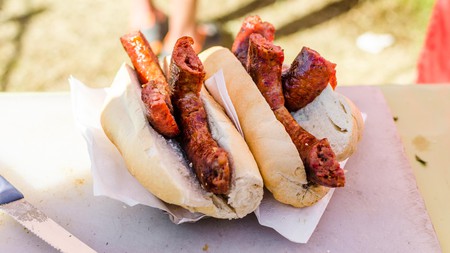 Forget the diet when looking for Argentine dishes to try. From milanesa to alfajores, your effort to shrink the beltline is wasted. Not to worry. Along with the increase in inches and pounds, you’ll carry memories of the most flavorful dishes you’ve tasted. There are hundreds of restaurants, cafés and sidewalk eateries in Buenos Aires. In most barrios, it is impossible to walk one block and not pass at least three. Be brave. Pick one. Grab a seat and order from this list of foods you don’t want to miss.

A dish brought to the continent by immigrants during the Italian diaspora, milanesa is primarily made from beef or chicken, with meat hammered thin and then rubbed in breadcrumbs before being baked or fried. Typical toppings include fried egg, cheese or tomato sauce. 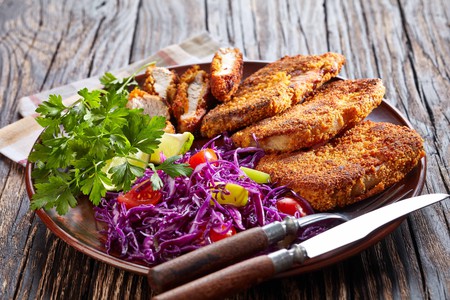 Often served as an entrée at a barbecue — or asado – chorizo is usually made from pork, but boar sausage may also be found in some eateries. Choripan is also a must-have before any futbol match and is carried by taxi drivers making choripan the Argentine street food of choice. Available in numerous blends, the most popular include caramelized onions, pickled aubergines, and green peppers as well as other condiments. 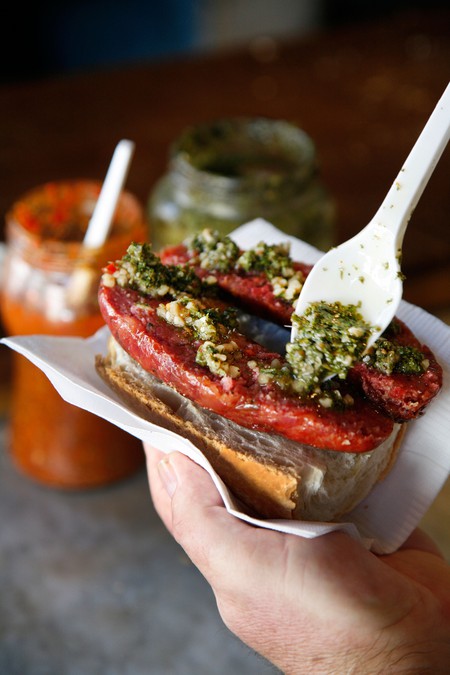 With a more rustic and earthy tone than beef, llama steak’s fat content is lower than traditional steak and thus a healthy alternative. Llama steak can be sampled in empanadas, stews as well as a standalone steak.

Argentine ice cream is thick, creamy and reminds many of Italian gelato. Top off a bowl full with dulce de leche (caramelized milk and sugar sauce) and be ready to forget your diet. 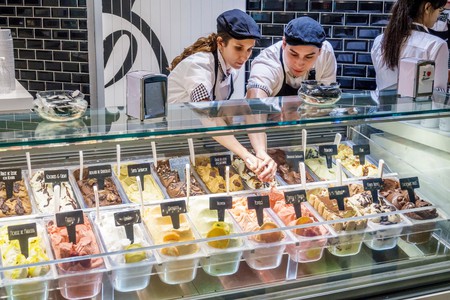 The thick crusts of Argentine pizza go light on tomato sauce and compensate with loads of Argentine-style mozzarella cheese. The most popular garnishes are green olives, oregano, and dried chili.

A national dish served on May 25 to celebrate Argentina’s May Revolution, this stew is made from corn, tripe, red chorizo as well as beef or pork. Often other vegetables are tossed in. 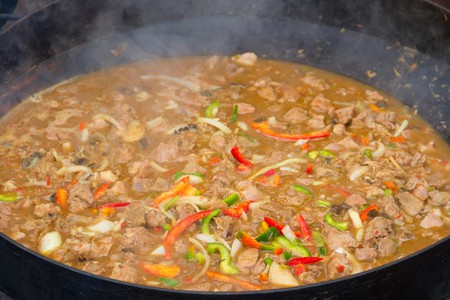 Asado is both a gathering around a barbecue with friends and a method of grilling. An asado is a multi-step affair that often lasts several hours. Entrées include blood sausage, beef sweetbreads, and chitterlings. The key to finding Argentina’s spirit is through an asado. Spend a slow afternoon next to a grill and feast on grilled meats. Patagonia-style eateries roast a whole lamb or pig over an open flame. Topped with chimichurri and lightly salted, there’s not much better than asado and a glass of Malbec.

Humita is both a snack and main course. Made with fresh corn and milk, humita also has onions, spices, and goat cheese. Folded into corn leaf, the whole humita is steamed or boiled. 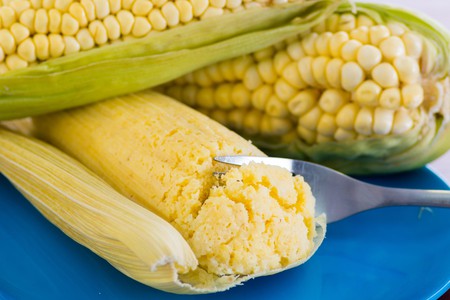 Argentines slap a whole new meaning to grilled cheese with provoleta. Pungent and sharp, the sliced cheese is topped with oregano and chili flakes before being grilled. Grilled in a specifically sized skillet or foil, provoleta is made from cow’s milk and is topped with oregano. Good provoleta is slightly crisp on the outside, and the inside is melted. Drizzling the top with olive oil brings out the flavors.

Stuffed dough pockets, empanadas are baked or fried and filled with meat or vegetables. Frequent fillings include chicken, cheese, ham or blue cheese. A gift passed from the Moors to Spain to Argentina, empanadas are hot, cheap and popular, and started within the working class. Dessert empanadas are filled with quince jam or dulce de leche before being sprinkled with cinnamon or sugar. 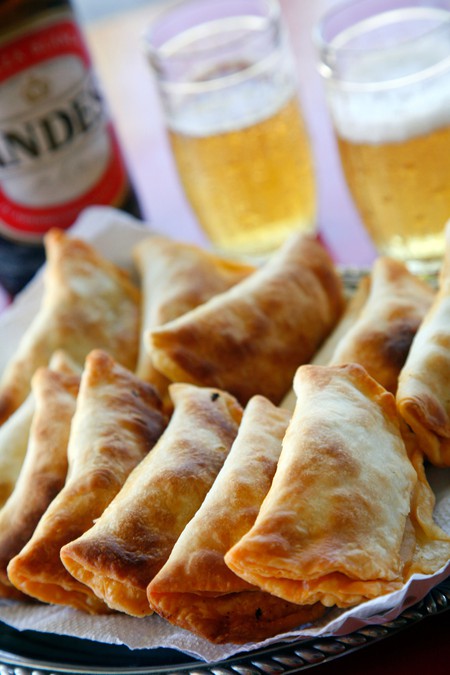 Alfajores are crumbly, shortbread-like biscuits with a jam, mousse or dulce de leche filling. Alfajores’ origins are in the Arab culture and taken to Spain by the Moors. Spanish explorers brought the sweet delicacy to Argentina. Argentines consume alfajores for breakfast, dessert and, well, all throughout the day.

Stroll down any avenida in Buenos Aires, and someone will pour hot water into a gourd, drink some through a straw and pass it to a friend. The friend repeats the process and returns the gourd. Yerba mate is a bitter herb high in caffeine and brewed like tea. Consumed from a hollowed-out gourd, it’s drank through a metal straw-like device — bombillo. Mate is always shared with someone which makes it a social activity. If some is offered to you, take it. Offering mate to a stranger is common. 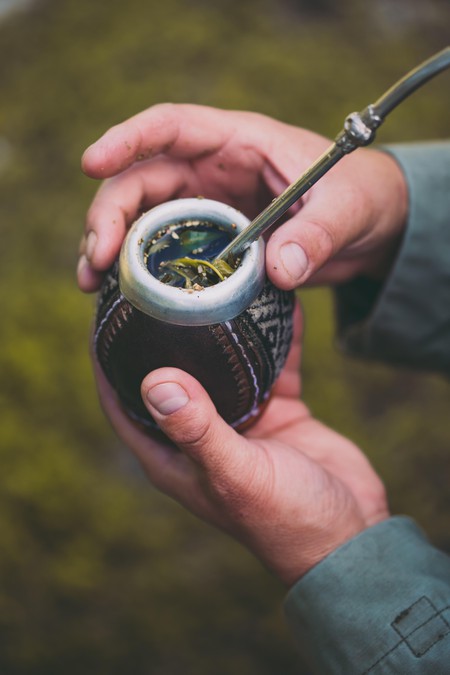