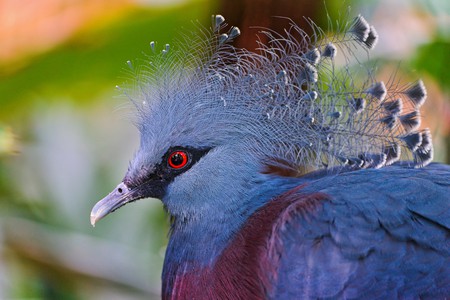 Thanks to a lack of predatory animals and diverse conditions, Papua New Guinea’s birdlife is thriving. The country has a number of unique and beautiful bird species, with their habitats ranging from coastal areas to right up into the highlands.

The Raggiana is one of several Birds-Of-Paradise species found in Papua New Guinea. The bird is common throughout rainforest areas in New Guinea and is easily identified with its maroon body and long tail feathers. 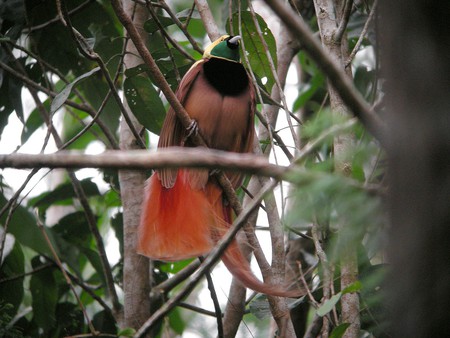 This bird is quite a splendid-looking bird with its blue-grey body and striking feather crest with white tips. They are usually found in coastal areas but have been seen up in the hills. 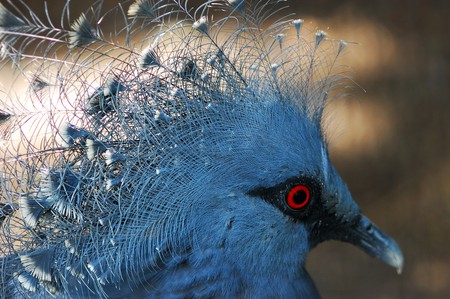 This particular Bird of Paradise species has the longest tail feathers of any other bird of its size. In fact the tail feathers alone can grow to over three times the length of the bird’s actual body. It is a near-threatened species, due to it being hunted for its tails and loss of habitat. 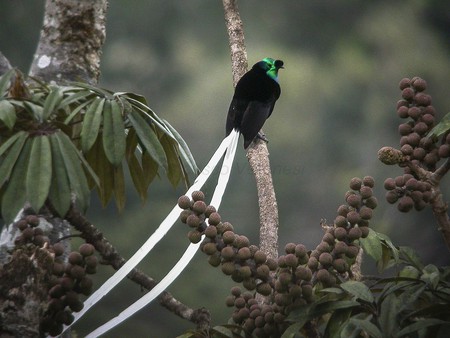 These cassowaries are native to the Papua New Guinea tropical rainforests, nearby islands and the northeastern part of Australia. The birds are typically quite shy, but if they are provoked, they can cause serious harm to dogs and even people due to their size and sharp claws. 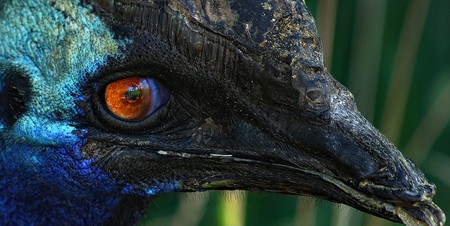 The lowland pelotas is also known as the clicking shieldbill due to the unique clicking sound it makes when calling. It is found in subtropical and lowland forests in Papua New Guinea and parts of Indonesia. It’s a reasonably common bird in these countries, marked by its white strip from its eye and bright red plumage on the bottom part of its body. 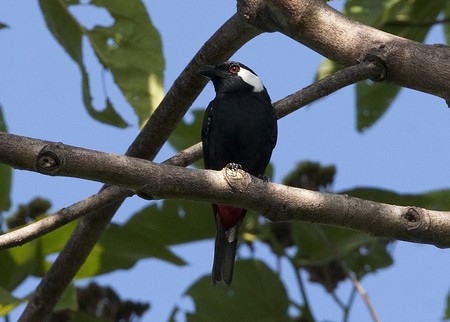 The Blue Bird of Paradise is endemic to Papua New Guinea. It has striking blue plumage, which has sadly contributed to the declining population due to the adult males being hunted for the plumes. The species has also suffered a loss of habitat as a result of forests being cleared. 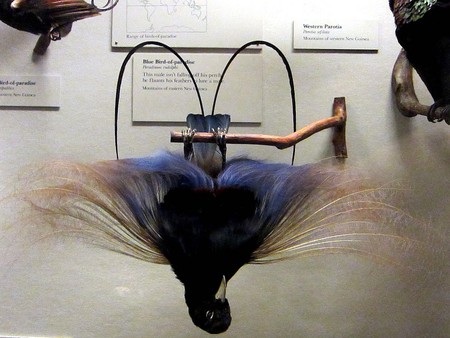 Taxidermy of a blue Bird of Paradise | © Allison Meier / Flickr

The brown sicklebill is one of several sicklebill species found in Papua New Guinea. It’s easily distinguishable due to its long, curved bill. It’s relatively widespread throughout Papua New Guinea and near the Indonesian border. 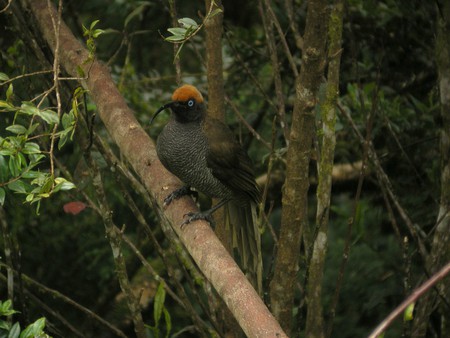 The Winking Owl, also known as the Barking Owl, is found in parts of Papua New Guinea as well as in Australia. It’s a nocturnal bird with large eyes and with a yellow iris. Its call is unique — loud, explosive and could almost be mistaken for a small dog. 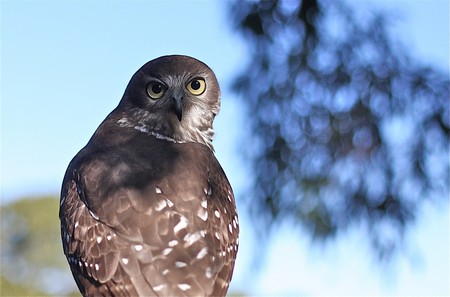 The barking own, also known as the winking owl | © Navin / Flickr 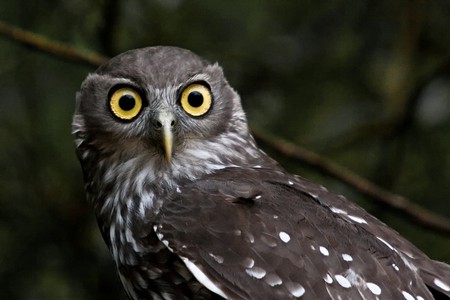