The Most Thrilling Adventure Activities in New Zealand 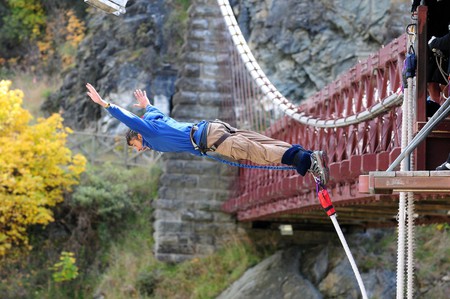 Adventurous thrills are practically a given in a land of sports-mad Kiwis. Visiting adrenaline seekers will have their pick of epic experiences as soon as they touch down in New Zealand – no matter where in the country they are heading. Just look at some of the awesome attractions you can take part in.

Bungy jumping in New Zealand is practically an adventurer’s rite of passage. But did you know that the country was a pioneer in the activity’s commercialisation? AJ Hackett is to thank for making this leaping attraction a worldwide phenomenon: his operations in Queenstown’s Kawarau Bridge were the first to take the bungy from its traditional Vanuatu roots into the thrilling tourist realm.

Nowadays, visitors can still revel in the original Queenstown site. They can also get their bungy fix in various other places like Auckland (the Sky Tower and the Harbour Bridge being the key go-tos) and Lake Taupo – the latter is a great alternative if you want to be able to touch the water down below.

A bundle of roped-up adventures

While we’re talking about ropes and harnesses, we have to mention AJ Hackett’s other pioneering invention: the Nevis Swing. Also based in Queenstown, this is the largest rope swing of its kind anywhere in the world. It’s perched at a gravity-defying height of 134 metres (439.6 feet). If you don’t feel like swinging up and down on your own, you can even try the Nevis experience in tandem.

Ziplining is another rope-based activity that you should keep on your radar. You don’t need to look too far out to find the ideal place to glide through: venture into the forests of Waiheke Island to whizz past the trees as you bask at the picturesque Auckland Harbour; head to Rotorua for a three-hour zipline through the massive wilderness; fly through the treetops of Queenstown’s Bob’s Peak to tap into the steepest ziplines in the world; or make your way over to the South Island’s West Coast to immerse yourself in the forests while also catching sight of some glowworms. 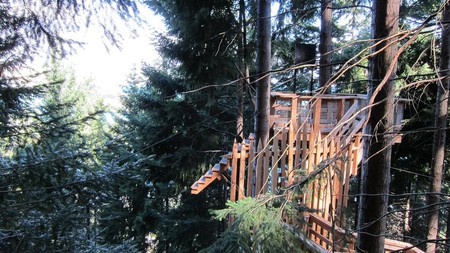 Crawling through the caves and canyons

Waitomo’s wondrous cave systems are world-renowned – not just for their stunning glowworms, but also for the narrow passageways and awesome limestone formations that make them some of the country’s most desirable spelunking destinations.

Nelson is another place that offers plenty of caving opportunities, as well as being an optimal location to try some canyoning. Right on your doorstep you’ve got the canyons surrounding Abel Tasman National Park, Kahurangi National Park and Mt Richmond Forest Park. Expert cavers should take a look at Harwoods Hole; everyone else should check out the Ngarua Caves on Takaka Hill.

Queenstown and Wanaka are also great go-tos for canyoning. Wanaka in particular is notable for its deep canyon tours that incorporate everything from hiking to swimming, rock climbing and rappelling. 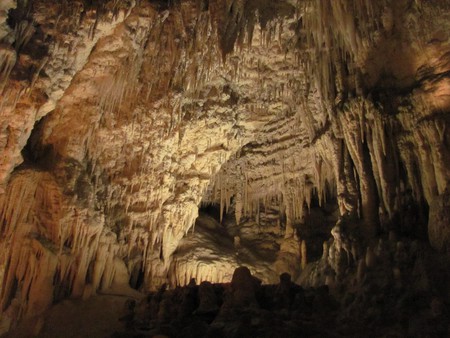 Aquatic adrenaline rushes are a given in an island nation like New Zealand. Whether you opt to immerse yourself in the oceans, canyon gorges, lakes, cave creeks or freshwater rivers, you’ll be spoiled for choice when it comes to getting active on the waterways. 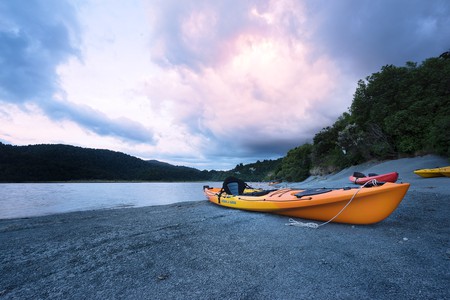 Kayaking is incredibly popular in the summer months, and you pretty much do it just about anywhere in the country. Some of the top places people opt for include Abel Tasman National Park, Rangitoto Island and Lake Wanaka. Those in the mood for a freshwater alternative should set their sights onto the North Island Whanganui River – particularly Whanganui National Park.

For a motorised rush, try a bit of jet boating. This thrilling ride can be experienced in Auckland, Queenstown and Lake Taupo.

Rafting is another awesome experience to put on your bucket list. Add some underground exploration into the mix by opting for a black water rafting tour of Waitomo Caves, or visit Rotorua to try some white water rafting along the Kaituna River rapids and its gushing waterfall. 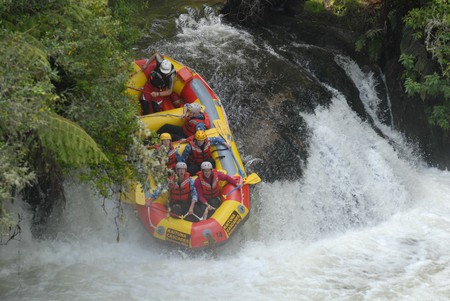 Ever wanted to leap off an airplane and land on a powdery ski slope? Then consider making it your mission to fly over snowy alpine ranges of Queenstown, Wanaka and New Zealand’s highest mountain, Mt Cook. If you’re Christchurch-bound, there are heli-skiing operators in the town of Methven (just a couple of hours away) that will take you on on a heart-racing trip to the Canterbury region’s iconic Mt Hutt ski field. 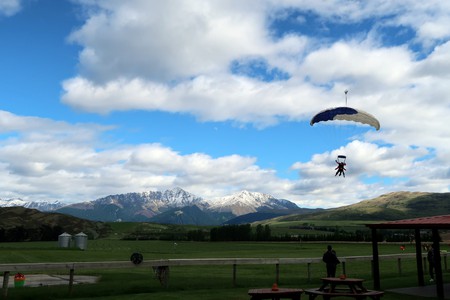 Those with an affinity for skydiving will be spoiled for choice when selecting their desired adventure terrains – there are many tours of this kind throughout New Zealand, from tandem leaps to solo plunges. Make the experience more iconic by adding a glacial aspect into the mix: Skydive Franz offers a scenic 360-degree jump down towards Fox and Franz Josef Glaciers.