The 8 Most Beautiful Spots on the Tongariro Alpine Crossing, New Zealand 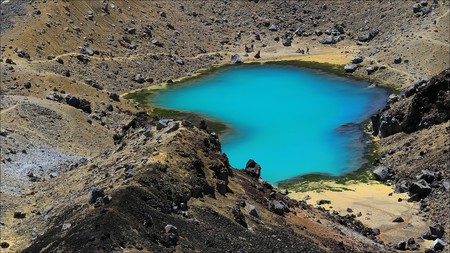 The one-day trek over the Tongariro Alpine Crossing will unveil some of the most spectacular natural features New Zealand has to offer. The route is lined with dramatic mountainous vistas, epic volcanic formations and some of the finest glacial lakes you’ll ever see. If you’re considering exploring this awesome hike for yourself, take a glimpse at eight wondrous sights you can look forward to.

The Emerald Lakes are a series of vibrant glacial waterways that fill up the explosion craters near Mt Tongariro. Dissolved mineral matter that has been washed down by thermal areas along the neighbouring Red Crater is partly to thank for the lakes’ remarkable colours. You’ll get the best views of this iconic feature around the final two stretches of the Tongariro Alpine Crossing, between the Red Crater and the Ketetahi Shelter.

The Devil’s Staircase is a steep section of the Tongariro Alpine Crossing that, at its highest point, rises to 1,600 metres (5,249 feet) above sea level. The climb requires extra care because of the rugged lava flows and volcanic deposits it passes through, but its views completely make up for it: on a clear day, one can even admire Mt Taranaki’s perfectly symmetrical summit from a faraway distance.

Mangatepopo Stream is one of the first sights trekkers will come across during their journey. As one walks from the Mangatepopo Road (the starting point for the Alpine Crossing), and over the flat board tracks and continues up the valley, the stream comes into view. As you contour the river and ascend to Soda Springs, make sure to keep an eye out for the ancient lava flows that form this part of the journey. 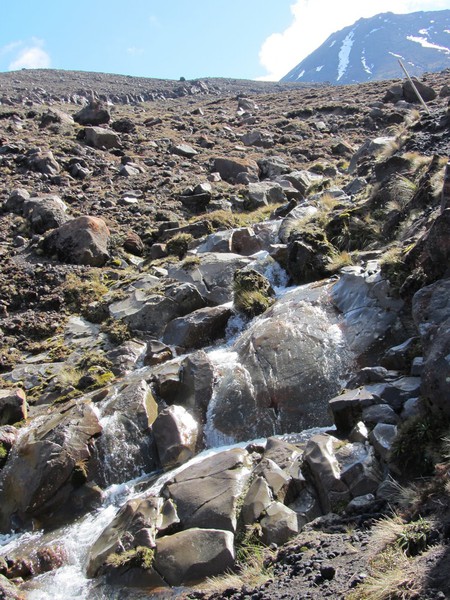 Mount Tongariro is one of four major volcanoes scattered around Tongariro National Park. It is made up of some 12 different cones, including Mt Ngauruhoe (aka Mt Doom from the Lord of the Rings films) – which many mistakenly believe is a separate mountain altogether. The 1-2 hour climb to Mt Tongariro is a side trip those taking the Alpine Crossing can do when they arrive at the Red Crater; the poled route passes an undulating rocky ridge that at the very top provides some fantastic views of the volcano’s neighbouring summits. 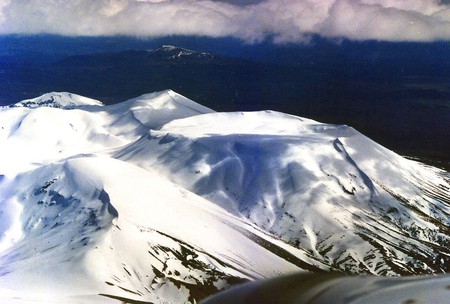 Another side trip one can take on the Tongariro Crossing is the 15-minute walk around Soda Springs. The scenic springs can be reached via a side track near the head of Mangatepopo Valley, where hikers will get a glimpse of effervescent waters that have inspired its nomenclature. Besides being flanked by volcanic deposits, the springs are naturally doused by beauty thanks to the yellow buttercups that line its moisture-rich banks. 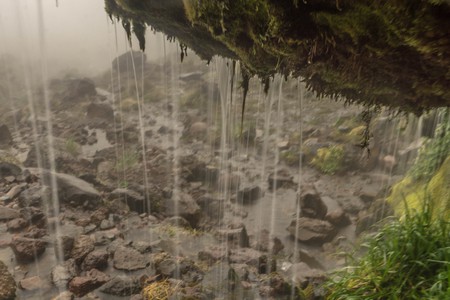 The South Crater is a basin that is believed to have been glacially carved and later filled with sediments from its surrounding ridges. The walk from the South Crater to the Red Crater, just after Mangatepopo Valley and Soda Springs, is notable for its remarkable volcanic land forms: highlights include an explosion pit with lava flows that can be traced back from Mt Ngauruhoe’s eruption in 1870, and the magma-moulded rock formations that emerge as one walks up the ridge towards the Red Crater. 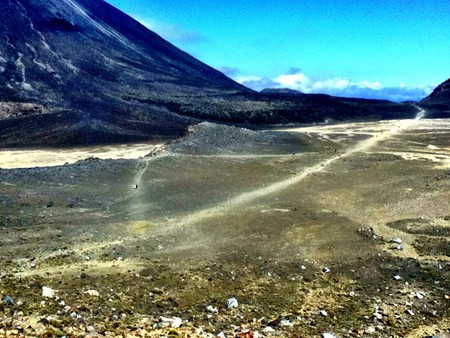 With an altitude of 1,886 metres (6,188 feet) the Red Crater is the highest point of the Tongariro Alpine Crossing. Besides offering some of the best views of the Emerald Lakes, these stony terrains are composed of several thermal areas and active volcanic craters. Towards the end of the descent from Red Crater to the Emerald Lakes you’ll stumble across Te Maari craters – the infamous site of the eruptions that hit the area in 2012; you’ll still see warning signs lingering about so keep your stops at that piece of the trek to a minimum. 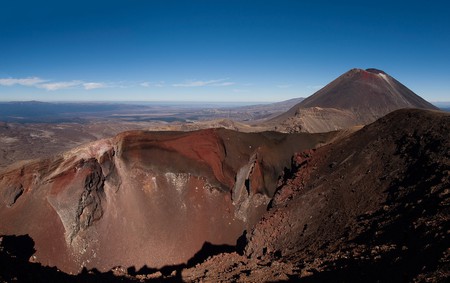 The Blue Lake is a sacred (tapu) marvel nestled among the route that passes from Emerald Lakes to Ketetahi Shelter. Because of its strong connections to Maori heritage and culture, hikers are advised not to swim on the lake or eat any food around it. Legend has it that Te Rangihiroa, the son of local chief Pakaurangi and brother of Te Maari (for whom the craters were named), explored the area around 1750 AD. Because of this, the Blue Lake is also known by the Maori name Te Wai-whakaata-o-te-Rangihiroa, which translates to ‘Rangihiroa’s Mirror’.