How to Spend 48 Hours in Taranaki, New Zealand 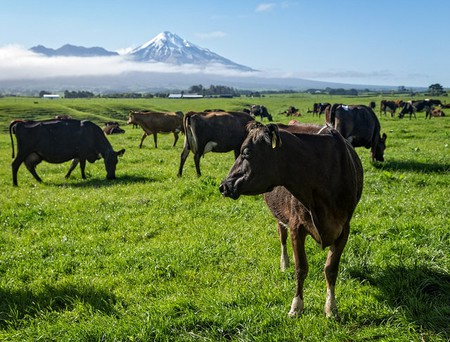 Taranaki, New Zealand, is quite literally a place like no other. From the perfect picturesque mountain, to the killer surf-breaks, to the lush gardens of Pukekura Park, there is something to suit everyone. So, what do you do if you’re fortunate enough to find yourself here for at least 48 hours?

Of course, nothing stands out quite like a mountain, and Mount Taranaki draws the eye from every corner of the region. Standing in solitary splendour, it’s perfect conical shape made it the natural stunt-double for Mount Fuji when The Last Samurai was filmed here in 2003. The mountain is an obvious and spectacular way to kick off any two day trip in this beautiful region. However, like any mountain trek it pays to plan ahead, check the conditions and go prepared. It’s advised that, unless you’re a seasoned or professional mountain-climber, you should only hike the summit trail in the summer months. The route takes 8 – 10 hours (although local lad, Kyle Cox, ran up and down, barefoot, in 7 hours), so it’s wise to start in the predawn darkness. This is to ensure that you won’t run out of daylight hours when you descend, but it also means you’ll get to experience some unbelievably starry skies and – more dramatically – witness one of the most epic sunrises of your life.

Grab a Bite in New Plymouth

It’s understandable that, after a good ten hour hike, the next thing on anyone’s mind is going to involve getting around the outside of something tasty and carbohydrate-filled. Here are our top five lunch picks in New Plymouth.

Hit the beach, go for a surf

One of the major appeals for those living in Taranaki, is the fact that on their holidays and days off during winter, it’s possible to go snowboarding in the morning and surfing in the afternoon. Sure, the water might be a touch on the chilly side, but with a decent dry-suit you can enjoy two board-sports in the same day – and you don’t even need a helicopter. There are only a handful of countries on earth that can boast the same. In the summertime though – after that hike – it’s pleasant to just sit on one of the many beaches and listen to the waves – Oakura is a favourite. If you do find yourself with a bit of excess energy though, and fancy a paddle, then head to The Kumera Patch, Back Beach, Ahu Ahu, Graveyards, or any other of the myriad surf-breaks along Surf Highway 45.

Dinner and a drink

After a day like the one described above, it’s doubtful that anyone would feel they’ve ever earned a slap-up dinner more. Happily, New Plymouth town is a compact place and jam-packed with every sort of cuisine you could ask for. Whether you’re hankering for Italian, Greek, Indian, Turkish, European-fusion, Chinese, Mongolian barbecue, Argentine or Thai, New Plymouth can accommodate you. If you want a genuine local experience, grab some fish and chips and a six-pack of regional beers, head down to the port and watch the sunset over the harbour. 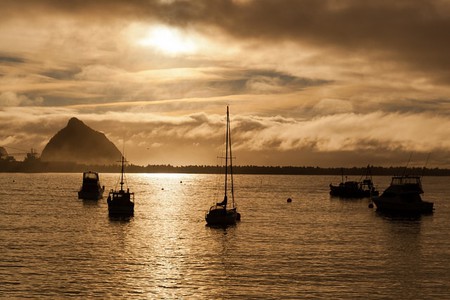 After breakfast, head down to the Port Taranaki and hire a bike from one of the handful of companies that are only too happy to facilitate you. Remember that it’s illegal to cycle without a helmet in New Zealand, and any infractions could result in a $55NZD fine. Once you’ve figured out the intricacies of your helmet all you have to do is saddle up and head off with the ocean on your left. On your way you’ll cruise past the unmissable Wind Wand – a sculpture of the late Len Lye – and along to East End and Fitzroy surf clubs. Eventually, you’ll come to the Waiwhakaiho River and the hypnotic Te Rewa Rewa Bridge, which is modeled (in a non-morbid way) on a whale skeleton. When you’ve soaked in this distinctive landmark, retrace your steps, drop your bikes off and head in the other direction to… 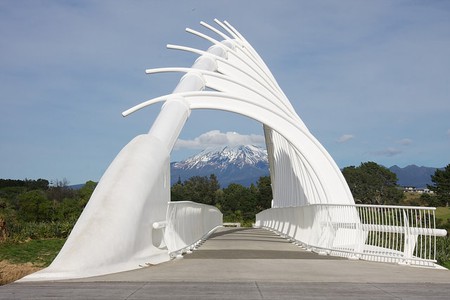 Paritutu is a short but rewarding fifteen-minute climb, and is located about ten-minutes from central New Plymouth by car. The first ten minutes involve climbing a wooden staircase, the last five minutes require a bit of easy rock-climbing with the assistance of cut steps and a chain handrail. The view at the top far outweighs the minimal exertion required. 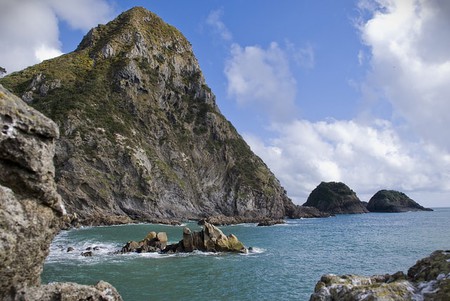 This is New Zealand’s museum of contemporary art. They change the exhibitions three times a year and display artwork from contemporary artists, as well as showcasing the extent of the Len Lye Collection – the artist whose Wind Wand adorn the New Plymouth foreshore. After a spot of lunch head to… 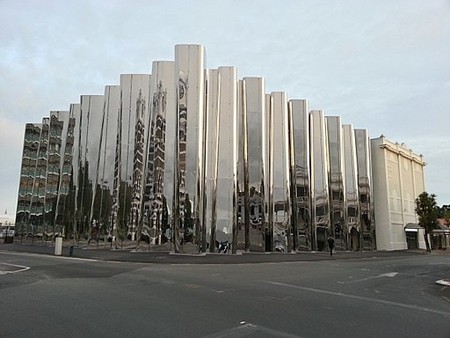 This beautiful, lush park that covers 128 acres right in the middle of the city, is often referred to as the jewel in New Plymouth’s crown. Apart from a wealth of plants and wildlife, the park also has a fernery and display houses, Brooklands Zoo and the TSB Bowl of Brooklands – a stunning amphitheater with a capacity of 15,000 that has hosted the likes of Jack Johnson, Sting, Fleetwood Mac and Paul Simon. It’s a delightful place to stroll about, particularly in the summer, when the sun’s heat is dissipated by the foliage somewhat. The real treat however, is if you’re visiting between 16th December and 5th February. This is when The Festival of Lights transforms the park at night into a luminescent wonderland. This magical spectacle, followed by a last special dinner, is the perfect way to cap off your 48 hours in Taranaki. 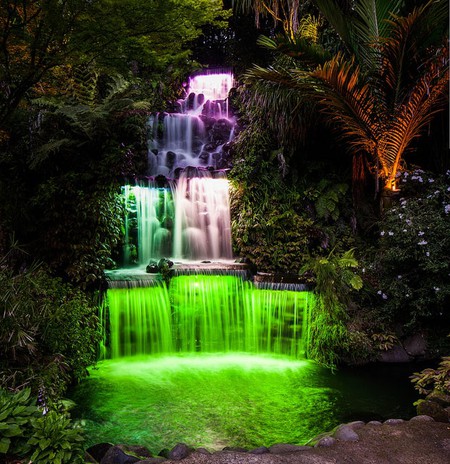