Haast Pass landscape on the West Coast side | © macronix/Flickr

With a seemingly endless collection of sublime backdrops that look like they’ve come out of a postcard, the South Island is sure to amaze all those lucky enough to navigate its roads. The drive around Haast Pass is one of New Zealand’s finest, traversing some of the most exquisite natural sites as it weaves from Lake Wanaka to the rugged West Coast. Here’s a guide on how to explore it.

Named after the 19th-century explorer Julius von Haast, the Haast Pass is the first of the three mountain passes that go through the Southern Alps, a stunning alpine range that extends most of the length of the South Island. The other two passes are the Lewis Pass, between north Canterbury and the West Coast, and the Arthur’s Pass, which marks parts of the boundary between the aforementioned region. These make for great drives as well if you want to spend longer delving into those scenic horizons.

The Haast Pass is part of State Highway 6, the longest single highway in New Zealand. In the past, the route was traditionally travelled by Maori heading west to gather some pounamu (greenstone jade). While it was identified as a potential driving route during the South Island’s gold rush in the 1860s, it wasn’t until a century later that the project to convert the Haast Pass into a navigable road came to fruition. Upon completion in 1965, the road became an instrumental component of the local tourism industry because of its handy loop access across the South Island. 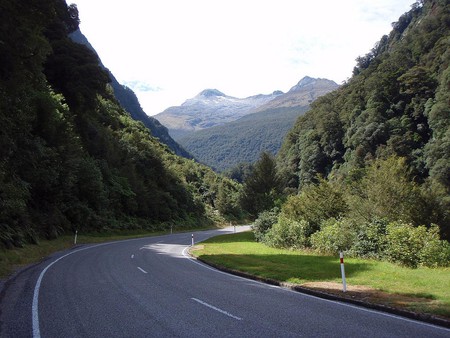 If you’re trying to cram a lot of things into a time-deficient itinerary, this drive may not be for you.

On a non-stop trip, the Haast Pass drive will take approximately four hours to complete – provided the weather is fine and temperate. But to really get the most out of the short walks and majestic sceneries around you, a minimum of six hours would be ideal. Trust us on this one, you’ll want to take your time when it comes to soaking up the beautiful landscapes all around you.

As previously alluded, the weather will be the ultimate decider of how long your journey will take. Despite the fact that it rises 562 metres (1,844 feet) above sea level, the pass is not immune to snow in the winter months. It’s also worth noting that the West Coast side of the route can experience heavy rain spells throughout the year. Your best bet is to check the conditions before setting off – and also keep an eye on the New Zealand Transport website just in case there are any road closures or traffic delays you need to know about. 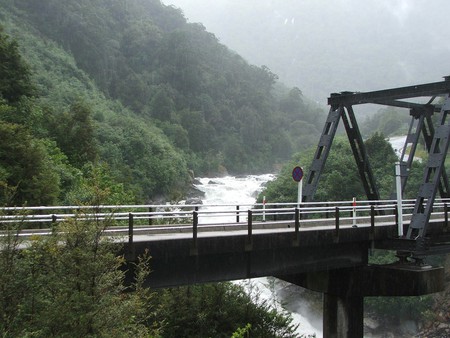 Now we’ve got the technicalities out of the way, it’s time to close in on the breathtaking sights you can look forward to.

Let’s assume your starting point is Wanaka. The first thing you need to do is head out of town, past Mt Iron and across the epic Clutha River. If you have lots of time to spare, the glacially carved Mt Iron has an easy, hour-and-a-half loop track that offers excellent panoramas of Lake Wanaka and the Upper Clutha Basin. Otherwise, continue driving towards Lake Hawea and Makarora. Potential stopovers between these two scenic locations include the Deans Bank mountain bike track, the Lake Wanaka Lookout and a low saddle point affectionately known as “The Neck”. The latter two offer fantastic views of the neighbouring lakes and the sheer enormity of their glistening waters. 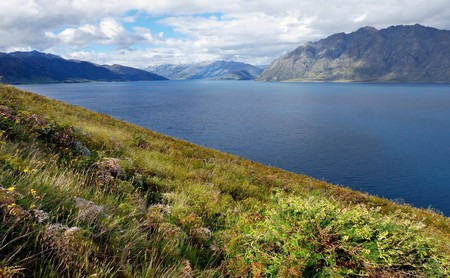 The route will then lead you into Mt Aspiring National Park, where you’ll get to experience some of the striking beech forests, soaring mountains, glaciers, waterfalls and braided rivers that make the South Island a nature lover’s wish come true. There’s plenty to see and do around this area, from short bush walks to mountain climbing and skiing. 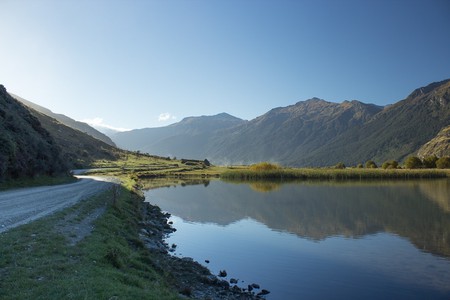 Your main access points for the shorter walks between Mt Aspiring National Park and the Haast Pass Highway will be the Makarora and Matukituki Valleys. A three to four-hour expedition around the East Matukituki Valley Track will expose you to some spectacular gorges, bluffs, valleys and waterfalls. Native alpine vegetation is abundant in the Makarora area and its easiest nature walk only takes 15 minutes. Makarora is also where you’ll find one of the area’s most famous trails: the Blue Pools track, which is relatively flat and absolutely adored by photographers who wish to marvel at the beautiful waters below. 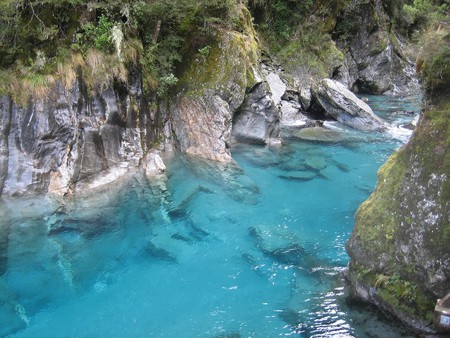 Finally, as you venture into the West Coast, you’ll stumble across what is arguably the biggest highlight of the trip: the Haast World Heritage Area. This is where you’ll find the Gates of Haast, which is another must-visit for avid photographers. Spend some time exploring some of the nearby walking tracks and make sure to check out some of the local wildlife too. Once you’ve finished exploring this internationally significant area, you can finish things off by heading straight to the West Coast’s famous Franz Josef Glacier.