The 12 Best Cheap Hotels in Sydney 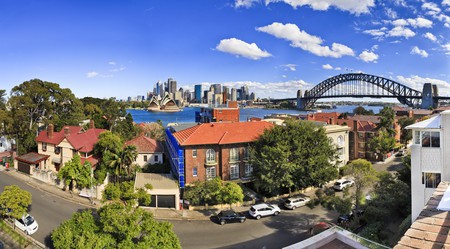 When you’re escaping the northern winter, sun-soaked Sydney is as good as it gets, but how can you afford to go when the city is packed with high-season hordes? Head to these gems of Sydney’s fringe hotel scene.

Accommodation in Sydney ranges from the fabulous to the functional. Rooms in large hotel chains in the city centre can be expensive in high season, and even more so over Christmas and New Year. However, if you step out to neighbourhoods like Kings Cross, Potts Point, Surry Hills, Darlinghurst and Chinatown, you can find something more affordable – especially if all you want is somewhere clean, comfortable and reasonably close to the action to lay your head.

You can save even more if you don’t pay for a hotel breakfast and opt instead for one of the funky little cafés that dot these neighbourhoods. In other words, you can stay somewhere affordable but still be surrounded by bars, cafés and restaurants so that you won’t have to travel far to get a feel for Australia’s biggest city.

The Cross, as it’s affectionately known, used to be Sydney’s den of iniquity, but gentrification and stricter licensing laws have seen it calm down a lot, with strip clubs giving way to stylish cocktail bars and smart restaurants. It’s still a lot of fun – just not quite as wild. As it’s only a 15-minute walk, or two train stops, from the city, Kings Cross is the perfect base for travellers who want to explore all that Sydney has to offer. 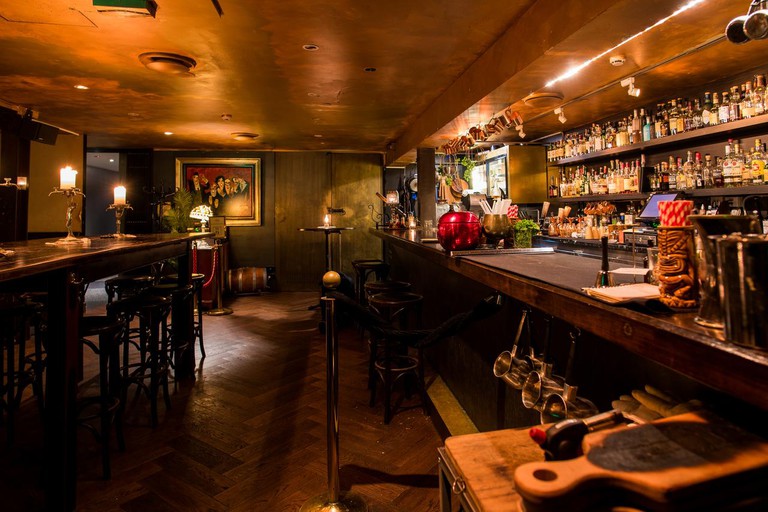 The Kirketon Hotel, on the southern stretch of Darlinghurst Road, is a tidy little place for the unfussy traveller, with modern and minimalist rooms that range from the compact standard rooms (made to feel more spacious with huge mirrors) to the larger executive size. Each room comes with a 32-inch LCD TV, air conditioning and an en suite bathroom with a rain shower. Guests here also get complimentary access to Anytime Fitness nearby. Hidden pleasures include the award-winning, 1950s-style cocktail bar, Eau De Vie, tucked away at the rear of the ground floor. 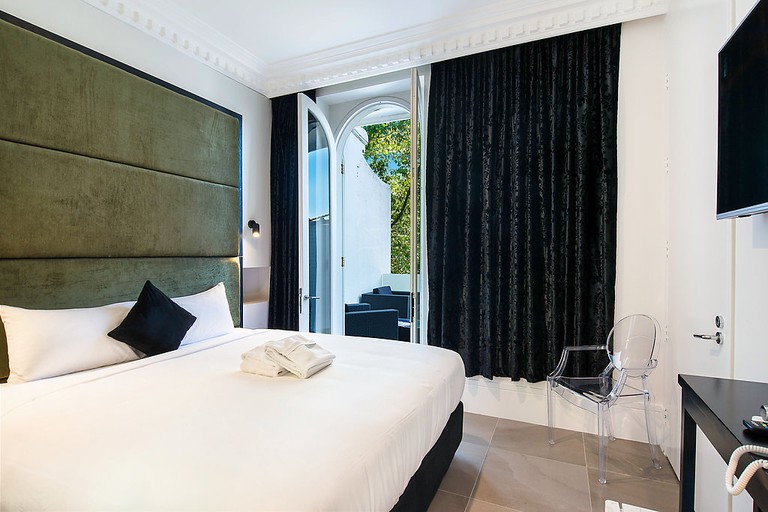 For slightly less salubrious but perfectly adequate digs, and with a neighbourhood bonus for movie buffs, there’s Sydney Boutique Hotel. All rooms have essentials like en suite bathrooms, flat-screen TVs and a minibar, plus connecting rooms are available for families – some with private terraces. Right next door, all-you-can-eat vegetarian restaurant Govindas is run by Hare Krishnas and serves a buffet of Indian and international food. Upstairs, you can recline on giant sofas and cushions in the small cinema; the combined meal and movie deal is great value for money. 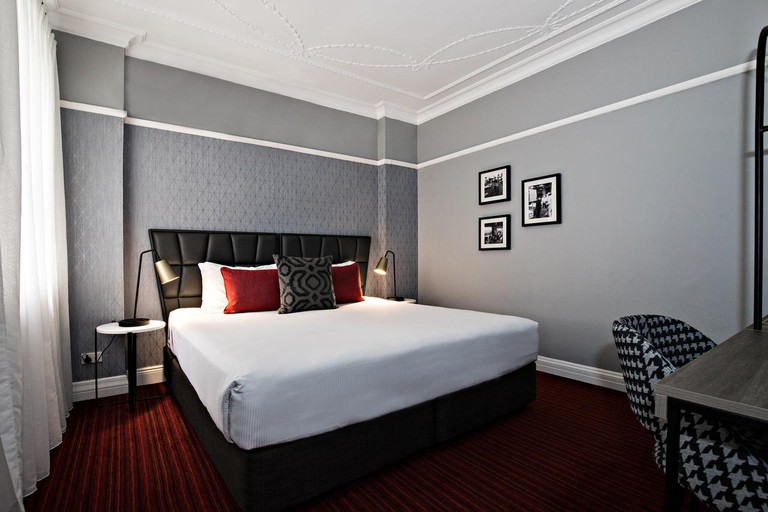 Tucked just off Darlinghurst Road, Springfield Lodge sits inside a restored 1924 apartment block, complete with a café on the ground floor that spills out onto a sunny terrace. Rooms are smart and understated, and while you won’t find a minibar stuffed with treats, it has all the essentials like tea and coffee facilities, flat-screen TVs and small en suite bathrooms. It’s only minutes back from the main drag, and there’s a multitude of conveniences nearby – including a fresh food supermarket across the road – along with a lively pub with quiz nights and a rooftop cinema on the corner. 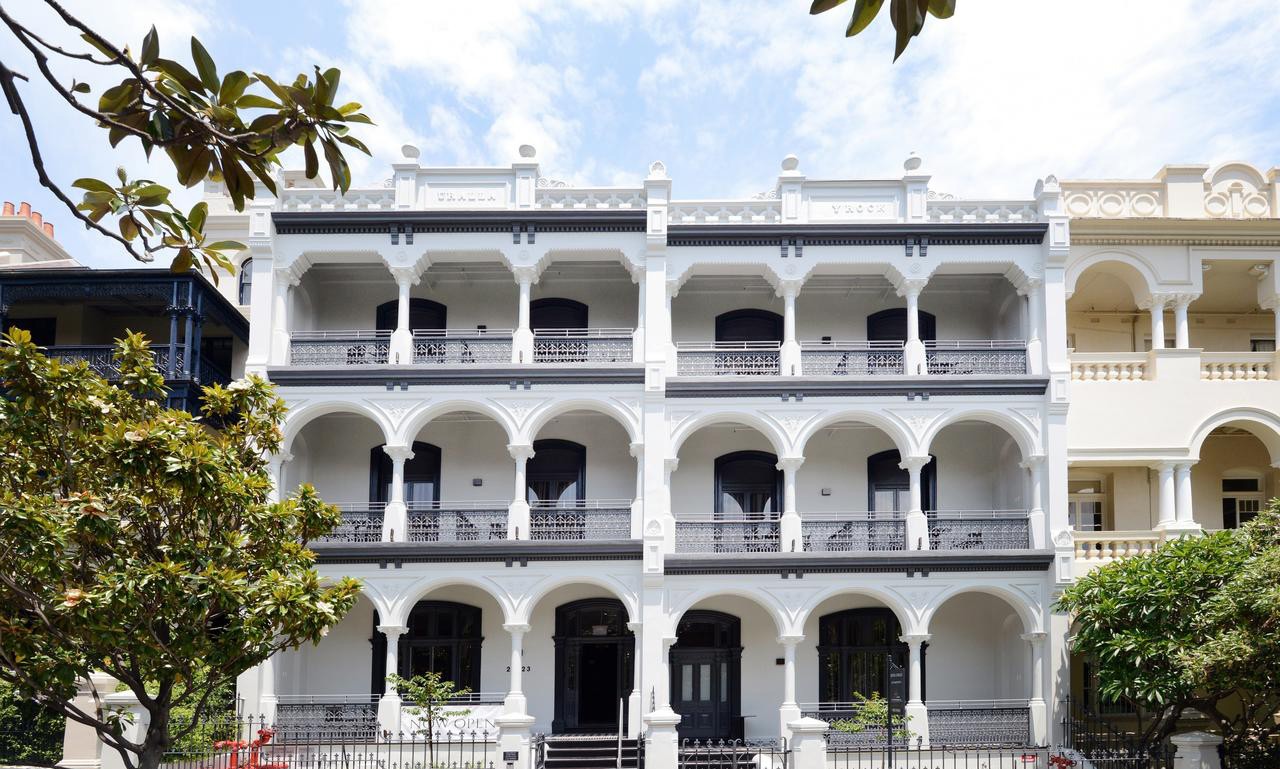 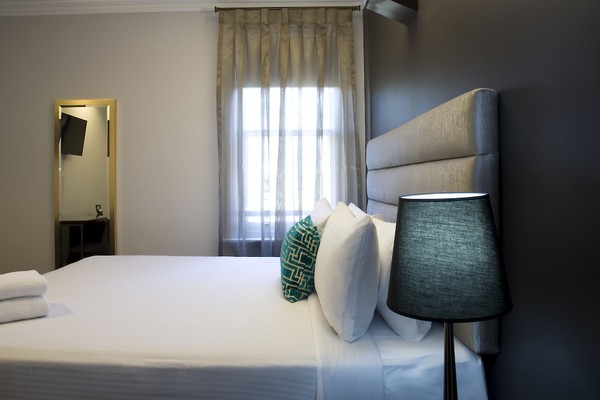 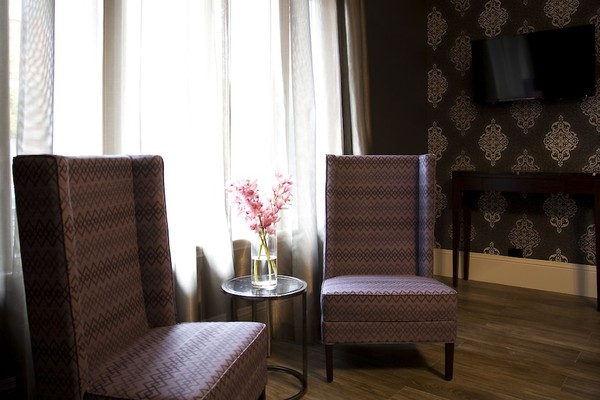 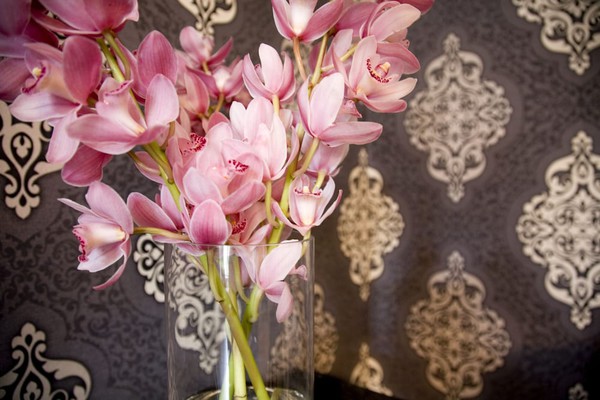 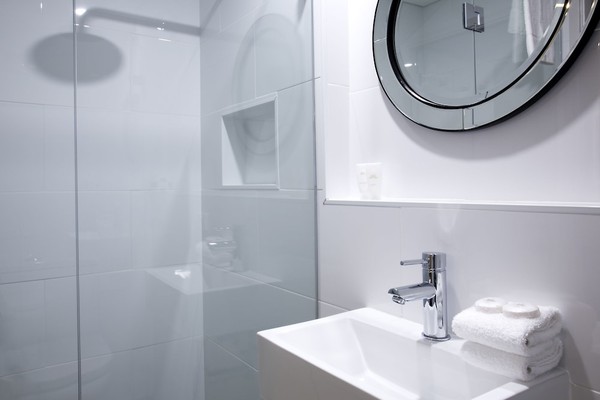 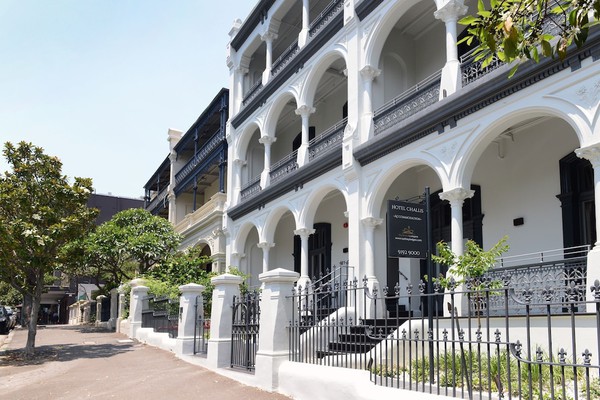 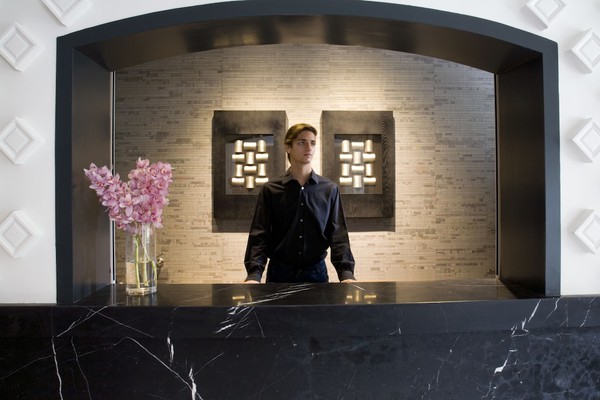 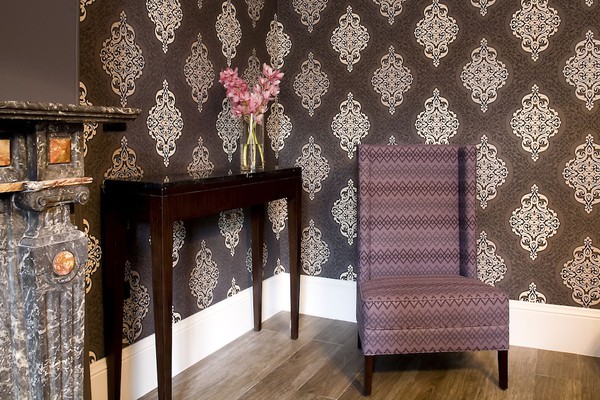 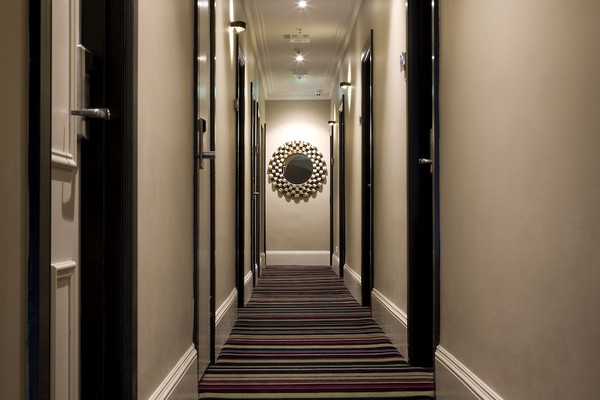 Hotel Challis in Potts Point is near the ‘Paris’ end of MacLeay Street, a continuation of Darlinghurst Road. A late-19th-century converted townhouse – complete with broad balconies and iron-lace balustrades – this is an elegant gem. It’s a little quieter on Challis Avenue, but a five-minute walk away down a steep set of stone steps to the Woolloomooloo naval base, you’ll find the uber-trendy wharf and legendary Harry’s Cafe de Wheels, which has done a roaring trade in hotdogs and pies since the 1930s. 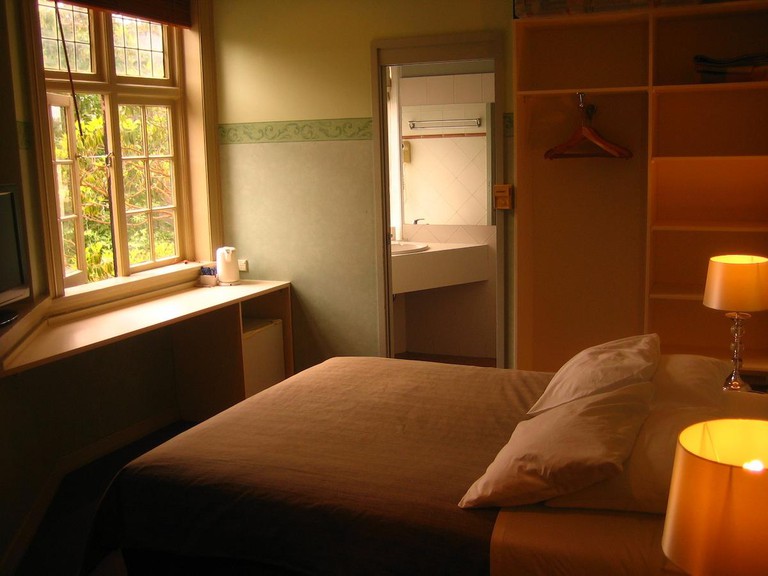 Just off the Cross itself, this small family hotel in Rushcutters Bay is more like a large bed and breakfast. The rooms (all with en suite bathrooms) are simple, and while the decor is quite dated, Hotel 59 is the sort of unpretentious, reliable option that’s difficult to fault when it comes to value, comfort and convenience. There’s also a café on the street that’ll serve you an excellent budget breakfast of eggs, muffins, toast, coffee and tea. 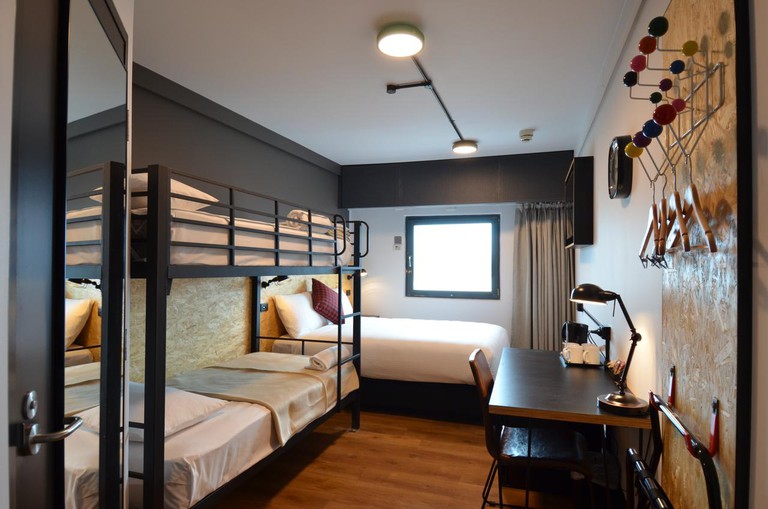 Formerly part of the Formule chain, the ibis budget Sydney East sits on William Street, the main road from Kings Cross to the city, and its bare-bones approach is reflected in its room rates. However, it has modern bathrooms and convenient room configurations, including family rooms with queen-size beds and bunk beds. It’s also within walking distance of areas like Woolloomooloo and sights such as the Sydney Opera House, plus the surrounding neighbourhood of Darlinghurst is packed with bars to stumble across. The breakfast, though budget, is great value for money, too.

Although known as Chinatown, this general area has one of the world’s most diverse mixes of Asian cultures. Here, Vietnamese, Korean, Japanese, Cambodian, Malaysian and Chinese restaurants all jostle for your attention. Thanks to its proximity to several universities and colleges that are popular with international students from East and Southeast Asia, the area has a buzzy vibe akin to the popular nightlife districts of Tokyo and Seoul. The new light rail service runs to Circular Quay, the Sydney Opera House and the Sydney Harbour, plus Central Station is on the doorstep with excellent rail links to the rest of the city, the country and the airport. 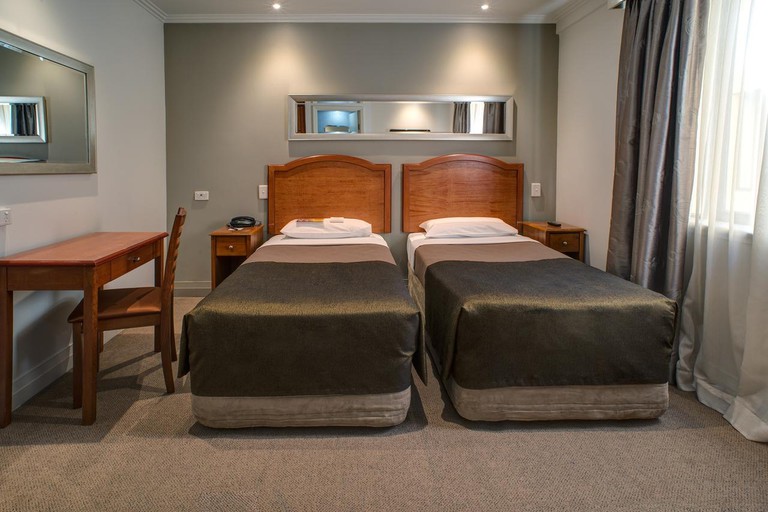 This grand old heritage hotel has gone through many phases in its long life, originally as a commercial hotel for interstate travellers and later as cheap digs for the less well-off. In keeping with its humble beginnings, the Great Southern Hotel Sydney remains a budget option in the thick of the action. While the decor is fairly basic, there are plenty of charming, old-world features, such as wood panelling, patterned carpets and antique pieces. On the very edge of Chinatown, it’s also just a short walk from Broadway and the fabulous Spice Alley. 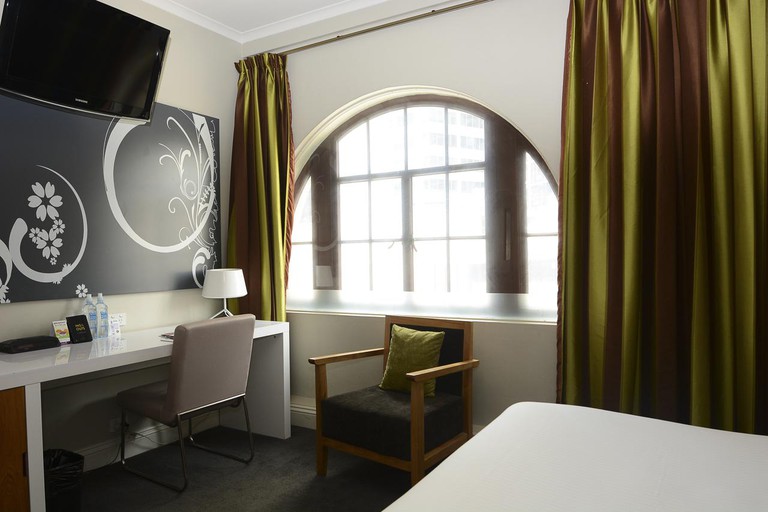 The 1831 Boutique Hotel sits inside a fine old building that’s been modernised on the inside. There’s no restaurant, but it has a kitchenette where you can prepare meals. However, with plenty of affordable food spots surrounding the hotel, there’s little reason to use it. Rooms are small, but Microcloud mattress toppers and rain showers add a welcome edge of luxury. It’s well placed for exploring George Street and the delights of Darling Harbour but offers a relaxing refuge from the hubbub of such a busy area.

This area rolls down the hill towards George Street from Kings Cross and Darlinghurst; it was once best known for its small rag trade workshops, many of which have now been replaced by factory outlets. Gentrification has seen some of those workplaces replaced by apartment blocks, but it has brought with it a flurry of bars and cafés to explore. 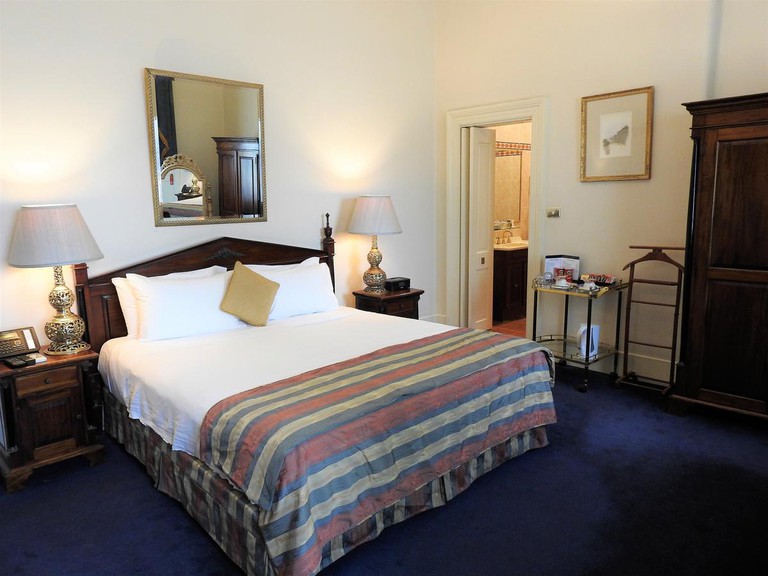 A converted townhouse with iron-lace balconies and rooms adorned with antique-style furniture, Manor Boutique Hotel Sydney sits on Flinders Street. In a handy location for the bars and restaurants that line Oxford Street – and a thriving LBGTQ scene – as well as Sydney Cricket Ground and nearby surrounding parks, this little charmer is good value. 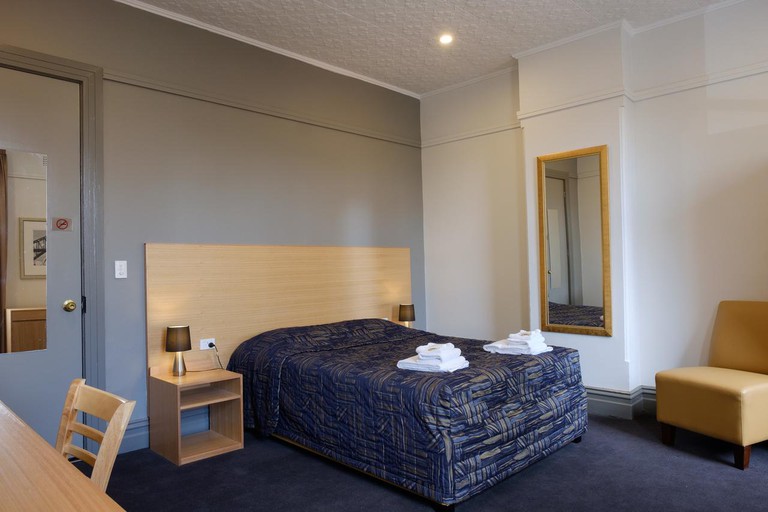 At the bottom end of Surry Hills, the Royal Exhibition Hotel will satisfy any urge you might have to stay in an old-fashioned Aussie pub. The clean, comfortable rooms upstairs, however, bring the property firmly into the 21st century, with bathrooms that have walk-in showers. It’s also conveniently located across the road from Central Station.

The closer you get to the Sydney Opera House and Sydney Harbour Bridge – as well as the many attractions surrounding Darling Harbour to the west – the bigger and more expensive the hotels become. However, you can still find little pockets of value, sometimes with authentic Aussie vibes. 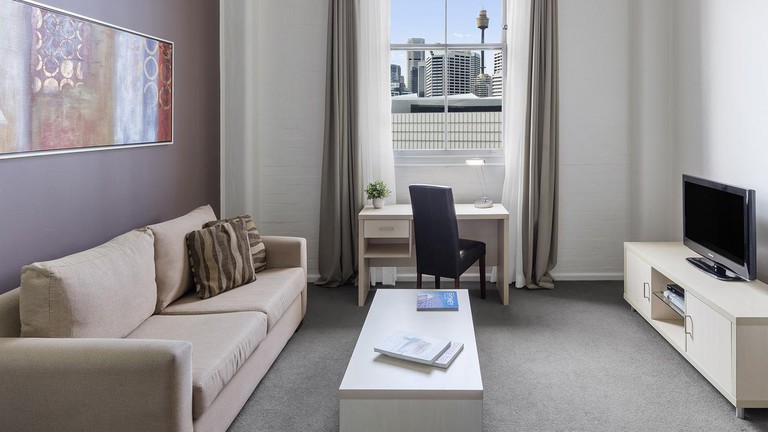 On the other side of Darling Harbour (but just a short walk from the city centre), the Oaks Goldsbrough is a swish apartment hotel in a converted warehouse. A slightly more expensive option, the trade-off is added space and facilities like a sauna and swimming pool. Geared towards attendees at the nearby convention centre, this is a good option for travellers who want to be near the action rather than in it. 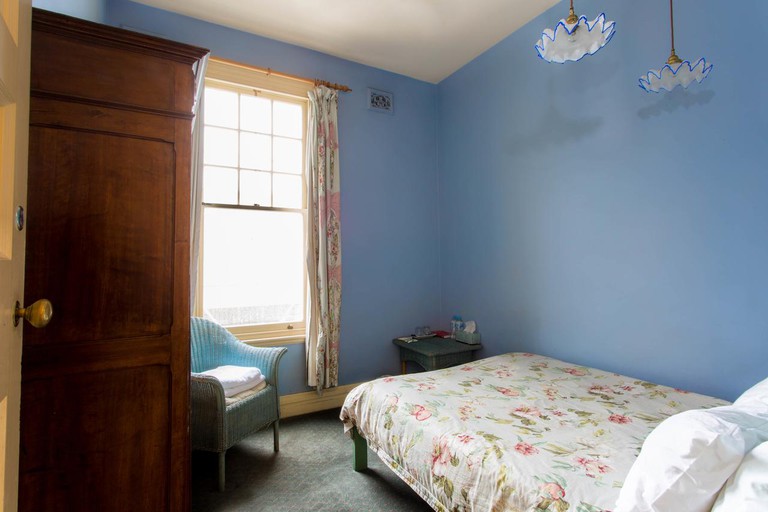 Slap bang in the oldest part of Sydney, the Australian Heritage Hotel is what it says on the tin and is often described as a living museum. But it’s not for everyone, especially if you go to bed early or are a light sleeper – it’s a working pub, after all. Shared bathrooms and smaller-than-average rooms might put some people off. However, if you’re looking for authenticity, this is it, plus the food and beer both get rave reviews.