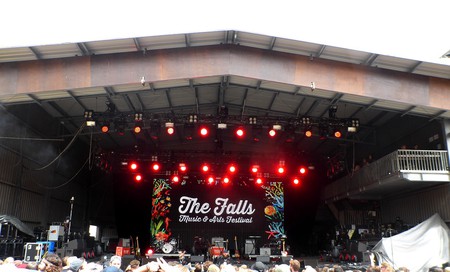 Although many of the favored music festivals in Melbourne have been discontinued recently, there are still numerous events which have survived, and every year new boutique festivals spring up in unexpected places, like farms and mountain sides. Here are the top 10 music festivals currently hosted in and around the city.

Since 1993, the Falls Music and Arts Festival, more commonly known as ‘Falls’, has been entertaining audiences over New Year’s Eve. Originally named Rock Above The Falls, the event began in Lorne as a one day music festival and has since expanded to Byron Bay and Marion Bay. Falls is a multi-genre music festival where local and international artists play amongst stunning natural surroundings, and campers can entertain themselves with a number of activities. Throughout the festival, artists are exchanged within the three locations and regular acts include The Living End, Something for Kate, and John Butler Trio. 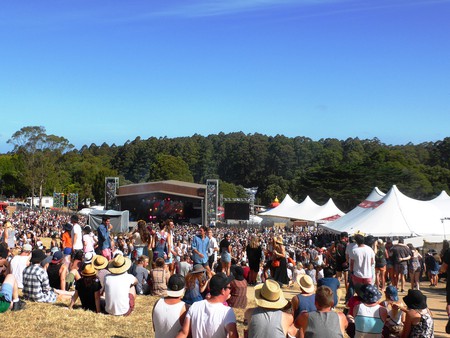 Throughout April and May, Groovin’ The Moo takes over regional hubs across Australia bringing Alternative and Indie rock to New South Wales, Queensland, Victoria, South Australia and Western Australia and Canberra. The festival began in 2005, but it was 2007 when Silverchair and The Black Keys headlined that Groovin’ The Moo cemented itself on Australia’s festival calendar. In 2009 Victoria hosted its first Groovin’ The Moo in Bendigo and the most recent line-up included Alison Wonderland, Jarryd James, Boy & Bear, and Danny Brown. Check out their website for specific locations and dates for each performance.

The Rainbow Serpent festival takes its name from the Aboriginal dreamtime story and emphasises music, spirituality, sustainability, and wellbeing. The festival attracts 15,000 people over the Australia Day long weekend and the four day event is known for playing psychedelic trance and electronic dance music 24 hours a day. Rainbow Serpent also includes a market, visual performance arts, and a mind-altering village experience. Leave your workday attire at home, as this festival is the place to unleash your individuality with costumes and body art. 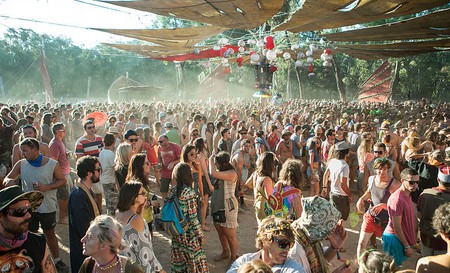 Each Sunday during the summer, on Caledonian Lane in Melbourne, St. Jerome’s Summer Series would introduce audiences to up-and-coming bands. From these humble beginnings, St. Jerome’s Laneway Festival began. Now over a decade old, the festival has spread across the country and over oceans with events in Adelaide, Brisbane, Sydney, Fremantle, Auckland, Singapore, and Detroit. Laneway celebrates indie rock and indie pop and acts have included Vance Joy, Lorde, Flume, Foals, and Tame Impala. The Melbourne event is currently held at the Footscray community arts centre and the river’s edge.

Strawberry Fields is a boutique festival which takes place mid-November in the Victorian Wildlands about three hours outside of Melbourne and celebrates Australian and international electronic music. Eclectic markets, art installations, a bamboo beach, tea lounge, and a suspended gallery set the scene for creative expression, art and sound. Strawberry Fields provides opportunities for unknown artists to expose their music to large crowds and gives the same attention to up-and-comers as it does to festival headliners. There is also free entry if your birthday falls on one of the festival days.

Sugar Mountain is a ‘summit of music and art,’ which takes place over a single day in Melbourne. The festival showcases contemporary music, visual arts, and new media in a way that’s immersive and interactive. Sugar Mountain is a fairly new festival, having only started in 2011, but within six years the lineup of musicians and artists has grown with every local act vying for a spot on the bill. The festival takes place at the Victorian College of the Arts and surrounding Melbourne art precinct. This year an ‘immersive dining experience’ called Sensory was added. Look for next year’s event in January 2017. 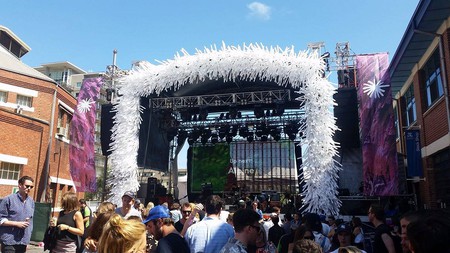 Now in its 23rd year, Earthcore began as a little known dance party out in the bush and since has expanded to a five stage, five day festival in Pyalog, Victoria. The focus of Earthcore is to combine the best global dance music with lifestyle events to create one harmonious festival experience. Listen to the fantastic tunes or try something different. Get a makeover at the Fluff Station, visit the Fractured Reality Art Zone and the Gypsy Village or Elemental Village, gawk at the spectacular art installations, chill out in front of a cult film, and watch an epic cosplay swordcraft battle.

A Day On The Green

While most music festivals will leave you dehydrated, hungry and exhausted A Day On The Green is a concert which boasts great food and wine. Since Australia Day 2001, A Day On The Green has hosted approximately ‘30 concerts per season’ in wine regions across Australia with artists such as Alicia Keys, John Legend, Mariah Carey, and Elton John. Pack a picnic, listen to some great music and watch the sunset over rolling wineries. One newspaper even called the event the ‘Big Day Out for grown-ups.’ Check their website for a list of events and dates.

Beyond the Valley began in 2014, on Phillip Island at the former site of pyramid rock, and has since changed venues to Lardner, 90 minutes east of Melbourne. For three days over New Year’s Eve the festival showcases an assortment of genres including rap, pop, rock, folk, and dance. This boutique festival offers regular camping facilities as well as luxury camping and a separate powered area called Electric City. Rüfüs, Midnight Juggernauts, Peking Duk, Flight Facilities, Jamie XX, and Client Liaison are amongst the artists who have performed at Beyond the Valley.

NYE on the Hill

Attending festivals usually means surrendering yourself to long lines, inflated drink prices and large crowds. This is not the case at NYE on the Hill. Crowds are capped at 2,500 providing for an intimate festival experience. The motto of NYE on the Hill is ‘Freedom from the city,’ ‘Freedom from massive crowds,’ and ‘Freedom to hang out with great people, in an amazing location.’ It certainly delivers on those three promises. Located 95 minutes out of Melbourne, the festival is completely home grown with a focus on Aussie acts and there’s even a petting zoo. What better way to bring in the New Year. Keep an eye on their website for the 2016 dates.