The Top 5 Things To Do and See in Central Canberra, Australia

PACIFIC
/
AUSTRALIA
/
CANBERRA
/
Things to Do 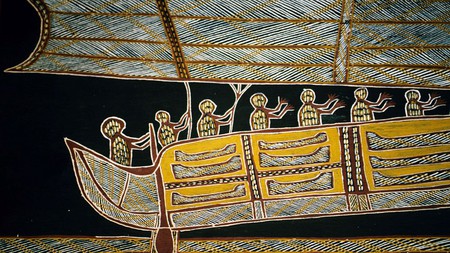 Canberra takes its role as Australia’s capital city very seriously. Not only is it the seat of parliament, it also has many of the country’s finest arts and cultural institutions clustered in the central Parliamentary Triangle and on the shores of Lake Burley Griffin.

These galleries and museums showcase some of Australia’s finest artists of all genres while also exploring the history of the country and its place in the world. Even better, many of these national institutions are free to visit. Here are some of the best that central Canberra has to offer. 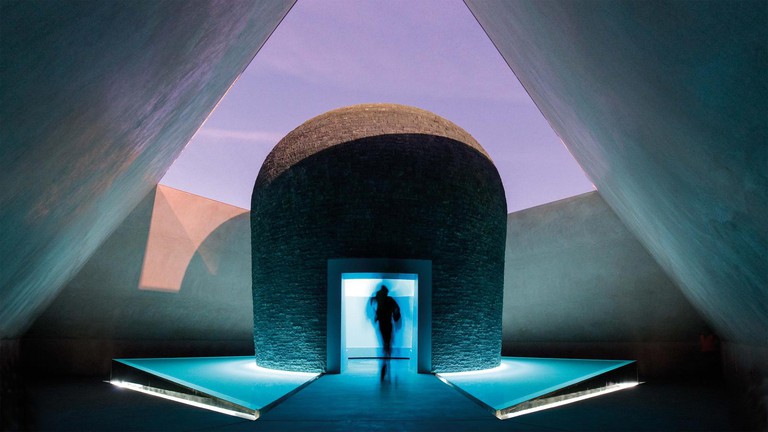 © Mcgregor + Coxall
The National Gallery of Australia is home to the country’s largest collection of Indigenous art, as well as other impressive pieces from across the world. Must-see artworks include Jackson Pollock’s Blue Poles, which caused a great deal of controversy in 1973 when it was purchased for a record-breaking price; however, it’s now a firm favourite of visitors to the gallery. Take a walk through the sculpture garden and see Dadang Christiano’s Heads from the North, or visit Fujiko Nakaya’s fog sculpture, Foggy wake in a desert: An ecosphere, at lunchtime for an immersive, ethereal experience. James Turrell’s Skyspace Within without is particularly dramatic at dawn and dusk, but the colours and changing light are beautiful at any time of day. The gallery regularly hosts touring exhibitions from internationally renowned institutions; check its website for current events. 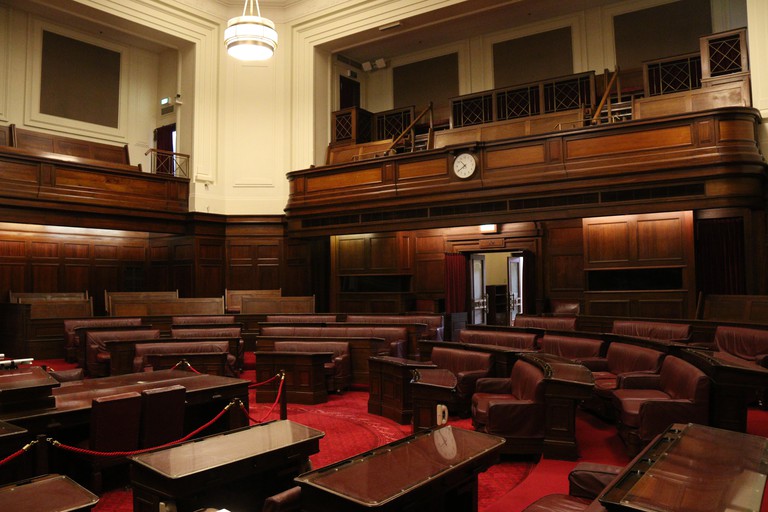 This gallery, housed in the historic Old Parliament House, focusses on the role of democracy in the lives of Australians. The yearly Behind the Lines exhibit of the year’s best political cartoons has become an annual favourite. Other regular exhibitions explore themes such as the importance of a free press, Indigenous history, women’s voting rights and the lives of Australia’s prime ministers. Many of the displays are interactive, and the museum encourages visitors to consider their own involvement in the democratic process. The gardens around Old Parliament House are beautifully maintained and especially stunning in spring when the wisteria and roses are at their best. 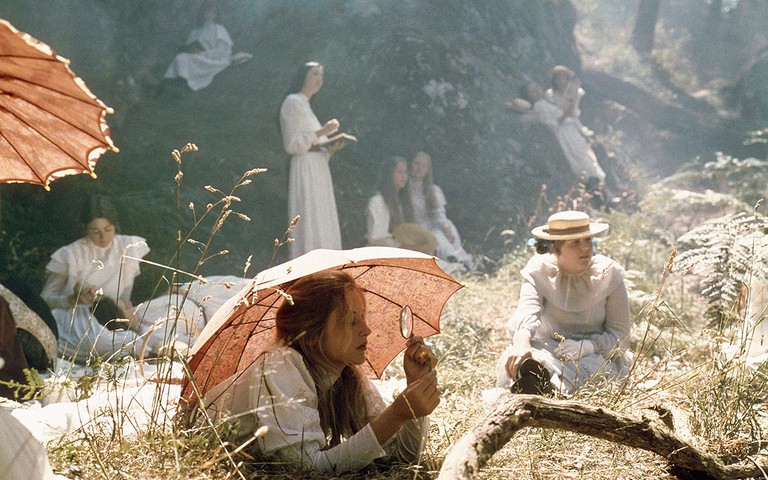 Exploring the National Film and Sound Archive of Australia is a delight. Encompassing the country’s cinematic history, its collection features everything from black-and-white short films dating back to 1899 to video games, television advertisements, radio and other carefully curated items. You can view costumes and props from classics such as Muriel’s Wedding (1994), The Adventures of Priscilla, Queen of the Desert (1994) and Picnic at Hanging Rock (1975). There is rare vintage footage of pioneering women cricket players from the 1930s and an exhibition focussing on the historic events of the 1960s. The archives are responsible for preserving more than 3 million items and consider themselves the protectors of Australia’s living history. The Arc Cinema, housed in the same building, regularly shows vintage Australian and international films; check its website for details. 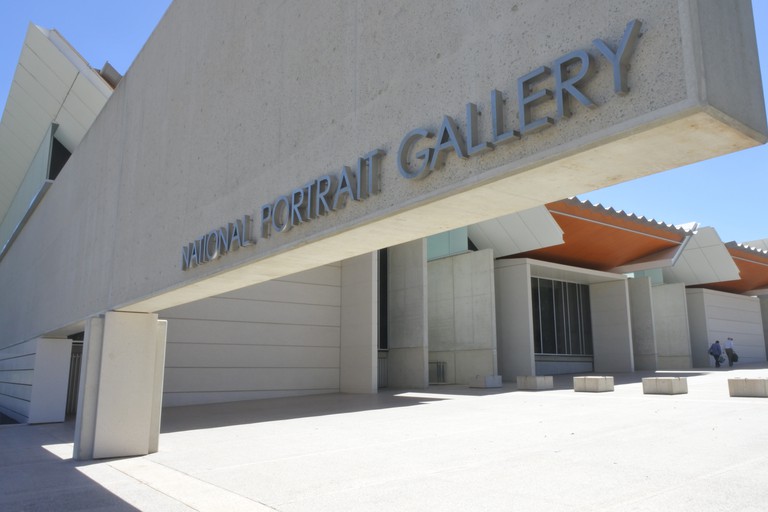 The National Portrait Gallery is dedicated to telling stories through the medium of portraiture. Each gallery encompasses a particular era or style; for example, the Facing New Worlds exhibit is dedicated to early portraits, depicting the complicated relationship between European settlers and Indigenous Australians. The Tim Fairfax Gallery covers the second half of the 20th century and has a particular focus on social change, activism and protest in Australia. Visitors will also enjoy seeing famous faces showcased a little different in some of the contemporary galleries. Find the Pop art portrait of Nick Cave, or discover the tiny details of movement in Cate Blanchett’s video portrait. 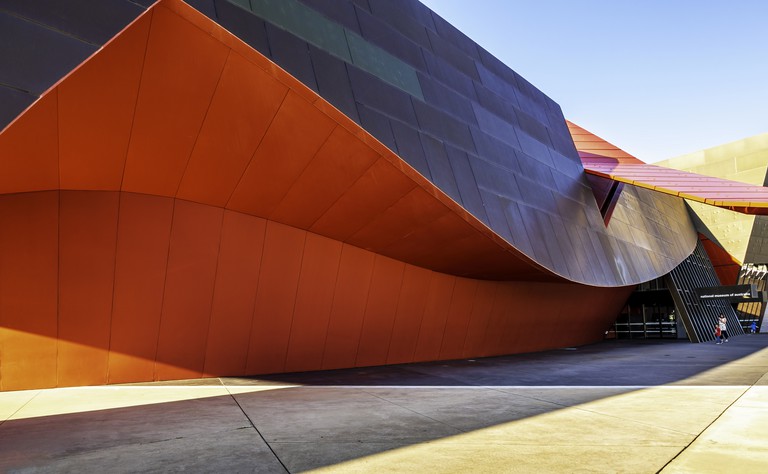 © iStock Editorial / Getty Images Plus
The National Museum of Australia is a Canberra icon, dominating the western shoreline of Lake Burley Griffin with its stunning architecture. Enter the Gandel Atrium, the central foyer of the museum, to see objects such as a 1950s FJ Holden car and caravan and the recently added Bungendore Fridge, which became a symbol of community during the 2019-20 bushfire season. The museum’s permanent collection includes items that represent all aspects of Australian history and culture, exploring key historic events from the first evidence of first peoples over 65,000 years ago through European colonisation and up to the present day. There are interactive and family-friendly exhibitions to keep children entertained and educated.