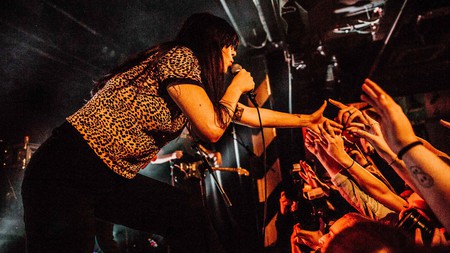 Despite the lockout laws, Sydney is still a city that hardly sleeps | © Courtesy of Oxford Art Factory

Life in Sydney is simple: Sydneysiders are either soaking up the sun on the beach (the Harbour City boasts a whopping 70 of them) or sipping on a cocktail while listening to music late into the night. Despite some sourness surrounding the 2014 lockout laws, the city’s nightlife has not yet been brought to its knees. 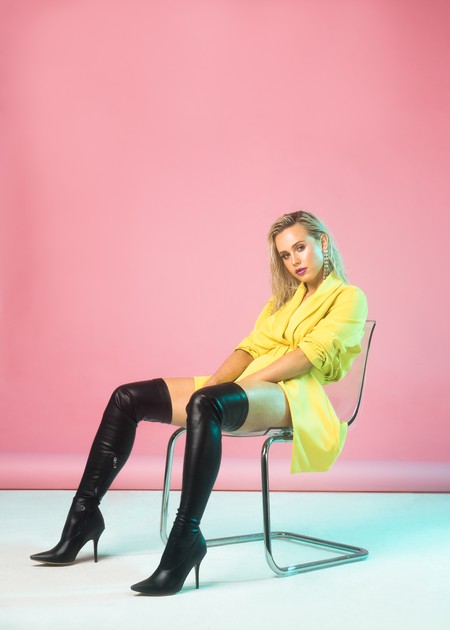 So where to hit the dance-floor when visiting Sydney?

Culture Trip caught up with DJ Tigerlily (real name Dara Hayes) to quiz her about the best live music venues in the city. She has been voted Australia’s number one female DJ three years in a row, and in 2016 joined Tiësto on his intercontinental tour of Asia and North America, catapulting her into the global spotlight. A self-described “everyday Aussie girl”, the electronic music star and sustainability advocate divides her time between ocean swims and music production, while also traversing the world playing gigs, promoting her vegan lifestyle and raising mental health awareness.

Hayes claims to be a grandma when unwinding after a busy concert season, saying, “I just hang out with my boyfriend and my dog, or go for beach swims and gym workouts,” but she has some great recommendations for the most exciting live music hang-outs in Sydney. 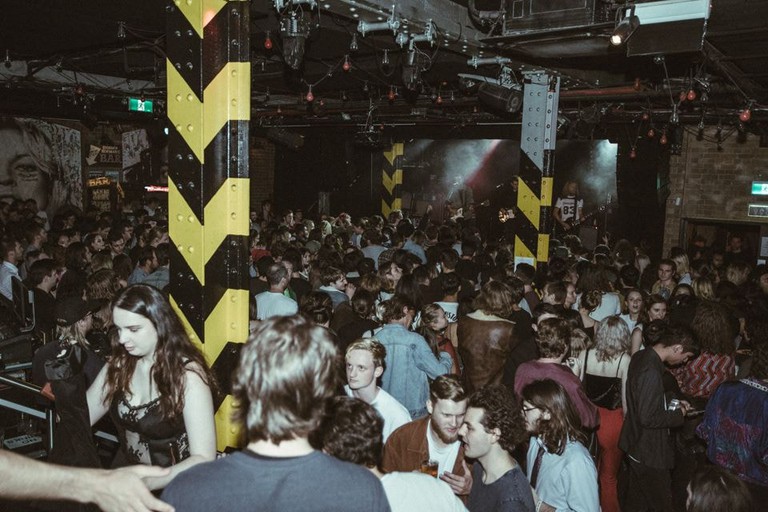 Oxford Art Factory, affectionately known as OAF, has been one of Sydney’s premier live music venues for more than a decade. Its decor is inspired by Andy Warhol’s 1960s New York Factory. To discover the true heartbeat of the city, head here for more intimate gigs and a relaxed ambience enjoyed by people of all ages. “OAF, as well as Enmore Theatre and Factory Theatre, are venues that pull in some of the best live music acts in Sydney. Not to be missed!” Hayes says.

This cocktail bar and dance club provides a mix of chic and casual. Located in a historic 1820s building, and just a stone’s throw from Sydney Harbour Bridge, The Argyle features a sandstone courtyard and six bars over two levels. Dance the night away while listening to the best local and international DJ acts and munching on lobster rolls and wood-fired pizzas. “It’s one of my go-to places when I want to head out in Sydney. They put on great live performances,” says Hayes. What’s more, entry is free on most nights. 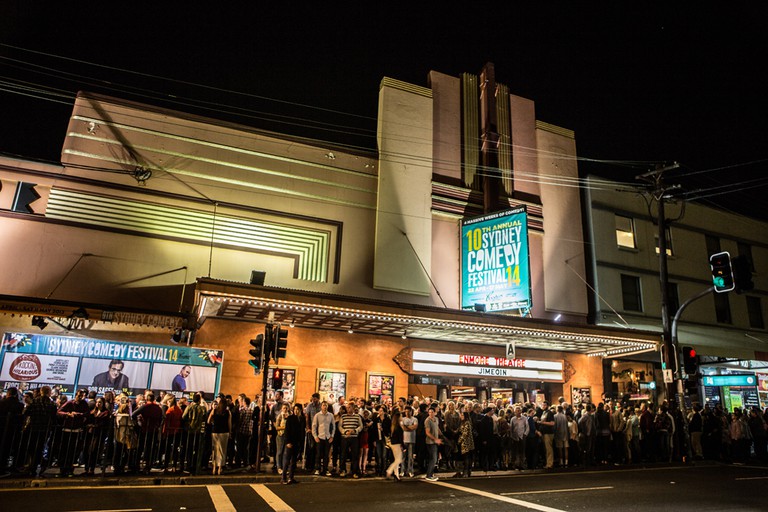 This old-school theatre is a Sydney institution. When it opened in the 1910s it operated as an open-air cinema, and today serves as the longest-running live music venue in the state of New South Wales. It’s famous for its great acoustics, friendly staff and reasonably priced drinks. Since the 1980s, Enmore Theatre has been a host to many unforgettable concerts played by the top performers including Bob Dylan, KISS, Kylie Minogue, Arctic Monkeys and The Rolling Stones.

Goros is a relatively new arrival on Sydney’s nightclub scene – a low-lit, neon-filled bar with mouthwatering yakitori and three hi-tech iPad-operated karaoke booths (free to book via their website). “I just love its quirkiness!” exclaims Hayes. Dive into this Tokyo-inspired venue for sake and live music. Every Saturday night, DJs kick off at 8pm and play until 3am. The bar’s late-night menu is available until 2am, and features burgers, gyoza, and chicken karaage. Kanpai! 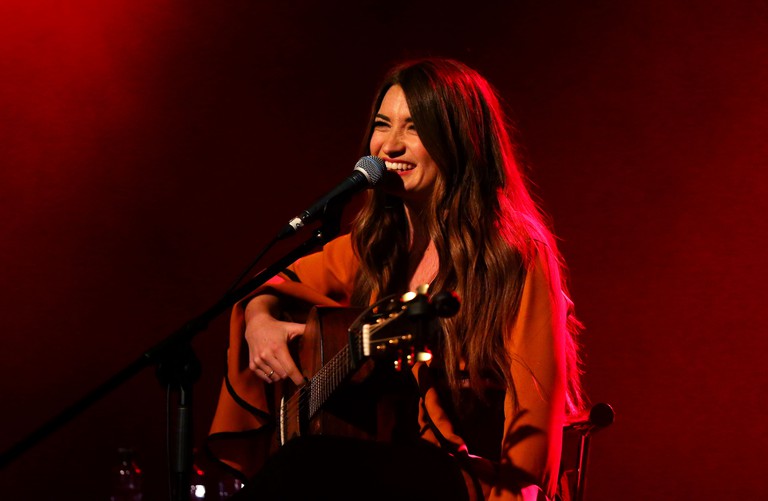 Another oldie but goodie, Factory Theatre – located in the trendy suburb of Marrickville – is a large performing arts theatre that provides a stage for all kinds of live shows – from international rock and jazz concerts to intimate cabaret shows, film and dance performances. The outside area has food trucks and bars with plenty of space for a pre-show catch-up with friends. It’s the perfect place to mingle with the more eccentric Sydney tribe.

In a city where “love is love”, ARQ is a place that can’t be missed. It is a popular LGBTQ late-night club with multiple stages featuring regular drag performances and DJs spinning house. “Wine and some good boogie with my friends at ARQ are always high on my list,” says Hayes. The dress code here is one of the most open-minded in the city, as the venue aims to promote diversity, tolerance and equality by welcoming patrons from all walks of life, although the “No Thongs [flip-flops] or Sandals” rule is in place as it is everywhere else. 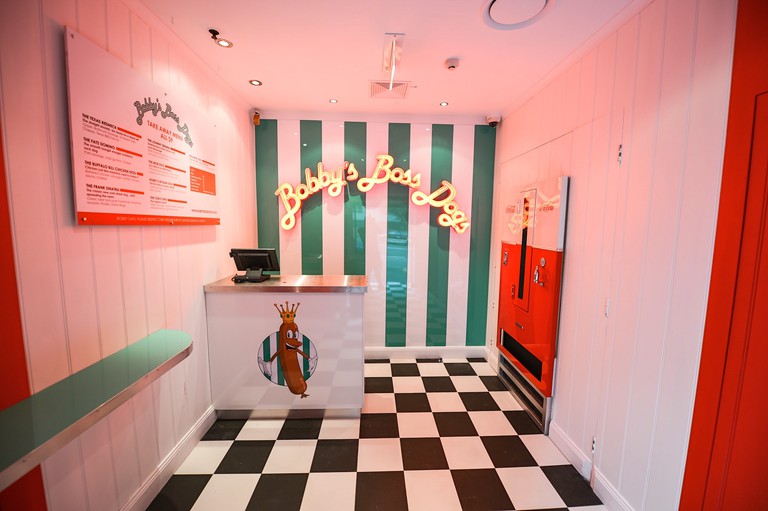 Soda Factory is an American-style diner and live music venue serving hot dogs and cocktails | Courtesy of Soda Factory
In one of the most expensive Australian cities, this is a perfect place for party-goers on a budget (Tuesday is one-dollar hot dog night). Designed to emulate an American-style diner churning out hot dogs and retro cocktails, it boasts booth seats, live music and a good selection of DJs. Hayes calls it her “favourite late-night hangout with great vibes and cocktails to match”. 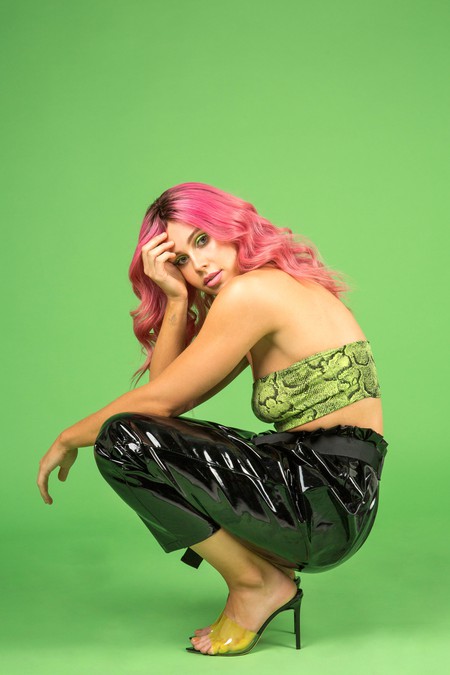 DJ Tigerlily is one of the biggest EDM sensations in Australia

This is neither a club nor a classic venue, but a digital-era social platform. After having once entered an amateur DJ competition herself, Hayes is a big fan of intimate music gigs. “What initially inspired me to DJ was hitting up Sydney’s Q Bar’s Hot Damn event each Thursday night,” she says.

“I love Sofar Sounds, as it’s a monthly event and a great place for music connoisseurs to check out new stuff.” In the mood for a late-night urban treasure hunt? Check the website, which has already expanded into a worldwide phenomenon from its humble London origins. Event locations are always secret with concerts taking place in homes, offices and even on rooftops, and ticket holders only find out the address once they’ve committed to attending.