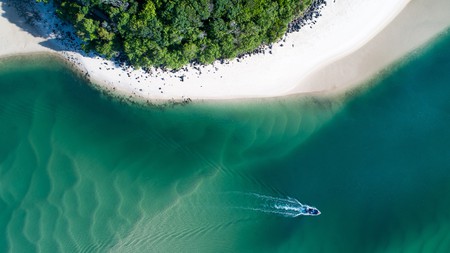 Whether you want to live like a local or bed down in a glamorous harbourside hotel with iconic views, Sydney has some of the best accommodation that Australia has to offer. The hardest thing will be choosing where to stay in this stunning city.

Between its blue skies, the sparkling Sydney Harbour, the white sands of Bondi Beach and the booming creative scene in the inner-city suburbs, Sydney is one of Australia’s most exciting cities. It’s also home to some of the country’s best boutique hotels, which often outshine the luxurious chains. For something more unique, book one of these impressive and at times new hotels in Sydney. 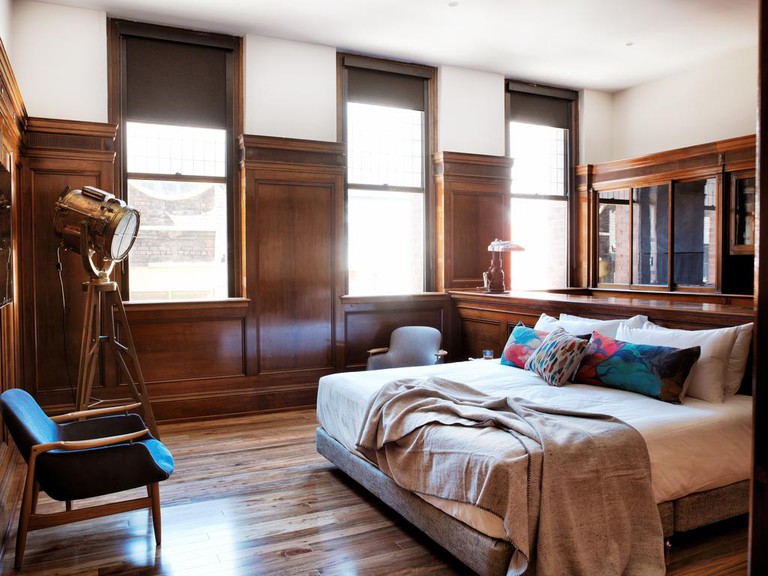 This former pub is now one of the coolest places to stay in Sydney, the hotel’s 62 minimalist rooms are luxurious without feeling too uptight. A rooftop pool (complete with a bar) looks out over the stunning skyline which is the perfect place to start the night before heading down to the hotel restaurant Automata for one of Clayton Well’s tasting menus, or across the street to Spice Alley to explore the clusters of Asian hawker stalls. Situated in the old industrial neighbourhood of Chippendale, at the Old Clare you’re just a ten-minute walk from the city and less than thirty minutes from Bondi by bus. 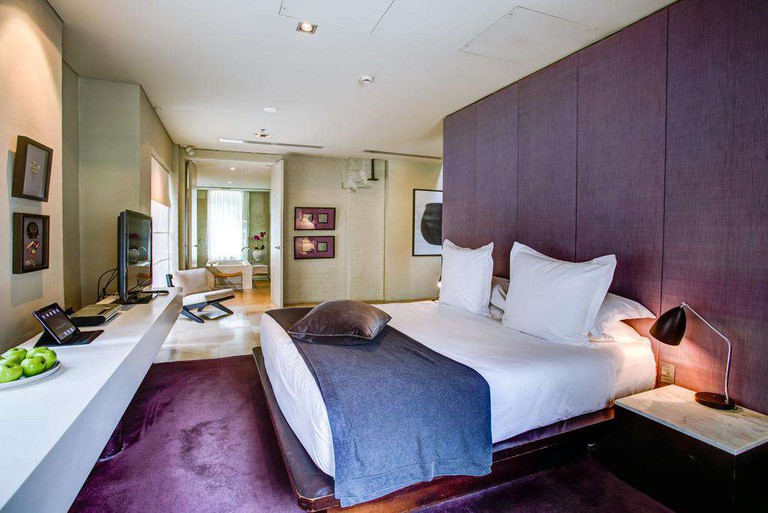 A quintessentially sexy and chic city hotel, the Establishment has long been one of the city’s most fun hotels, not least because of its 31 super-stylish rooms and harbourside location. Every room, from the smaller studios to the expansive suites, are finished to the highest spec and its three bars and four restaurants serve everything from modern Australia cuisine to a proper al fresco Australian brunch of smashed avocado on sourdough in the garden (yes, Australia invented it). The Establishment is a hotel that has a buzz to it and since its centred among the best of Sydney’s nightlife you’ll have a lot to entertain you after hours. 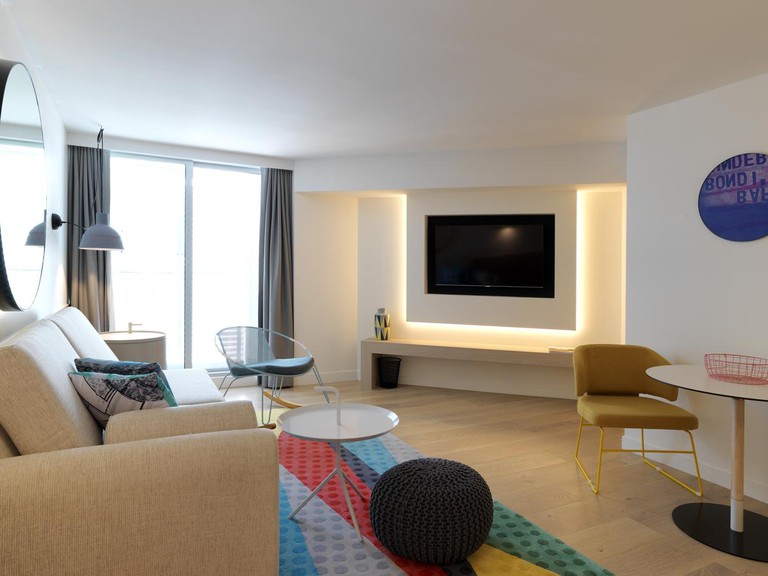 Bondi Beach is quintessentially Sydney, with a fun beachside vibe that’s as famous as its name. QT Bondi is a boutique hotel with apartment-style rooms that will make you feel like a Bondi local. Its 69 rooms and eclectic lobby have all been designed by the famous Australian designer Nic Graham (a man largely credited with launching the laid back Bondi aesthetic), giving QT an instant holiday atmosphere. Its position on Beach Road means that you should book a room with a view — you’ll have sea and sand for days outside of your window. 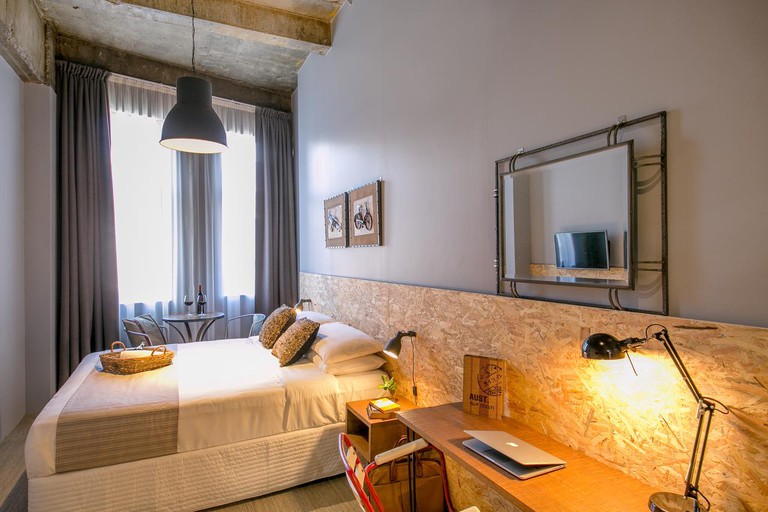 Courtesy of the Urban Newtown / Hotels.com

Just around the corner from the famous Enmore Theatre and some of Sydney’s best coffee shops and thrift stores, you’ll find the Urban Newtown. An industrial look makes the rooms feel minimalist and chic after the plant-filled lobby welcomes you from the street. As both the airport and the Opera House are just twenty minutes away you’ll feel like you’re in the centre of everything. The inner-west of Sydney is also one of the best places to stay in the city with its abundance of street art, parks and pubs. 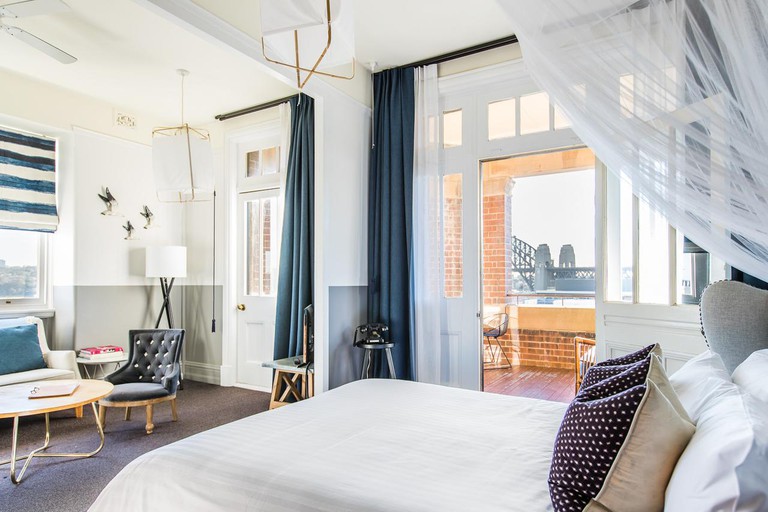 This narrow red-brick building might not look like much, but the Hotel Palisade is all about looking out from inside. Situated in one of Sydney’s oldest neighbourhoods, the Rocks, this is a boutique hotel that promises tranquil, laidback luxury. With just eight rooms decorated in pale blues and white, the rooms are spacious and luxe, but the views are the most extraordinary thing about this hotel: uninterrupted vistas of the iconic Sydney Harbour Bridge. Plus, with a pub downstairs and the Henry Deane cocktail lounge upstairs, you’ll have plenty of opportunity to marvel at the cityscapes over sundowners. 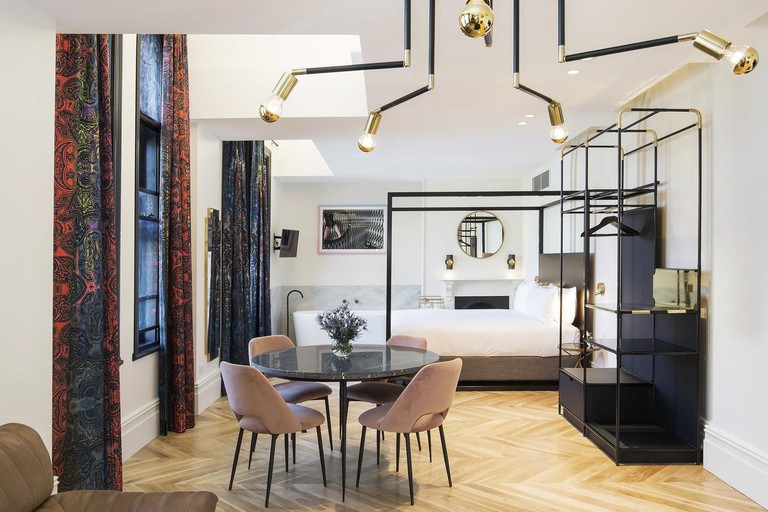 This charming 35-room hotel is the epitome of what boutique hotels do best. Little Albion excels at attention to detail, and the whole hotel feels stylish and considered. With on-trend retro interiors, an honesty bar and a rooftop garden, there’s lots to love. Located in the creative centre of Sydney, Surry Hills, this is the best place to stay if you’re torn between the city and the beach; you’ll be halfway between both. Little Albion serves breakfast in their cafe downstairs but the real treat is that you’ll have all of Sydney’s best restaurants on your doorstep. 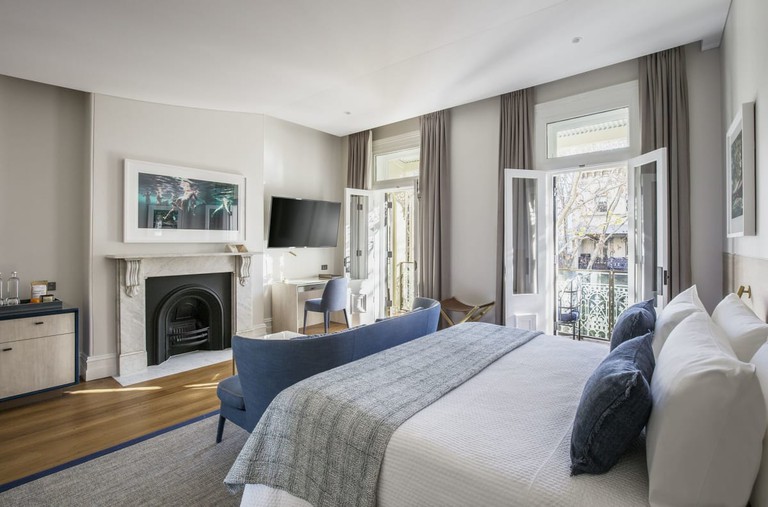 In a hub of truly amazing architecture sits Spicers Potts Point hotel. Its 16 rooms and four suites make this a hidden gem in Sydney’s boutique hotel scene. Set in a row of Victorian terrace houses, Spicers has hidden courtyards, lush light-filled rooms that flood with Australian sunshine and a stunning collection of contemporary Australian art for guests to enjoy in their rooms. One of the best things about staying in a location so close to the city centre is the choice of nightlife. The famous King’s Cross is a five-minute walk and Wooloomooloo Wharf with all its restaurants is just a short stroll away, too. 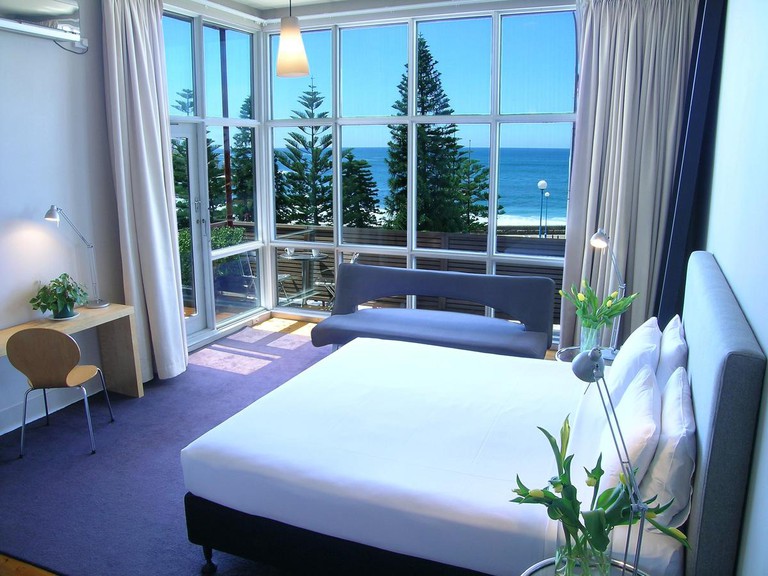 At the end of the famous Bondi to Coogee boardwalk, you’ll find the Dive Hotel. Having been around for almost 20 years, it isn’t one of the more new hotels in Sydney, but does pride itself on feeling like a home. Compared to busy Bondi Beach, Coogee is much calmer and has a chilled-out family atmosphere. The six rooms at Dive Hotel embody this attitude completely with their contemporary beachy atmosphere and its position right on the water. Book a sea-facing room for views over the gorgeous Wedding Cake island and take a dip in the famous Wylie’s Baths around the corner to truly feel like you’ve made this place your home.

For more options, check out these good-as-new hotels in Sydney. Heading to Surry Hills? Discover our guide on the best hotels in the area.