The Best Restaurants in Sydney According to Firedoor’s Chef, Lennox Hastie 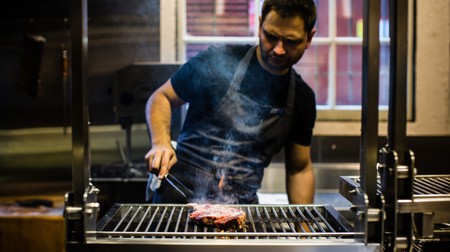 Lennox Hastie always loved visiting Australia. With an Australian father and a Scottish mother, the British-born chef used his dual citizenship to travel Down Under in his 20s. As a holiday destination, Sydney ticked all the boxes for the man now at the helm of acclaimed Sydney eatery, Firedoor – as the city in which to pursue a career in food, not so much.

“If you told me years ago I’d be opening a restaurant, let alone a restaurant in Sydney, I would’ve told you that you were smoking something,” Hastie tells Culture Trip.

“I always loved Australia, but it didn’t excite me in the same way that being a young chef in Europe did… you know, Australia wasn’t really at the forefront.”

After 2004, Hastie returned home to train in some of the UK’s top kitchens – Le Gavroche and Belmond Le Manoir aux Quat’Saisons – before a five-year stint alongside Victor Arguinzoniz in the Basque Country at Etxebarri, perhaps the best barbecue on earth. 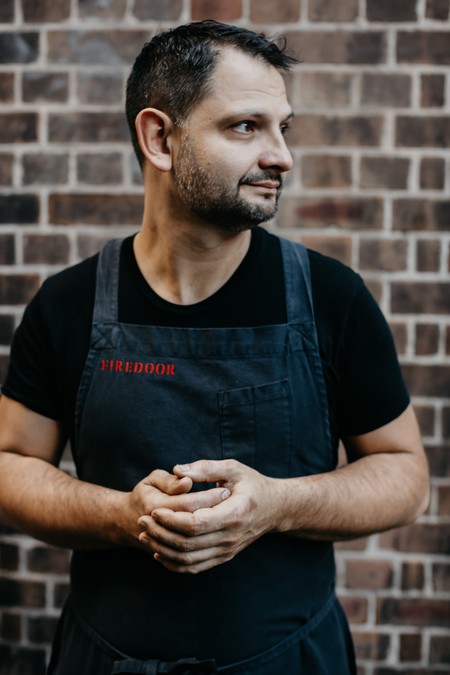 And while the young chef was cutting his teeth in Michelin-star restaurants, Australia’s dining scene was maturing, too.

“There’s just been this huge growth in Australia in the past eight to nine years,” says Hastie, who returned to the country in 2011 before opening Firedoor in 2015.

“It’s just exploded with recognising the quality of the Australian ingredients, and the diversity that it has there. What it has to offer is this boundless freedom to be able to still try to define what Australian cuisine is.

“Things that seemed foreign to us years ago become everyday [things]. It’s quite a shift.”

So, where does Lennox Hastie go for a meal when he’s not in the Firedoor kitchen? Here are his recommendations for the best restaurants in Sydney. 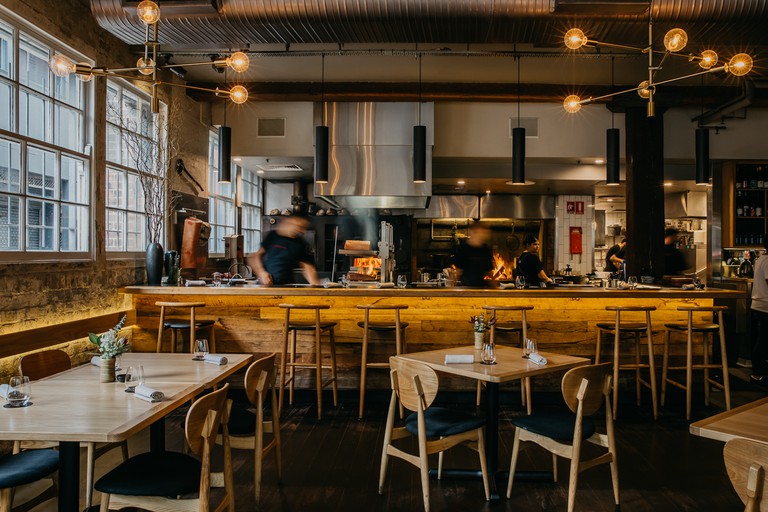 Lennox Hastie originally planned to spend just 12 months at Etxebarri but ended up sticking around for five years alongside the legendary chef Victor Arguinzoniz. That celebrated Basque barbecue joint has one gas kitchen and one grill kitchen, but when Hastie opened Firedoor, he went entirely flame-powered. Every dish at this Surry Hills favourite is cooked in the two wood-fired ovens, on three grills and a hearth – no gas, no electricity, no gimmicks. The restaurant’s signature dish is the dry-aged steak – which Hastie describes as the best steak in Australia – but Firedoor is so much more than a steakhouse, curating a daily menu stuffed full of fresh seasonal produce. “That’s one of the preconceptions I wanted to break,” Hastie says. “We write our menus every day for the best ingredients available, and 20 percent of that is made up of meat – the rest is fish or vegetables because I wanted to change people’s preconceptions of what a grill restaurant is.”

Most of Lennox Hastie’s recommendations are owner-operated restaurants like Firedoor, where the chef has skin in the game, putting their own money behind their culinary vision. LuMi is the perfect example. Since 2014, chef Federico Zanellato and his sommelier wife Michela Boncagni have turned Italian cuisine on its head, infusing their ever-changing degustation menu with a Japanese twist. LuMi’s glass-fronted dining room gazing out over the water in Pyrmont is another big drawcard. “He puts his heart and soul into all he does, and as a result, it’s a very distinctive style of restaurant,” explains Hastie. “What he does is Italian mixed with Japanese – and he does it extremely well.” 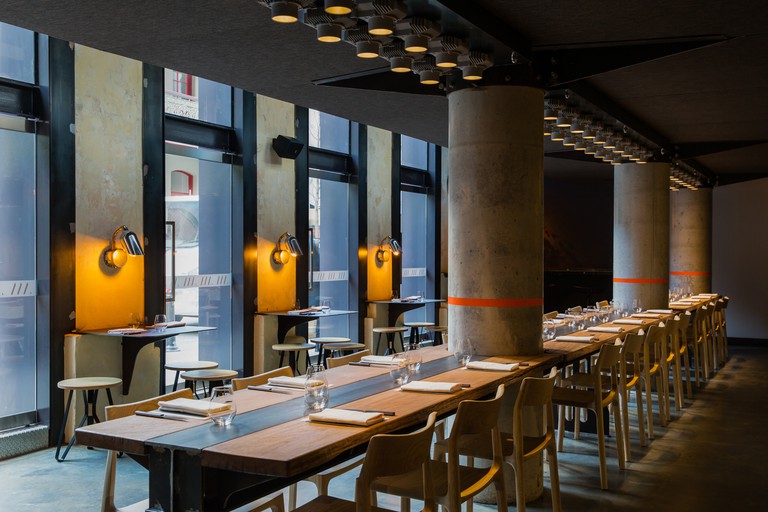 Clayton Wells has a mightily impressive CV for a young chef. After learning his trade at Sydney fine-dining institutions Quay and Tetsuya’s, Wells moved to London to open the Michelin-star Viajante and then came back to Sydney to set up David Chang’s first Momofuku outside New York. Today, he helms Automata – an industrial-chic Chippendale diner plating up a five-course tasting menu for lunch and a five- and seven-course degustation for dinner, utilising inventive local ingredients. Seaweed crackers, spanner crab and fermented chilli pasta, and pink snapper tartare exemplify Wells’ creations. “Again, it’s chef-owner-operator driven – it’s very much his,” says Hastie. “We cook in very different ways, but we both believe in using the best Australian ingredients we can. So, it’s almost playing the same notes. Whereas he might be grunge, I might be rock – it’s like a different style of music.”

Dining rooms don’t get any more famous than the bowels of the Sydney Opera House, which is where Bennelong calls home. The Harbour City landmark supplies a backdrop that lives up to the food on the plate, where celebrity chef Peter Gilmore showcases Australia’s finest farmers, providores, winemakers and other producers. Whole tiger flathead, kurobuta pork and king george whiting all steal the show. “I’ve done collaborations in my restaurant with Peter Gilmore, and I like the way he supports Australian producers and represents that,” says Hastie. “They do very high quality, and they do very big numbers.” 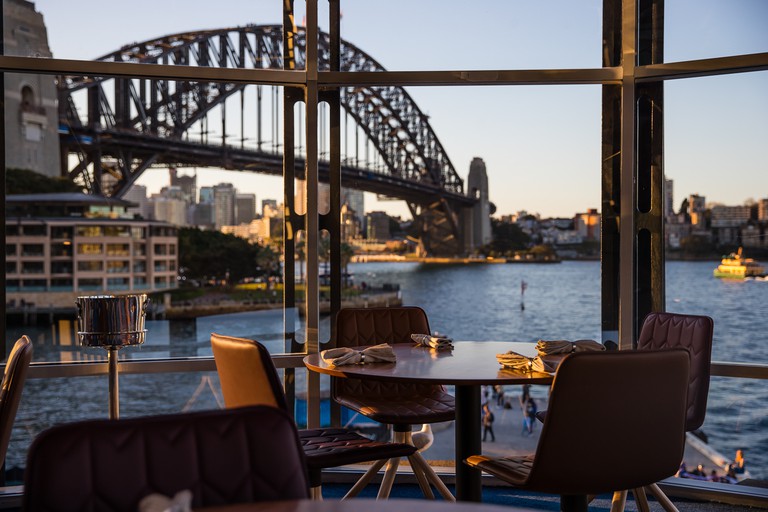 Peter Gilmore’s other harbour-front landmark occupies an equally glamorous dining room, staring through floor-to-ceiling windows at the Sydney Opera House across Circular Quay. Found on the upper level of the Overseas Passenger Ferry Terminal, Quay serves similarly sophisticated contemporary cuisine that celebrates high-end Australian produce – steamed mud crab, smoked pig jowl and roasted maremma duck highlight the six- and 10-course tasting menus. Hastie says: “To be able to offer that to the Sydney dining scene, in those iconic venues – especially when you’ve got those two mirrored, one inside the Opera House and the other looking at the Opera House – to put it on that stage and to go to that level at that capacity, I think is unbelievable. I take my hat off to that.”

This Japanese joint sits at the other end of the price spectrum to Quay and Bennelong, but the food is just as delicious. For lunch, workers queue for a steaming bowl of ramen at Chaco Bar’s original Crown Street hole in the wall, Chaco Ramen, just off Oxford Street. Then for dinner, the great-value yakitori chicken skewers are equally in-demand at its Victoria Street location close to Kings Cross station, which owner-chef Keita Abe moved into in 2019. “A really small hole in the wall – it does a limited number of bowls of ramen, and when it sells out, that’s it. So, there’s always a bit of a queue at lunchtime,” says Hastie. “And at night-time, it probably does the best yakitori in Sydney.”

The second family-run business from the team behind the now-closed Mabasa in Balmain quickly became a Fitzroy Street favourite when it opened in Surry Hills in 2018. Sáng by Mabasa is tiny – just a couple of communal tables and a row of stools at a counter – and diners cram in for a taste of the Korean classics prepared by self-taught chefs Seung Kee Son and Jin Sun Son, including dishes like the bibimbap, Korean fried chicken and the Gu Jeol Pan platter of nine different delicacies. “It’s nice to have that Korean influence,” says Hastie. “The chefs understand the beautiful balance of being salty and sweet and spicy – that palate is really hard to get right. It can so easily be done wrong.”

When international chefs come to visit Lennox Hastie in Sydney, he either takes them to Bennelong for a meal inside the Opera House, or he makes a beeline to Bondi. Sean’s is a quintessentially Australian dining experience – ocean-fresh seafood, a sun-kissed dining room and unspoiled vistas over the country’s most famous beach. “It’s an institution,” says Hastie. “It’s a voice that’s reverberated for many years because it doesn’t compromise on the quality of those ingredients that are quite beautifully and simply presented. And obviously, where it’s situated in Bondi, it just makes it quite a uniquely Australian restaurant. It’s very much a warm welcome. It’s very relaxed, but also excellent – the quality of the food there is superb.” 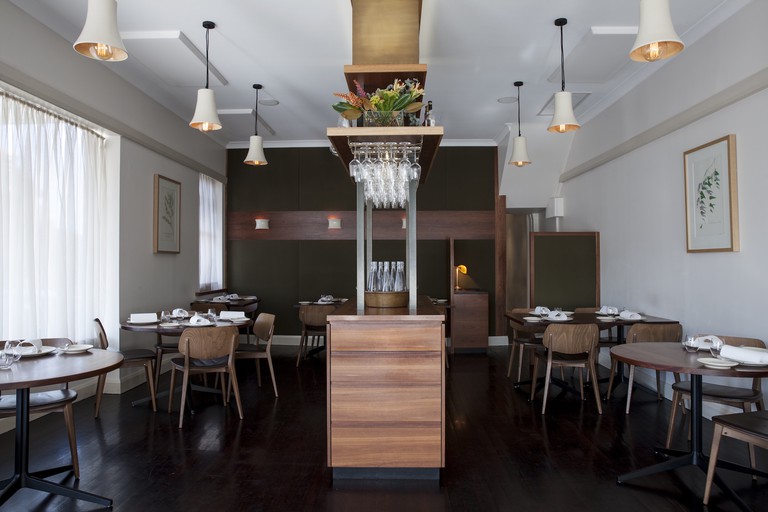 The bohemian Inner West is where Sydneysiders head for a great gastropub or a dirt-cheap pho rather than fine dining, but Sixpenny has brought a stylish degustation to the streets of Stanmore. Sitting inside a suburban house built in 1907, Sixpenny chef Daniel Puskas works with small-scale farmers, fishers and producers to create a seasonal tasting menu complemented by European and local wines. “Sixpenny just quietly, confidently goes about its day to day – doesn’t blow its own trumpet, just does what it does, and does it extremely well,” says Hastie. “Think of a three-hat restaurant in Stanmore of all places in an old house, but because of that location, it has the feeling of being in someone’s dining room.”