The Best Nightclubs in Sydney 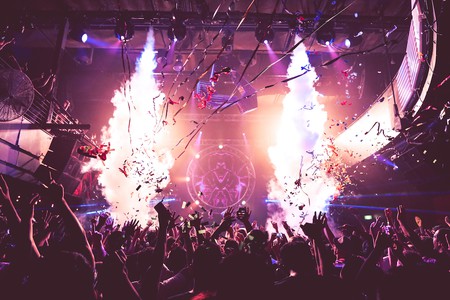 Sydney’s nightlife has experienced a world of change in the past few years. Draconian lockout laws – which, until recently, forced city centre venues to shut their doors at 1.30am then pour last drinks at 3am – were imposed by the New South Wales state government in 2014, suffocating the night-time economy. With these laws now scrapped, Sydney is primed to once again become a world-class destination for the perfect night out. The recovery won’t happen overnight, but never fear – there’s still plenty of fun to be had.

“With the stroke of a pen, they can decide the CBD of Sydney now becomes East Berlin,” said the Oxford Art Factory’s Mark Gerber in interview just before the laws were scrapped. “But those shackles are about to come off.”

Industry whispers hinted that the lockout laws were to be axed in 2020, and they were right, which was music to the ears of Mark Gerber, who built his legendary gig venue from the ground up in 2007. 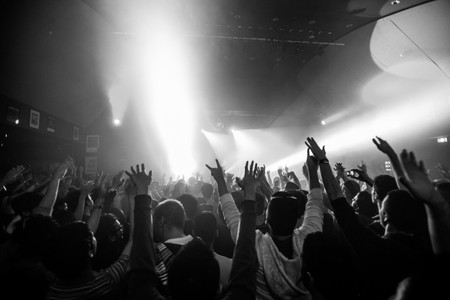 “There are times in every city when dreadful things happen, and they can come back. And I’m positive that the creative and cultural communities will come to life and bring a new zest and a new willingness to once again make this a fantastic place to live in and for people to visit,” affirms Gerber. “Sydney – when the shackles are off, and the convicts are allowed to think for themselves – is an amazing city to be in.”

Despite the laws having been repealed, the city’s night-time economy isn’t likely to bounce back immediately. Nevertheless, there’s still a good time to be had in the ever-resourceful Harbour City – even if you plan to party into the wee hours. 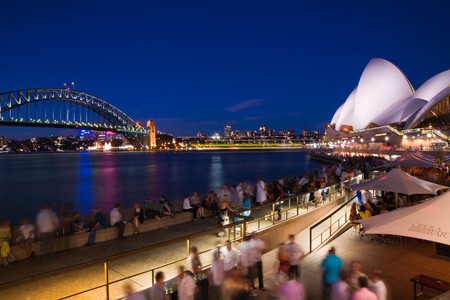 “You can’t suppress people’s endeavours and want to socialise and to be together and explore and discover new things and want to be artists and musicians,” Gerber insists. “Whether it be a small bar or a nightclub, there are definitely still venues you can go to.”

Here are the top picks, starting with Mark Gerber’s very own brainchild. 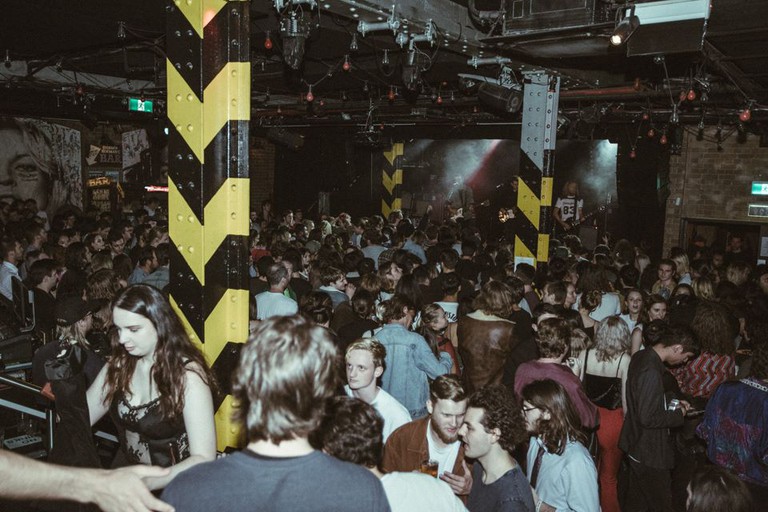 Mark Gerber has enjoyed a long and successful career in the entertainment industry, modelling in New York in the 1980s before working at iconic Sydney nightspot Q Bar – perhaps the most high-profile casualty of the lockout laws, closing its doors in 2015 after 22 years. In 2007, Gerber opened his own venue on Oxford Street – a two-room live-music space inspired by Andy Warhol’s Factory, where 5,000 punters a week now enjoy gigs. “There’s maybe a handful of venues that still put on live music in the CBD … prior to the lockout, there were at least 12 just in this strip alone,” Gerber laments. “That gives you an indication of where we’re at.”

A Crown Street stalwart that’s open from 6pm until 2am seven nights a week, Low 302 is another one of the few places keeping the live-music flame alive in the centre of Sydney. This moody candlelit room is furnished with red curtains, leather lounges and a wall of spirits – the perfect backdrop to a late night of blues, soul and jazz. “Apart from Low, I think I’m the only dedicated live music and performance venue in this entire precinct of Oxford Street,” Gerber says. “That’s how far we’ve come with the destruction of the culture of Sydney.”

Sydney nightlife tsar Justin Hemmes, overseer of the vast Merivale empire, is trying to revive the Harbour City’s late-night scene with the This Is Sydney campaign – throwing free gigs and re-introducing the much-loved Poof Doof club night to his glitzy Ivy precinct. “Ivy announced all kinds of initiatives in the face of the lockout law,” says Gerber. And so, Ivy remains the quintessential CBD nightclub – a George Street hive of bars and restaurants that includes the rooftop Pool Club and the Ministry of Sound on a Saturday night. 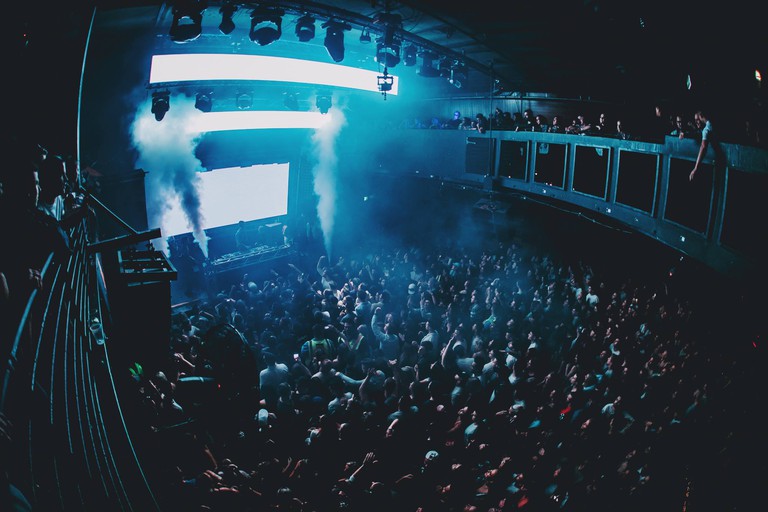 Courtesy of Home The Venue

Overlooking the water at Darling Harbour, this nine-bar, three-level extravaganza thumps every Friday, Saturday and Sunday, welcoming big-name DJs to regular club nights such as Homemade Saturdays and S.A.S.H on Sundays. Home guarantees the liveliest dance floor in the city centre. “The only one that I can think of that really performs as a nightclub still and puts on regular events is Home down at Darling Harbour – they’re a big one,” Gerber says. 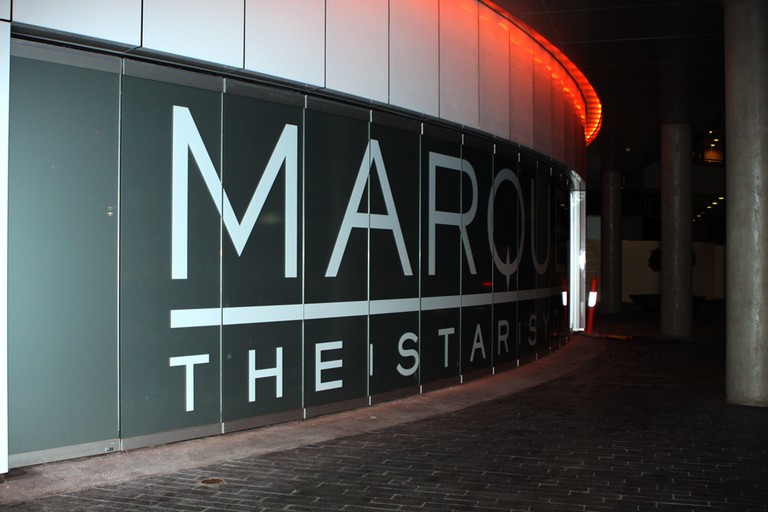 The Star casino was the lightning rod for Sydneysiders’ fury with the lockout laws, because lawmakers drew the boundary right at its front door. That meant the casino – and its resident nightclub Marquee – were exempt from the restrictions. Marquee regularly hosts music megastars, with Calvin Harris, Bruno Mars, Drake, Post Malone, Tiësto and Armin van Buuren having appeared here in the past.

To be clear, Bedouin isn’t a nightclub – it’s an upscale Lebanese restaurant that stays open until 3am as a cocktail lounge on weekends. But this cosy venue in the salubrious Eastern Suburbs is typical of where many Sydneysiders end up on a night out. “In Double Bay, you’re sure to find some places that may be restaurants during the week, but they’re nightclubs on weekends,” Gerber says. “In the last five years, there’s probably been an increase in Double Bay of nightclub-driven businesses coming back to life, purely because of the needs, as people can’t party in Kings Cross anymore.”

The Inner West – particularly the bohemian postcodes of Newtown, Enmore and Marrickville – is another appealing destination after midnight. “There’s a different kind of night-time business economy in the Inner West – it always has been different, more pub-driven,” says Gerber, explaining there are few classic nightclubs in the area. “Underneath The Marlborough Hotel’s Marly Bar, Tokyo Sing Song is a small one.” This King Street hidey-hole was revamped in 2017, adding a huge dance floor, two stages and the only Pioneer sound system in the southern hemisphere to this basement club, which stays open until 4am on Friday and Saturday nights. 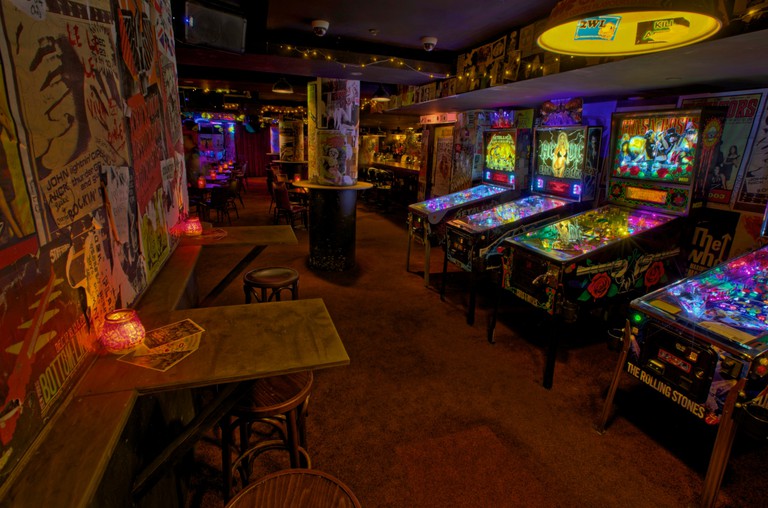 Pinball, pizza and rock’n’roll until late seven nights a week… that’s a winning combination. Sitting below Hunter Street smack bang in the middle of Sydney’s business precinct, Frankie’s looks like an old-school pizza parlour when you first descend the stairs – but the ear-splitting live music lures you into the dimly lit bar, where gig posters and pinball machines line the walls. “Frankie’s has live music and it also has a rock’n’roll kind of quality to it,” says Gerber, who reckons the vibe reminds him of his old home in New York. “It’s been highly successful and still continues to be so.”

As well as housing Mark Gerber’s Oxford Art Factory, Oxford Street is the hub of Sydney’s queer community – including Arq, Australia’s biggest gay nightclub, which celebrated its 20th anniversary in 2019. Perched just off Oxford Street on Flinders Street, this two-level club is a Darlinghurst landmark. “The LGBTQ community, with its overarching history in the area, it just made for a really cool, vibrant community,” Gerber says. “I hope that we can see a return to that, because it was certainly something that inspired me to continue to be involved with the area and made me proud of it.”