In a bold new move, Coca-Cola have just launched a marriage of two unlikely flavours: traditional Coca-Cola and coffee. The idea is that Coca-Cola Plus Coffee No Sugar will become the alternative for that routine second coffee so many of us require in the morning. Initially trialled in Japan, it has just launched in Australia to cater to the resident coffee-lovers there. Feeling intrigued by this caffeinated beverage? Here’s everything you need to know.

Coca-Cola Plus Coffee No Sugar is a limited-edition caffeinated beverage that was launched in Japan as a trial run for the big launch in Australia at the end of September 2017. In Japan, it was sold in vending machines as regular Coca-Cola with coffee; the sugar-free version is only available in Australia. 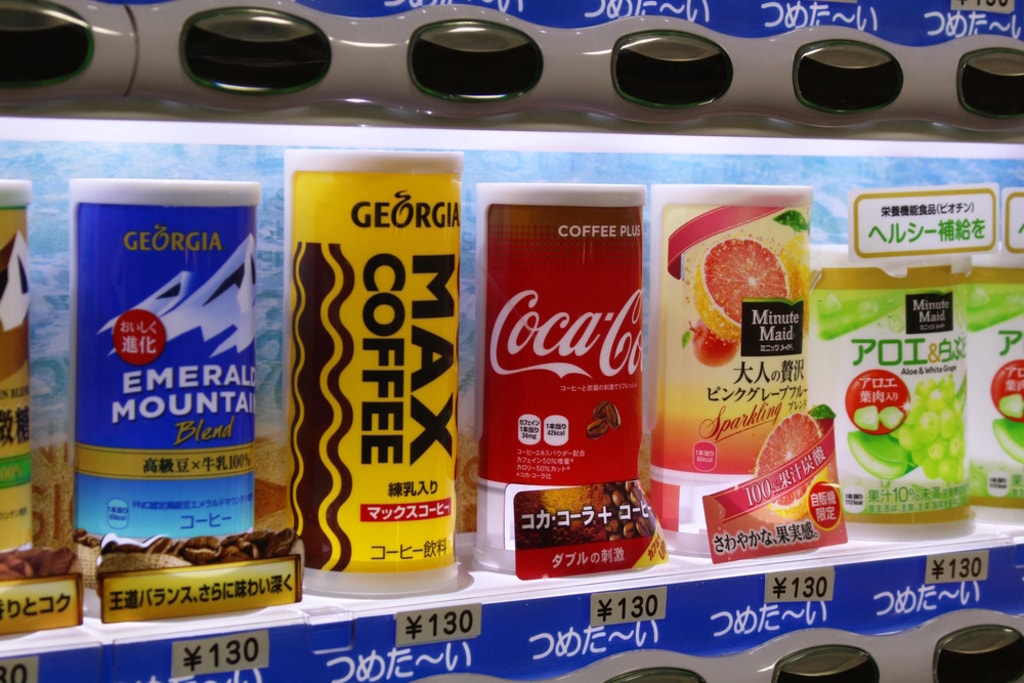 A spokeswoman for Coca-Cola explained that Coca-Cola Plus Coffee No Sugar was created with the Australian love of coffee in mind. The highly successful Coca-Cola Ginger, launched in October 2016, stemmed from market research that showed a significant number of Australians like drinking beverages with ginger in them. Australia has long been considered a nation of coffee-drinkers and Coca-Cola have decided to try and tap into this market.

Coca-Cola have described the drink as having the taste of traditional Coca-Cola, with ‘a dash of real coffee from Brazil’ and a ‘subtle caramel undertone’. The feedback from the market has been mixed. Shin Shouhin, a news site in Japan, reported that, ‘it is not a very tasty fragrance’, adding that it has a ‘curious’ and ‘strange’ aroma and the taste is like Coca-Cola with an aftertaste of coffee. ‘I didn’t think it tasted good’, reported the article, ‘but it wasn’t as bad as I thought it would be’. 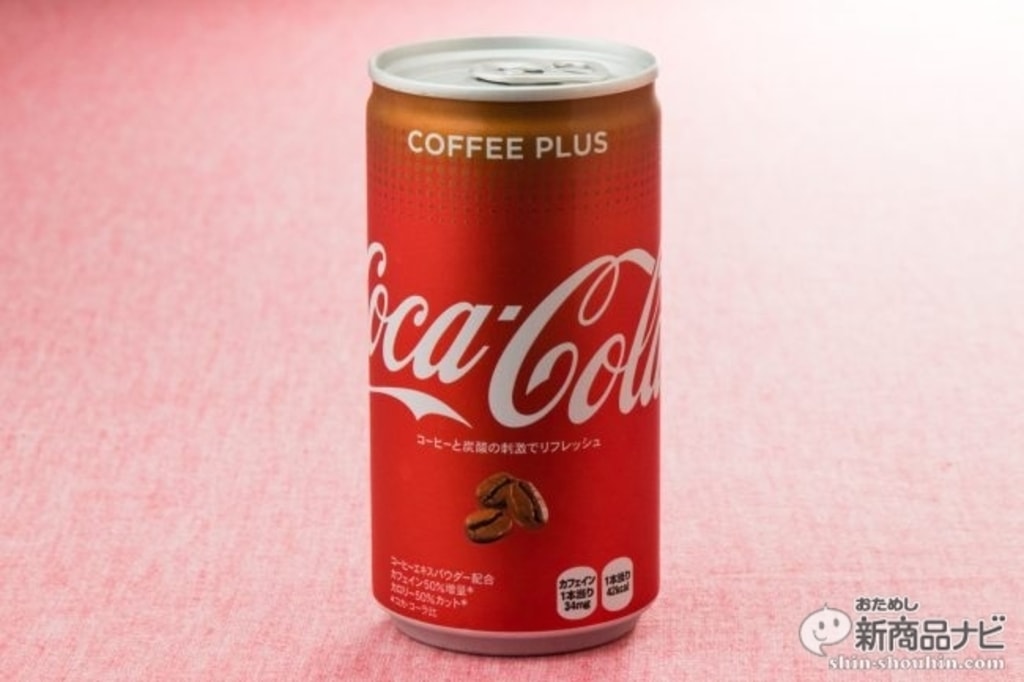 Would you drink coffee Coca-Cola? | Shin-Shouhnin / Get News

This isn’t the first time Coca-Cola have experimented with coffee-flavoured drinks. In 2006, they launched Coca-Cola BlāK in the US and in Europe, but it was later discontinued in 2008. It was criticised for its taste that failed to balance the flavour of Coca-Cola and coffee and for its unpleasing packaging; it was also in competition with other energy drinks in the market at that time.

A can of Coca-Cola Plus Coffee No Sugar is just 190ml (6.4oz), while a regular-sized can is 355ml (12oz); it contains 14mg of caffeine per 100ml, compared to 9mg per 100ml in a regular Coca-Cola. It has fewer calories, with just 42 calories per can, compared to the 140 calories in a regular can. The amount of caffeine still doesn’t compare to a regular coffee. You would need to drink two Coca-Cola Plus Coffee No Sugars to get almost the same caffeine kick as a single-shot latte, which contains around 77mg of caffeine. 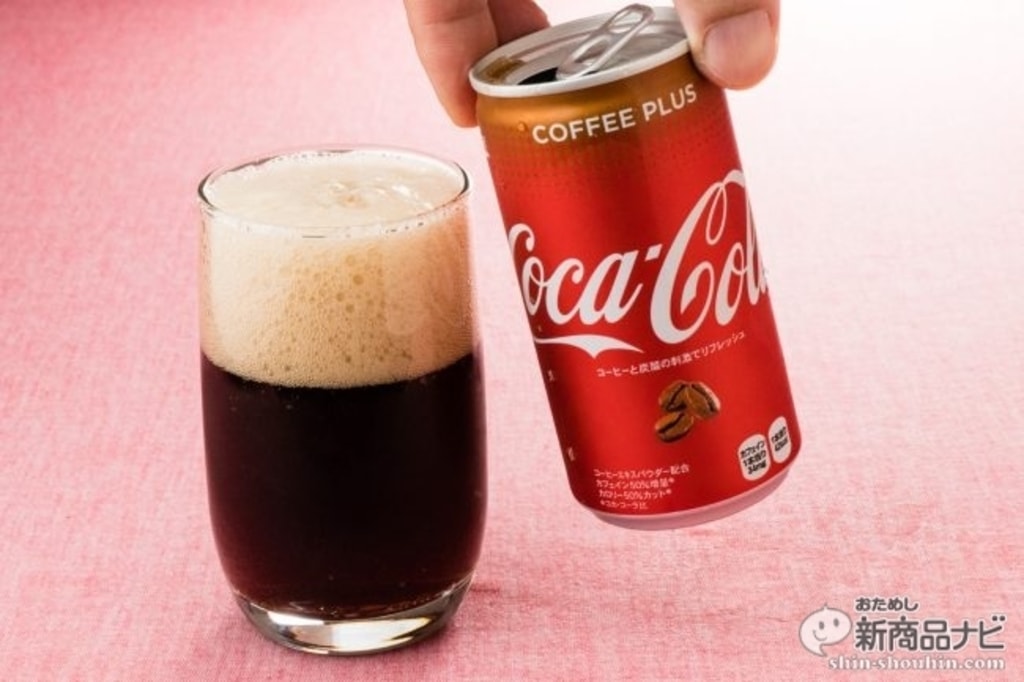 For its size, this new drink has a high quantity of caffeine, but it is far from the most caffeinated beverage on the market. A regular can of Diet Coke, for example, contains 46mg of caffeine. One of the most caffeinated drinks on the market is Jolt Cola, which is making a comeback this year. With a slogan declaring, ‘All the sugar and twice the caffeine’, it was first released in 1985 with 160mg of caffeine in a 473ml (16oz) bottle. A bottle of regular Coca-Cola of the same size contains 45mg of caffeine. It was relaunched in September this year.

The coffee flavour of the beverage was sourced from 100% Brazilian coffee beans, but there are as yet no plans for Coca-Cola Plus Coffee No Sugar to be rolled out in Brazil.

Caffeine addict? This gadget will bring you coffee in bed.