How to Spend 24 Hours in Sydney, Australia 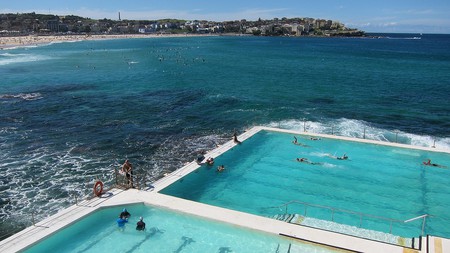 With a to-do list as long as the Harbour Bridge, 24 hours is nowhere near enough time to see everything Sydney has to offer. Culture Trip turns to local expert Shannon O’Brien for advice about how to make the most of a quick visit to the harbour city.

Visitors with only one day in Sydney should set their alarms at the crack of dawn for a unique perspective of the city’s most famous icon, the Harbour Bridge.

“As much as there’s a lot of other stuff great about Australia, when you can see the Bridge and the Opera House together, it’s absolute perfection,” says Sydney Harbour Kayaks’ Shannon O’Brien, who’s paddled out to the twin landmarks most mornings for the past 13 years.

“And it always gives you goosebumps. I see it from the water in different light most mornings, so I’m really lucky. When you take your customers there, they’re absolutely blown away. It’s cool as hell.”

Sleeping in is not an option with only 24 hours to tick off Sydney’s highlights. As well as supplying a waterfront panorama of the harbour’s two picture-perfect symbols, a sunrise paddle also makes room to race around the city’s countless other must-dos.

“You’ve got coastal walks. Do the BridgeClimb. Taronga Zoo is the greatest place in the world. Visit Chinatown, it’s awesome. The Rocks, I love going there. The Powerhouse Museum is unreal. There’s so much stuff. It’s unreal. It’s the best place.”

With so much to squeeze in, and with so little time, this is how to spend 24 hours in Sydney, according to O’Brien.

Hitting Sydney Harbour at sunrise kick-starts this jam-packed one-day itinerary. It’s still a working harbour, though – Sydney’s ferries bring thousands of commuters to work in the city centre – so a tour is a safe way to navigate the water and sniff out all the best vantage points.

“I’m out there all the time, and every single time I go out there, I’m just absolutely in awe,” O’Brien says.

“What I think is special is you’ve got two major landmarks that were built 50 years apart by completely different architectural and design teams, yet they’re so synonymous with each other, so perfectly balanced with each other, that there is no way you could have one without the other.

“Go under the Bridge, and look up. You just feel so tiny. That structure above you is just amazing. It’s huge. It looks a little sinister because it’s all heavy steel and the noise of the trains and the traffic, and you’re just sitting there on a kayak going: ‘This is the coolest thing ever’.” 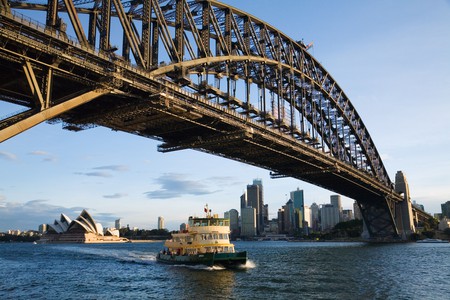 The harbour is Sydney’s most unique selling point, and a morning spent exploring the water is a morning well spent. Goat Island and Kirribilli Government House sit on either side of the bridge. Middle Harbour leads to Manly, Clontarf, and O’Brien’s favourite spot, the lighthouse at Grotto Point. There’s Rose Bay and Watsons Bay in the east, or Balmain, Birchgrove and Birkenhead Point in the inner west. And the mangroves of Scotts Creek and Bantry Bay are only accessible by kayak.

Afterwards, refuel with brunch at Thelma and Louise – a charming café next to Hayes Street Beach on the Lower North Shore.

“It’s right on the edge of Neutral Bay ferry wharf,” O’Brien says. “There’s a balcony that overhangs the water, so you make sure you get that seat.”

Sydney is stacked with visit-worthy cultural attractions to occupy an afternoon. The Museum of Contemporary Art, the Art Gallery of New South Wales, the White Rabbit Gallery and the Australian Museum make the shortlist of institutions that culture vultures should swoop on. Others include the Museum of Sydney, Hyde Park Barracks and the Maritime Museum.

But the Harbour City’s point of difference belongs to the water. The six-kilometre (3.7-mile) clifftop walk from Bondi to Coogee via some of the eastern suburbs’ most golden beaches is a stunning (if a little too well trodden) way to invest two or three hours after lunch. Beaches north of the city such as Balmoral and Manly are also worth the journey.

O’Brien advises combining art with the outdoors at Wendy Whiteley’s Garden, one of Sydney’s best-kept secrets. Built in the 1990s in the wake of her artist husband Brett Whiteley’s tragic death, Wendy devoted her attention to this whimsical garden beneath her Lavender Bay home, where sculptures and picnic tables complement the postcard perspective over the harbour.

“My favourite is to just take a thermos of coffee and a couple of croissants and walk up to Wendy Whiteley’s secret garden,” O’Brien says. “It’s beautiful. It’s calming. It’s lovely. It’s one of those things that’s absolutely brilliant.” 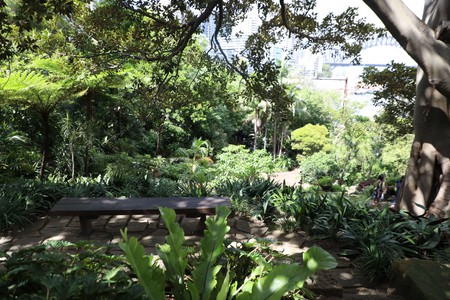 The cruise from Circular Quay – well connected to the Lower North Shore by ferry – to Manly is an essential Sydney experience, especially on a warm evening while the city lights sparkle at dusk. The 30-minute trip ends at Manly Wharf, a foodie destination known for its array of upscale al fresco eateries offering water views.

“It’s a bit trendy for my liking, but Hugo’s is great,” O’Brien says, before recommending a more budget-friendly option just a short stroll around East Manly Cove Beach.

“A great one is the Manly Skiff Club. Every night, there’s a different theme – $10 steak night, or $12 parmi night, or $10 burger night. You sit way out on the water, but it’s super cheap because it’s pub prices.” 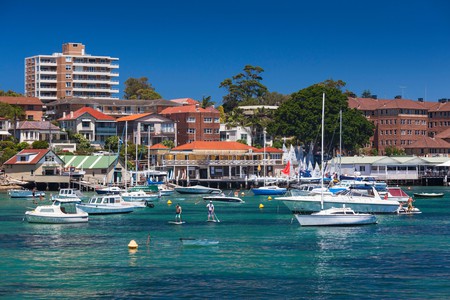 For Energiser bunnies with the stamina to power on past midnight, head back to the city for CBD cocktails at the Baxter Inn or Bulletin Place, or venture into the inner west for Sydney’s most diverse after-dark ecosystem, where old-school Aussie pubs and microbrewery tap rooms live alongside Melbourne-style small bars and live-music venues. For a quiet schooner after an early start on the water, though, O’Brien has another tip.

“The Skiff Club down here at Middle Harbour, that’s a great one – you can sit way out on the water,” he says. “It’s really cool, it kicks on for a while without having to go to a louder pub environment.”