How To Make the Most Out of 5 Days in Sydney 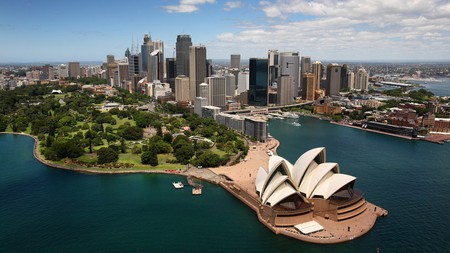 Five days is the perfect amount of time to take in Sydney and all it has to offer | © redbrickstock.com / Alamy Stock Photo

Sydney is a stunning city in which to enjoy some incredible outdoor activities and must-do experiences such as visiting the Sydney Opera House or climbing the famous Harbour Bridge. Five days in the city is enough to see all the top sites as well as allowing time to explore the suburbs, which offer some of the best cafés and bars in the city.

Culture Trip talks to Carriageworks boss Blair French who reveals his idea of five perfect days in his home city. French joined as CEO of the contemporary arts centre in 2019 and since then he’s been encouraging visitors to explore other parts of the city, including Eveleigh, where Carriageworks is based.

“I’m always interested in the grit of cities,” he says. “Of course the coastal parts of Sydney and the harbour are spectacular, but I would always encourage a visitor to come our way.” 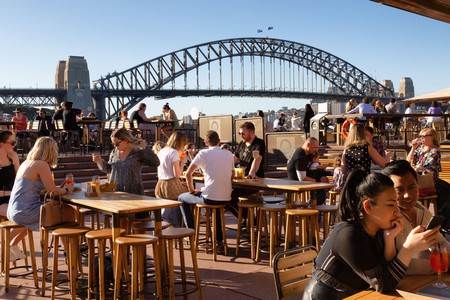 It’s impossible to ignore the charms of Sydney Harbour and its stunning landmarks that line the coast. Every stay in this sunny city should start with a stroll around the Opera House and Harbour Bridge via Circular Quay. And if your budget allows, be sure to fit in a BridgeClimb for an unforgettable view over the city. Circular Quay’s wharf is also bustling with ferries transporting passengers across to Taronga Zoo or Manly, which sits on the laid-back Northern Beaches. A pleasant walk through the Royal Botanic Gardens is also not to be missed and is situated within walking distance from Sydney’s celebrated galleries including The Art Gallery of New South Wales and the Australian Museum, and landmarks such as St Mary’s Cathedral and the ANZAC Memorial.

“In terms of the big-ticket cultural things, the Museum of Contemporary Art (MCA) is the place to go,” says French. The stylish sandstone Art Deco gallery is perched on Circular Quay.

“I worked for many years at the MCA, and in terms of art, it’s a really interesting way – and quite manageable in terms of scale – to get a sense of contemporary Australian art and particularly Aboriginal Australian art. And the collection is free.” 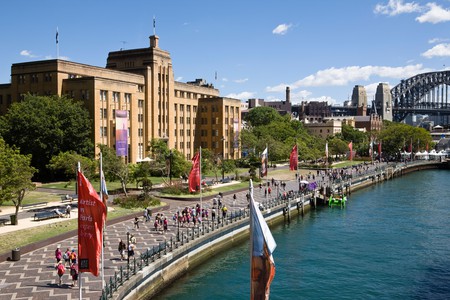 French also encourages visitors to check out his new place of work in Eveleigh, which sits between the suburbs of Redfern and Newtown. Carriageworks started off as old railway warehouses in the 1880s before being redesigned into an events space in the new millennium. These days visitors are treated to a calendar of live performances, theatre, art installations and exhibits, plus marquee events like Sydney Festival and Mercedes-Benz Fashion Week.

On Saturdays the space is transformed into a local farmers market, bustling with people who browse organic produce, buy some artisan bread or tasty treats while enjoying good coffee. Good food doesn’t end at the market door. In nearby Redfern – the hub of Australia’s urban Indigenous community – cafés like Henry Lee’s and Three Williams, eateries like Breadfern and Happy D’s, and nightspots like the Bearded Tit and Misfits are among Sydney’s best.

“Take a bit of a walk through the surrounding areas. Neighbouring Redfern is in the heart of contemporary political Aboriginal Australia,” French explains, encouraging travellers to learn more about the Indigenous community on a walking tour of the neighbourhood.

“The history of the Carriageworks building is really interesting because it has a really strong history of the labour movement and Indigenous employment, being one of the first employers with equal wages for Indigenous workers. It has that extraordinary history and this amazing building,” says French. 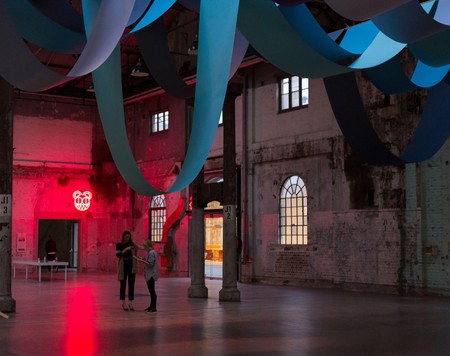 Not far west of Carriageworks is King Street, Sydney’s most colourful strip and the spine of bohemian Newtown. This inner-west neighbourhood can easily take a whole day to explore, starting with brunch in Brewtown or Fleetwood Macchiato right through to dinner at Sixpenny or Emma’s Snack Bar.

“I’m spoiled by Newtown,” French says. “I’m a big fan of the Continental Deli on Australia Street – fabulous for a drink and a bite to eat at the bar, but also the bistro upstairs. Down the slope, more budget-effective, the whole of Enmore Road just west of Newtown has become this really interesting little eat street. Stanbuli is pretty special, but Cairo Takeaway does the best falafel and Egyptian vegetable plates that you can imagine.”

With a creative streak flowing from the Sydney Uni’s student population next door, Newtown is also the epicentre of Sydney’s live music and craft beer scene. The quintessential Newtown night out is grabbing a pint at the Young Henrys brewery, scoffing a kebab at Cairo Takeaway, then catching a gig at the Enmore Theatre, all within steps of each other. Brews at Grifter and Batch plus tunes at the Factory Theatre are further reasons to stroll down Enmore Road to Marrickville.

“An afternoon spent dropping into Young Henrys or Grifter or one of the other local breweries is a really interesting way to get the feel of the city, all the way down to Marrickville,” French says.

“There are lots of interesting little bars – one’s called Corridor. It’s far more of a Little Melbourne vibe than what we’ve associated with Sydney. They’re pretty simple and not ostentatious like other places in Sydney might be. Where once you would’ve come to Newtown for a live band and a pub crawl, I think there’s now some really interesting bars to find your way through,” French says. 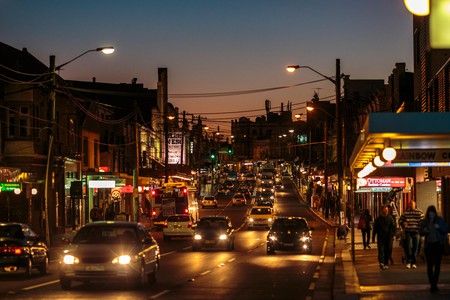 The six-kilometre (3.7-mile) clifftop path from Bondi to Coogee is truly jaw-dropping, and a day spent splashing around at Bronte, Clovelly, Tamarama and Gordons Bay along the way is a day worth adding to any itinerary. But French wants people to know it’s not the only waterfront walk in Sydney.

“Everyone sends people off – and it’s pretty spectacular – to the coastal walk along the eastern beaches, but there’s some really interesting inner harbour walks,” he says, advising the harbourside stretch of the Inner West.

“That takes your way around Balmain, Drummoyne, Leichhardt – you’re passing all these old reclaimed industrial sites and parks, and for me that’s really interesting. It’s packed even on a Saturday or Sunday in winter. It’s a real community sense again – lots of little cafés doing their Italian short blacks and for me, you just get a vibe for the feeling of the place.

“Wander up from there into Five Dock or Haberfield main street into one of the really classic old Italian delis for a little bit of ricotta cheesecake on a Saturday morning. I would recommend that above the beaches, personally.” 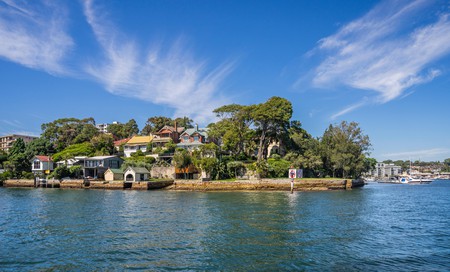 Use the last of the five days to mop up some of Sydney’s lesser known cultural hubs and most mouth-watering foodie destinations. Begin with brunch at Surry Hills specialty coffee shops Paramount Coffee Project, Reuben Hills or Single O before checking out a few of French’s favourite galleries, including Artspace in Woolloomooloo and 4A Centre for Contemporary Asian Art in Haymarket. Nearby Chippendale – home to renowned Chinese gallery White Rabbit – is a hotbed of restaurants and watering holes.

Behind the Royal Botanic Gardens and the Andrew Boy Charlton Pool jutting out into the harbour, Woolloomooloo is another inner-city suburb worth visiting. Once a gritty working-class neighbourhood, Woolloomooloo’s long Finger Wharf is now covered in high-end restaurants, and the streets up to Potts Point and Kings Cross are sprinkled with venues like Riley St Garage, Frisco Hotel and the historic Harry’s Café de Wheels. 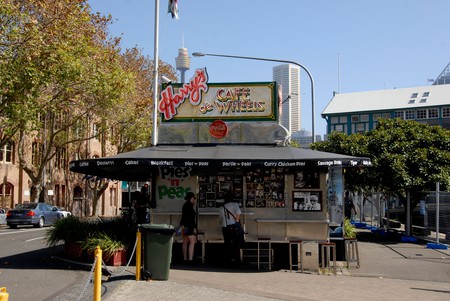 “It retains a really interesting dynamic,” French says. “And it’s an interesting place to have a walk from the gardens through to King’s Cross to get down to Woolloomooloo.”