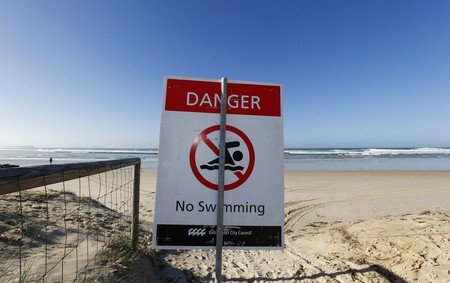 The 33-year-old Australian man named Terry Peck supped at Gold Coast seafood restaurant Omeros Brothers on Sunday afternoon. According to news.com.au, Peck ordered a feast that included two whole lobsters, 21 oyster shooters, a baby octopus, and several Coronas. However, when his $621 ($465 USD) bill arrived, he opted for the dine and dash, but with a panicked, maritime twist. As thewest.com.au reports:

When asked why he left the restaurant without paying, “Peck said he had run to the aid of a female friend who was about to have a baby on the beach but had mysteriously disappeared,” news.com.au writes. He added that the lobster was “a bit overcooked,” which the restaurant has denied.

Peck also made a point to explain that he’s been reaching out to Eminem, asking to have a rap battle. Shockingly, Eminem has yet to accept Peck’s challenge.