A Surfer's Guide to Sydney 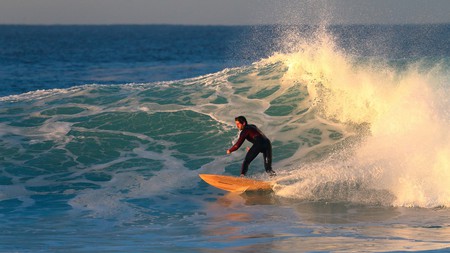 Whether a long-time pro or newbie on the scene, getting to grips with a new city’s surf scene can be a bit overwhelming; in a bid to break it down, here is our go-to guide to surfing in Sydney. From the best surf shops to must-know stretches of sand, check it all out here!

Originally a part of traditional Polynesian culture, surfing was brought to the continent of Australia in 1915 by Hawaiian, Duke Kahanamoku who wowed crowds in Freshwater with this alien art form (his board can be seen on display at Freshwater Surf Life Saving Club). From then on it was clear; this seaside city with waves aplenty would be the breeding ground of surfing in contemporary culture.

Throughout decades Australian surf culture gained traction, producing an endless supply of notable surfers such as Stephanie Gilmore and Mick Fanning, resulting in this ancient art form becoming an intrinsic part of the Aussie lifestyle.

Sydney beaches are synonymous with surf culture and whether a local or a far off traveling tourist, names like Bondi and Coogee are forever burned in our minds. The question is which is the one to hit up? Depending on the level of expertise and the weather, swell and so on, these beaches boast different benefits.

Although the landscape of surfing is always changing, depending on a number of factors (as mentioned above), there is a general consensus that beaches for beginners include Freshwater Beach, Bondi and Manly, all of which boast a great supply of surf schools and nearby amenities, coffee shops and restaurants. For intermediate surfers, try the likes of Garie Beach in the Royal National Park, Dee Why and Cronulla; for advanced wave-riders check out Shark Island and Curl Curl Beach. Although with over 100 city beaches to choose from, the list is truly endless.

Weather plays a huge part in the quality and consistency of waves, whether they be beginner-friendly beaches or better suited for pros. Although a challenge is always good, approach water and surf safety with consideration. The Beachsafe app is a gem when it comes to navigating the surf, offering up real-time info on weather, winds as well as possible hazards. Magic Seaweed is another great tool for forecasting the surf on endless beaches across the globe, including Sydney, of course.

Always check the surf size, swell and wind conditions before heading out, and remember to respect the sea, it’s one powerful force of nature!

Endless supplies of surf stores line the shore in Sydney, an accurate representation of the inherent surf culture of this city. For boards and bits check out Coogee Surf & Co. in Coogee, Aloha Manly Style or Surf Culture at Bondi Junction.

Although Sydney’s advanced surf culture is thriving, there are still heaps of beginners on the waves trying to get in on the action, as well as surf lessons aplenty. It’s a tough sport, so even if you’ve been at it for months, a few lessons may boost your surf game! Let’s Go Surfing Maroubra (also in Bondi and Byron Bay) and Manly Surf School are considered the best surf schools in the city with year round classes for all levels of surfers.