11 Genius Ways to Save Money in Sydney, Australia 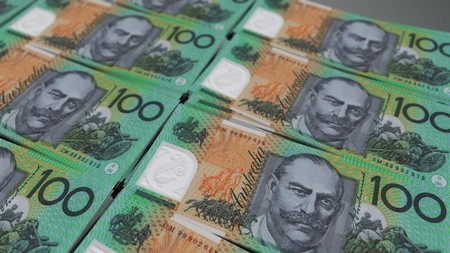 There’s no tip-toeing around it — Sydney is an expensive city. The 14th most expensive in the world in fact, according to The Economist, burdened with a higher cost of living than London, San Francisco and Stockholm. But it’s not impossible to save a dollar in Australia’s biggest (and priciest) city, especially if you follow these 11 clever money-saving hacks.

Sure, everyone visitor to Sydney is going to end up in Circular Quay, The Rocks and Darling Harbour to see the city’s big-ticket attractions – but keep your wallet in your pocket in these areas, where prices are higher than less touristy neighbourhoods. Nearby inner-city suburbs like Darlinghurst, Surry Hills, Redfern, Ultimo and Glebe are all more affordable, especially when it comes to food and drink.

One of Australians’ biggest bugbears when they travel overseas is having to slug an extra 10 or 20 percent on the bill to cover the tip, because it’s simply not customary here. Sure, if a meal comes to $95.60 we’ll pay a flat $100, or leave a tenner on the table for particularly good service – but hospitality workers are paid a dignified wage in Australia, so there’s no need to tip like you would in somewhere like the United States.

Backpacker hostels are the natural habitat of the budget-conscious traveller, and there are some great options in Sydney. Sydney Harbour YHA, which offers multi-share rooms from as little as $30 a night, boasts panoramic vistas over the water, including the Opera House and the Harbour Bridge… talk about champagne views on a beer budget! 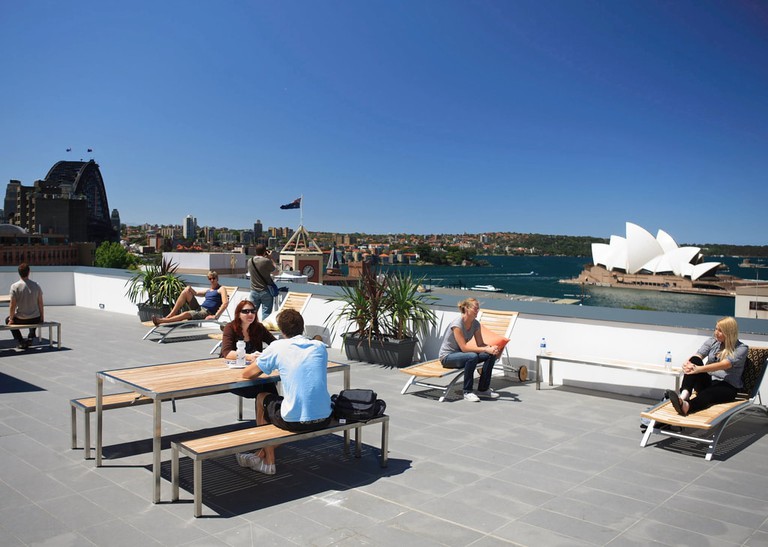 Goon – or cask wine, a low-cost product packaged in a box – is much maligned by Australians, but with so many world-class wineries across the country, the cheap stuff isn’t all that nasty. Even budget supermarket chain Aldi has formed a happy habit of winning wine awards for their affordable drops. Budget boozers, rejoice!

Use an Opal card

If complaining about public transport was an Olympic sport then Team Sydney would be on the podium, but even critics would have to admit that trains, buses and ferries efficiently connect all the city’s major attractions – and grabbing an Opal card will save you a few bucks. Much like an Oyster card in London or other smart cards elsewhere in the world, the Opal is free, guarantees cheaper fares than individual tickets and makes it easier to jump on and off public transport. 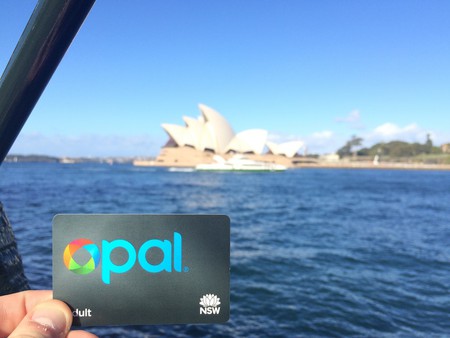 Anyone who’s been stung $70 for the seven-kilometre journey from the airport to the city knows that taxis in Sydney are mighty expensive, so the ride-sharing app was a godsend when it arrived in the Harbour City in 2014. When public transport isn’t an option – especially after midnight, when Sydney’s train and bus services stop for the night – an Uber will almost always be a cheaper and more pleasant experience than trying to hail a cab.

Go to a free museum

The Art Gallery of New South Wales, the Museum of Contemporary Art, the Maritime Museum, The Rocks Discovery Museum, the Nicholson Museum packed full of antiquities – you can visit all of these terrific museums around Sydney without having to part with a cent, which is like Christmas for penny-pinching sight-seers. 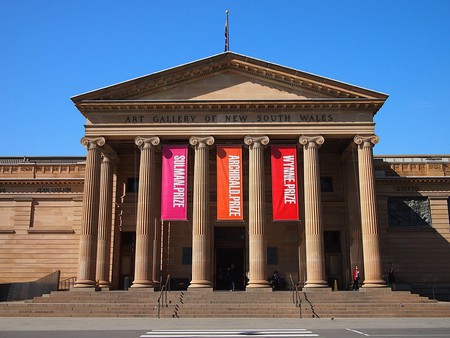 Go on a free walking tour

Two operators go head to head for ‘free walking tour’ supremacy in Sydney – in the orange corner, Free Tours Sydney, and in the green corner, I’m Free Walking Tours – both following similar routes through the city centre, Circular Quay and The Rocks, and both offering a budget-friendly walk through the Harbour City’s biggest highlights.

Hit up the great outdoors

Arguably Sydney’s greatest drawcard is its beaches – Bondi, Manly, Coogee, Cronulla, Bronte, Balmoral, Tamarama, Freshwater, the list goes on – and it doesn’t cost a shekel to visit any of them. If sun, surf and sand isn’t your cup of tea, there’s no shortage of walks, parks and cycling routes to take in. 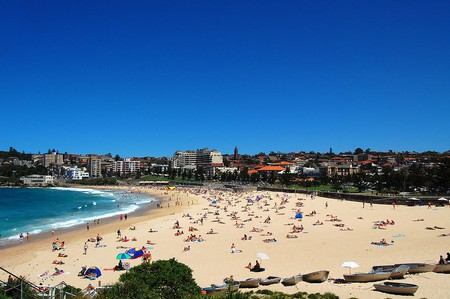 The streets around Circular Quay and The Rocks are littered with convenience stores flogging disposable souvenirs and overpriced food and drink – so unless you feel like paying $6 for a can of Coke and $22.50 for a fridge magnet of a koala wearing an Australia T-shirt, avoid them like the plague. Stock up at large supermarket chains Woolworths and Coles to save some coin.

Eating at the pub kills two birds with one stone: the cultural experience of visiting a fair dinkum Aussie watering hole, and filling up with a cheap feed. Most inner-city pubs do food specials – discounts like two-for-one meals and $10 schnitzels – if you’re looking for a bargain or, better yet, grab some ingredients from Coles or Woollies and cook up a storm at your hostel on the cheap.