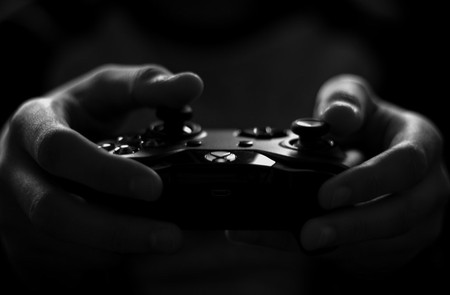 Australia might only be a small nation occupying the bottom right corner of the map, but the country is home to hundreds of large and small studios constantly churning out new, innovative offerings despite a baffling lack of government support. Introduce yourself to this growing niche through these 11 brilliant video games developed in Australia.

2K’s first-person shooter series — BioShock (2007), BioShock 2 (2010) and BioShock Infinite (2013) — proves that Australia can produce world-class video games. Delve into the dystopian underwater city of Rapture to battle enemies with superhuman powers in this critically acclaimed game that lovers of the survival horror genre will particularly enjoy.

Candy Crush Saga is the most downloaded iOS game of all time. Next on the list? A little game developed in Brisbane by Halfbrick Studios. Fruit Ninja — where the player slices fruit by swiping their finger across their phone screen — is hardly the most cerebral game the Australia video game industry has ever tossed up, but you can’t argue with well over one billion downloads.

The year 1982 is positively ancient history in the world of game development, which is what makes this pioneering piece of work so amazing. Developed by Melbourne House and based on the JRR Tolkien book, The Hobbit was a truly revolutionary illustrated text adventure game that sold a staggering one million copies across a wide range of platforms.

The liquidation of developer Team Bondi in 2011 was mired in controversy around unpaid debts, but their first and only title remains one of the most high profile games ever produced in Australia. Critics were quick to point out its flaws but fans loved LA Noire’s moody film noir detective aesthetic and groundbreaking facial animation.

Blue Tongue Entertainment’s colourful Wii game became a cult classic with fans who enjoyed the original concept: the titular protagonist on a mission to free Chroma City from the grip of the evil INKT Corporation by re-animating the streets with splashes of colour.

The third instalment in the Borderlands franchise was developed in Australia by the brains at 2K, and carries a distinctly Australian flavour, loaded with Aussie accents, unique slang and that trademark sense of humour. Handsome Jack is your villain/hero in this slick outer-space, open-world, first-person shooter game.

Described as an endless version of the legendary Frogger, Crossy Road is a game that delivers what it promises on the tin: a chicken crossing the road. The object of Hipster Whale’s arcade-style game is actually to die as many times as possible, becoming one of Australia’s most successful ever free-to-play mobile games in the process.

The novel idea behind this inventive mobile game has collected more than 30 awards for developer Loveshack, lauded by critics for their “subtle story telling”, “gorgeous visuals” and “finger-snapping music”. Players must re-arrange the panels of a film-noir comic book to guide their character away from the police in pursuit, navigating their hero through dark buildings and dim alleyways.

Straight outta Adelaide comes Ratbag Games, a now-defunct developer that released this advanced racing game way back in 1998. Powerslide’s graphics and AI were both ahead of their time, allowing users to enjoy races, time trials and joy rides through a bleak future ravaged by climate change.

If you think ‘fish ping pong’ sounds like fun, just wait until your download this merry mobile game produced by independent developer Ian MacLarty. The player is a fish trying to bounce a piece of jelly off their body to stop it sliding off the screen — a cheerful distraction for anyone who just wants to switch their brain off for five minutes with a game that’s reminiscent of the iconic old Snake.

Playing the role of an air traffic controller might not sound exciting, but it’s a proven formula for video games. Firemint’s Flight Control is no exception, selling almost four million copies around the world, and becoming a No.1 bestseller in the App Store in 19 countries. The 1.5 update even included an Outback map using planes from the Royal Flying Doctor Service of Australia.