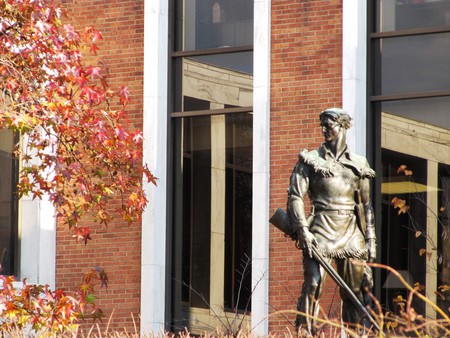 Over the past 150 years, West Virginia University has grown from a small agricultural college to the state’s university. With over 28,000 students, WVU is the largest university in the Mountain State and might occupy an even bigger place in the state’s psyche.

For example, most people root for the Mountaineer football team, and on a Saturday during the season, all of Morgantown shuts down, with many people treating it like a holy day. Here is a brief history of WVU, and the special role it plays in the Mountain State today.

You may or may not have noticed something about a lot of public universities in the United States: many were founded in the 1860s. This fact was thanks to the Morrill Land-Grant Act of 1862, which used the money raised from the sale of federal land (much of which was out west and taken from Native Americans) to establish public agricultural colleges. Today, universities across the country, from the University of California to Colorado State University to the University of Maine, all had their start as colleges focused on agriculture and so-called mechanic arts, what we might call engineering today. WVU was founded as the Agricultural College of West Virginia in 1867, only four years after the state was created. 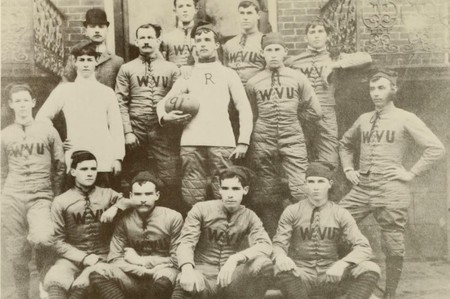 Until 1889, women were not allowed to attend WVU as degree-seeking students. That changed in 1891 when Harriet Lyon graduated at the top of her class (ahead of all the male students). The year 1891 was also the first year WVU had a football team. By 1918, WVU had added some of the signature programs they are known for today: degrees in mining and forestry that were both fueled by and helped develop the extractive industries.

As early as 1927, a student was selected to serve as the school’s mascot, The Mountaineer, a name which is derived from the state’s motto, Montani Sempre Liberi, a mountaineer is always free. During the 1930s, a student would appear at sporting events dressed as a rugged mountain man from the pre-Revolutionary years, with a flannel shirt, coonskin cap, bearskin cape, and with a long rifle. Every year since 1932, a new Mountaineer has been selected to serve as the mascot during sporting events and other community events, along with two female mascots.

After World War II, an increase in enrollment thanks to the GI Bill grew WVU to its largest size yet. While the main buildings were in downtown, the university saw the need for more capacity and expanded to the Evansdale campus. The campus is now split between downtown and just outside downtown, which includes the Coliseum, West Virginia University Hospital, medical buildings, and some student housing. The two campuses were connected in 1973 by the Personal Rapid Transit system (lovingly known as the PRT), an on-demand, driverless public transportation system.

Today, WVU continues to grow and has students from every county in West Virginia, every state in the U.S., and 107 countries. They have a world-class hospital and medical school; a law school; more than 340 majors to study; and tens of thousands of screaming fans on Saturdays.