A Brief History of the Greenbrier Resort 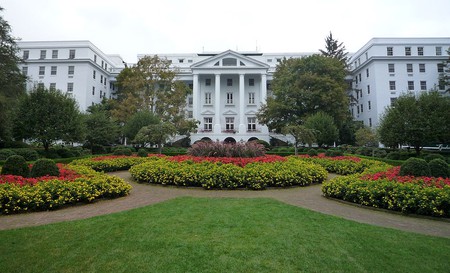 From being home to a natural spring believed to help restore health to a Southern retreat to a Cold War disaster hideout, the Greenbrier hotel has lived many lives. Tucked in the hills of southwest West Virginia, the resort’s ability to adapt has helped it stay alive for over 200 years.

The Greenbrier lies in White Sulphur Springs, and the springs in the area were thought to have medicinal properties. When medicine was rudimentary, doctors suggested that minerals and sulphur in spring water might cure chronic illnesses. Starting in 1778, people began arriving and bathing in hopes to cure stomach issues, menstrual problems, and even hepatitis. 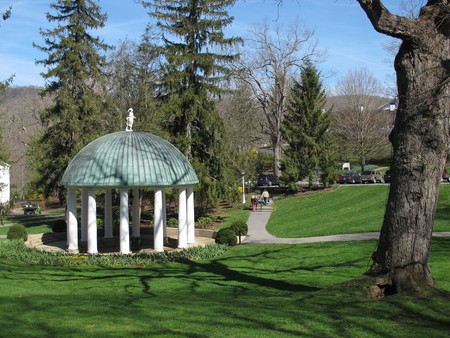 By the 1830s, the springs had become a popular getaway for the Southern elite who were looking to escape the summer heat at the higher, cooler elevations in what was then western Virginia. In 1858, a large hotel opened, affectionately known as Old White. By the time the Civil War broke out, five presidents had stayed at the resort. Like many large buildings in what is today West Virginia, both the North and South occupied the building from 1861–1865, and the hotel and resort were closed to guests.

In 1873, the completion of the Chesapeake and Ohio Railroad brought more guests than ever to the resort, and in 1910, the C&O bought the hotel and started expanding. The grounds had always attracted guests beyond the springs. The lush Allegheny Mountains were the perfect spot to vacation, and the C&O capitalized on that by adding a new mineral bath and golf course. Just a six-hour train ride from Washington, D.C., the Old White hotel was a spot where many government officials, including President Woodrow Wilson, visited. 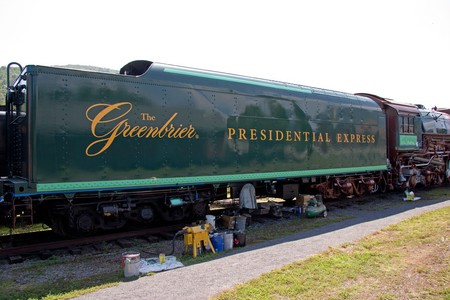 After an upgrade to the hotel in the 1930s, the Greenbrier served government duty again during World War II, first as a holding location for Japanese, German, and Italian ambassadors before they returned home and then as a hospital for soldiers. Between 1946 and 1948, the C&O Railroad commissioned interior designer Dorothy Draper to redo the hotel’s designs, and in 1948, the Greenbrier opened to the public again.

At the time, no one knew the secrets that hid beneath the unassuming resort. Just a year after the Cold War ended in 1991, The Washington Post reported that the government had built a secret bunker underneath the hotel to serve as a hiding spot for members of Congress, estimated to be far enough away from D.C. to be out of the blast zone of a nuclear bomb. Today, you can tour the bunker codenamed Project Greek Island.

To retain prominence in the 2000s, the Greenbrier once again had to adapt. In 2009, entrepreneur and Governor Jim Justice bought the property and added a casino and another golf course; organized for the Greenbrier Classic to be added to the PGA TOUR professional golf tournament; and convinced the New Orleans Saints to hold their training camp at the hotel. 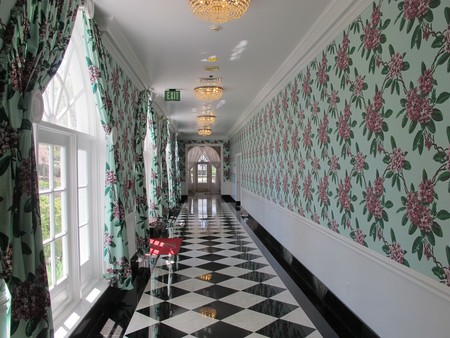 In 2016, heavy rainfall flooded the Greenbrier River Valley, causing 23 deaths and an estimated $300 million worth of damage. The Greenbrier had recently updated the grounds to build a casino and was working on a new golf course. While helping the community to rebuild, the resort was able to open again, and today, it offers a true resort experience with a golf course, swimming pools, outdoor entertainment, and even a bowling alley inside the hotel.