A Brief History of the Glen Jean School in West Virginia 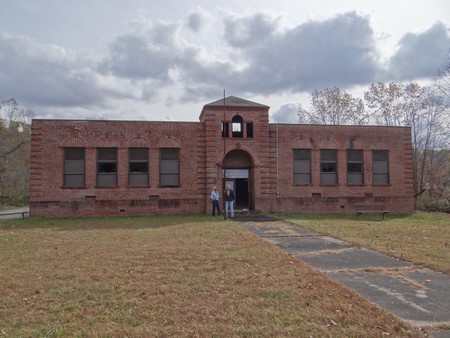 Near the New River Gorge National River is the town of Glen Jean. Like many towns in the area, Glen Jean was once a thriving community, based on a coal economy. During that time, the Glen Jean School was built and remained a school until 1997, when it then became an office building. Between 2006 and 2017, ghost hunters, abandoned-building seekers, and preservationists all grew fascinated by the school.

In 1880, industrialist Thomas McKell purchased land in the New River Gorge area, knowing that the region was rich in coal. He leased the coal-mining rights to the Collins Colliery Company and set out to develop the area to capitalize on the industry. McKell built a railroad line that connected one of the towns he founded, Glen Jean, with nearby Thurmond. Then, he constructed a hotel, gambling hall, and houses for the workers. Finally, in 1924, they got around to building a proper school that would serve children from around the community. The first school burned and was replaced with the brick structure still standing today in 1926. This building is the last one standing constructed by the McKell family. 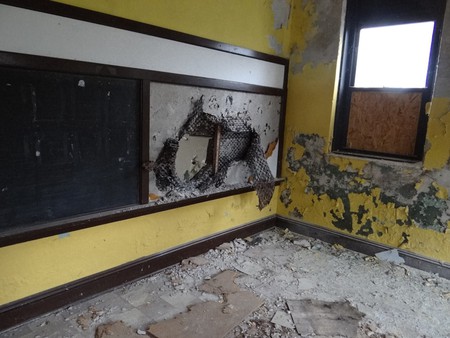 From school to ghost house

The school had a long tenure as the public school in the town of Glen Jean. The school was in continuous operation from 1926 to 1997. Two years later, it opened as offices and a visitor center for Thurmond, Glen Jean, and Great New River Railroad, until the railroad went out of business in 2006. Then, the offices and visitor center closed, but the building was not properly secured and simply left alone. With abandoned buildings always comes guessing as to why it was abandoned, how it got that way, and if there are spirits that linger. Some former students say they always believed that the building was haunted. From 2006 to 2017, the school building suffered vandalism, but it also had many tourists stopping by to take photos or see if they could find ghosts.

The Preservation Alliance of West Virginia—the organization that focuses on the historic preservation of buildings in the Mountain State—listed the Glen Jean School as an endangered property in 2014. For enthusiasts of abandoned buildings, the next bit of information will be bad news, and for preservation enthusiasts, it will be good news. In 2017, a faith-based nonprofit purchased the school and started the process of restoring it as a community center.