6 Dishes to Eat When You're in Charleston, West Virginia 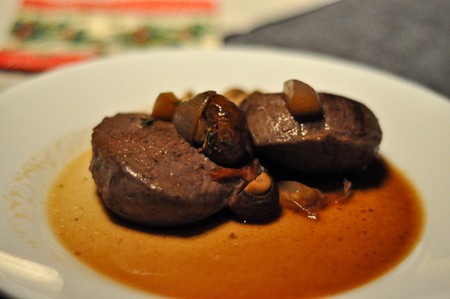 West Virginia is full of interesting culinary traditions that vary as you travel across the state. Here are five dishes and one drink you have to try while in the capital of the Mountain State.

The Roadkill Cookoff is a real thing, and it’s pretty gimmicky since you can eat squirrel, bear, or deer without the meat being actual roadkill. But with a state covered in forests and very friendly to hunters, eating wild game should be on your list if you visit Charleston. Since 2015, you have been able to buy farm-raised venison in grocery stores, so gourmet restaurants in town offer it more regularly as a special. Five minutes west of Charleston in Dunbar, you can experience the Critter Dinner held every February since 1974. Anything animal is fair game for the buffet, and the price is the very inexpensive donation of nonperishable food items or cash to the local food pantry.

Pepperoni rolls are the most typical West Virginia dish you can eat. An Italian immigrant coal miner turned baker thought up the idea in the 1920s, and is credited with selling the first pep rolls around 1927. Instead of slapping meat on bread for a coal-miner’s meal, he placed a stick of pepperoni inside a fluffy, milk-roll like bread. Today, you can get a decent pep roll at any convenience store, gas station, or grocery store, but if you really want something a little fresher, go to Ellen’s Ice Cream or drive about an hour and a half to JR’s Donut Castle in Parkersburg, home of the state’s best pepperoni roll.

People eat beans and cornbread across the U.S. south, but the dish is still traditional for West Virginia, and you should eat it when you are in Charleston. The cornbread isn’t the fluffy, sweet kind you might get in other states, and the beans are not chili. Pinto, sometimes called brown, beans are soaked overnight and then cooked for hours with salt and fatback until soft. The cornbread is cooked in a skillet with just a little bit of sugar, giving it a crispy bottom. If you’re just passing through, you can always get the version from Tudor’s Biscuit World alongside the highway (you might as well eat a biscuit while you’re there). Every year, the Religious Coalition for Community Renewal hosts a beans and cornbread dinner fundraiser, or you can check out restaurants that serve home cooking in Charleston such as The Grill. 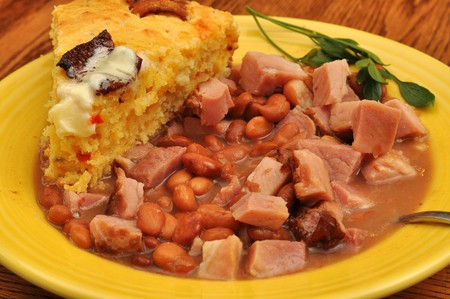 Buckwheat isn’t wheat, or a grain at all, yet the flour made from the seeds produces a nutty taste, perfect for making pancakes that are naturally gluten-free. In West Virginia, buckwheat pancakes are an old tradition, from when buckwheat was used as a cover crop on fields and didn’t deplete as much nitrogen from the soil as some other plants. You can venture all the way to Preston County near Morgantown for the Buckwheat Festival held in September every year; check churches and community centers for buckwheat pancake breakfasts that are popular in the fall; or look to local breakfast spots such as Purple Onion in Charleston for a new flavor in your pancake. 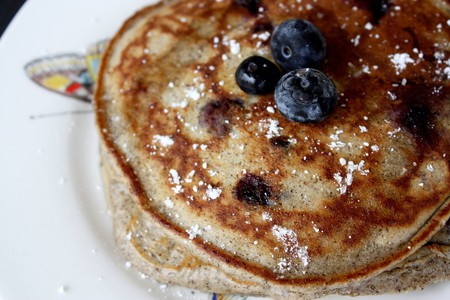 The mountain streams in southern West Virginia are known worldwide for their excellent trout fishing. If you’re feeling very adventurous, you can rent some gear and get a lesson in fly fishing to see if you can catch your own dinner. If not, there are plenty of restaurants that have trout on the menu in Charleston. Check out Bluegrass Kitchen, a local favorite that prides itself on fresh, local ingredients sourced from West Virginia. 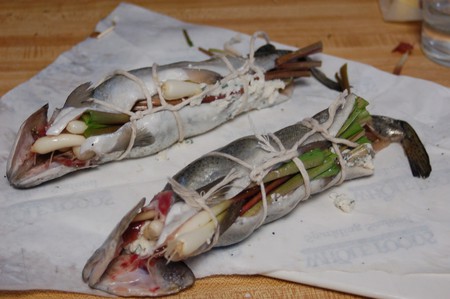 Ok, moonshine is not a dish, and do not consume it as a meal in itself, but you must have a little taste of that fresh mountain dew when you are in West Virginia. It used to be that you just had to know an old guy with a still in the woods, and he had to like and trust you enough to sell you some of his technically illegal spirits. Today, you can get commercially available versions in bars and liquor stores, or visit the Appalachian Moonshine Distillery half an hour north of Charleston to see how moonshine is made and get a taste.