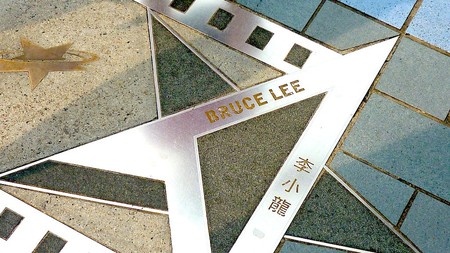 Actor and martial arts icon Bruce Lee made his mark in Hollywood, but he got his start in Seattle, Washington.

A number of rising stars called Seattle their home at one point in time. From musicians like Quincy Jones and Ray Charles to actors such as Jean Smart and Rainn Wilson, it’s no secret that the Emerald City is chock-full of inspiration for emerging artists. And while many cut ties with the Pacific Northwest after flying south for bigger, star-studded opportunities, Enter the Dragon star Bruce Lee never quite did. On the 45th anniversary of Lee’s death, we commemorate his impact on the city he started in.

Lee was born in San Francisco, California, in the hour and year of the Dragon, but he grew up in Hong Kong. It didn’t take long for him to return to the States though. At 18, Lee made his transatlantic leap, first back to the Bay Area where he lived with his sister for a brief stint, and then to Seattle in 1959. It was in the Emerald City where he completed his high school education at Seattle Community College, then called Edison Technical School. And during his off hours, he worked for Seattle restaurateur and family friend, Ruby Chow.

While these connections to the city shine a light on the early stages of his budding Pacific Northwest roots, it was Lee’s continued education in martial arts that really impacted the city and his career.

Blown away. Yesterday Jess and I had the privilege of touring the new Bruce Lee Exhibit at the Wing Luke Museum and it was phenomenal. •• Bruce really came of age in Seattle and laid the foundation for what he would become on the streets we walk today. From China Town, to Beacon Hill, to UW. So much history. •• Anyone who loves martial arts, loves Seattle, or believes in breaking down barriers should take a couple of hours and experience this exhibit. •• For more info check out Jess’s blog post at FreshJess.com •• #brucelee #seattle #martialarts #kungfu #jeetkundo #history #philosophy #art #mma #UFC

Martial arts played a major part in Lee’s childhood, which was anything but ordinary. As the son of famous parents, Lee’s opportunities were extensive. By 18, he had already starred in 20 films. And even more significant was his Wing Chun menteeship with famed martial artist Yip Man, whose career inspired the cinematic franchise of the same name. When Lee left for the States, he brought his passion for martial arts with him—not as a student though, but as a teacher.

Lee taught Wing Chun to friends and locals like Jesse Glover and Taky Kimura. In his spare time, he attended the University of Washington. While studying philosophy and drama, he bumped into Seattle-native Linda Emery—a fellow student and Lee’s future wife. Between Linda and his budding martial arts business, it’s clear that Seattle laid the foundation for Lee’s future.

Officially accepted to the University of Washington’s #MBA program and couldn’t be more excited. Shout out to my friends and family who supported my efforts! . . . . . #fosterschoolofbusiness #pnw #goals #nextsteps #doingbusiness #school #huskies #pac12

The popularity around his teaching inspired Lee to open a martial arts school in the Emerald City called Jun Fan Gung Fu, which translates to Bruce Lee’s Kung Fu, and the rest is basically history. Shortly after opening, Lee dropped out of school and ventured back down to California where he opened another studio in Oakland, the second of three Jun Fan Gung Fu schools overall.

Lee’s film and martial arts career skyrocketed when he moved to the Golden State. After leaving Seattle, Lee went on to instruct stars like Chuck Norris and Joe Lewis and act in films like Fist of Fury and Game of Death. But almost as quickly as his Hollywood fame rose, it ended. On July 20, 1973, after Enter the Dragon wrapped, Lee lapsed into a coma after taking Equagesic for a headache and passed away at the age of 32.

Lee may have spent the least amount of time in Seattle, but those years were formative for both his career and his private life. Before heading to Hollywood, Lee certified his friend, partner and best man, Kimura, who continued teaching Lee’s technique in Seattle years later.

Emery brought Lee’s body back to Seattle, where friends and family laid him to rest at Lake View Cemetery. He now lies next to his son, actor Brandon Lee. Even 45 years later, Lee’s grave is never bare. People from all over visit both he and his son daily, gifting Coca-Cola cans, oranges, and flowers. Fans visit for a number of reasons. But when standing beside his grave that overlooks Lake Washington, it’s hard not to admire the tangled history between Lee and Seattle.