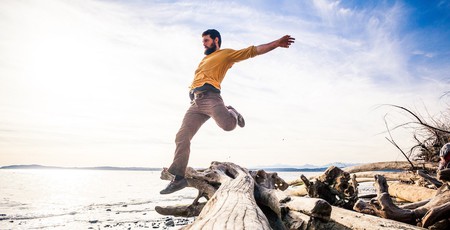 Rafe Kelley, founder of Evolve Move Play, explains how the method creates “movement heroes” who are stronger, more attuned to their body-mind connection and better able to understand their place in the natural world.

As a kid with dyslexia and ADHD, Rafe Kelley preferred learning martial arts, playing in the forest and reading adventure novels than adhering to the rigid structure of school. When he discovered parkour it felt like the culmination of his all his skills and interests – a practice of fearless physical feats that brought his most courageous self to the fore.

“I really recognized that the thing I had been so inspired by in these heroic stories was this quest to test yourself … and that parkour was in some sense the most powerful expression of this that I’d seen,” he explains. “That stepping to the edge of a building, and being able to step back and run and release yourself into the air was like a way of confronting the dragons in your own heart.”

After several years teaching parkour he developed his own, more dynamic method of primal movement, adding elements of dance, capoeira and martial arts to the mix. His technique – Evolve Move Play – now has a global reach, with regular weekend classes in Seattle and London, and upcoming intensives in San Francisco, Philadelphia and Cape Town. 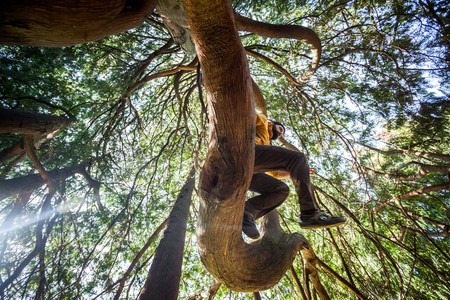 Culture Trip: What do you mean when you use the phrase “move like a human”?

CT: Some of your techniques – roughhousing and tree climbing, to name two – are things we do as children. How important is movement as a form of play?

RK: We evolved to move and we developed movement primarily through play. One of the things I learned through parkour is that the best way to learn is to be passionate about something and to touch that sense of play. This is a big thing that’s missing from the fitness industry. In order to become the most powerful versions of ourselves we need to find the things we are intrinsically motivated by and passionate about; we have to understand our play. If we look at play from an anthropological, evolutionary standpoint, the things that we engage in as play [are the] movements that have been most relevant to human beings for the longest period of our evolution. 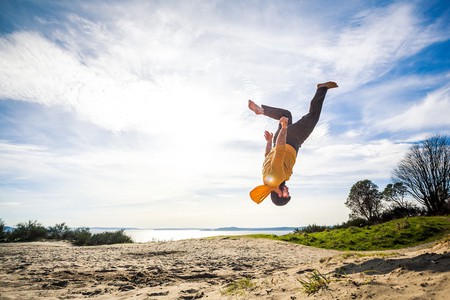 CT: What are the benefits of this kind of freeflowing movement as opposed to focusing on very precise form and repetition?

RK: The ways of moving that are natural to human beings we can think of as whole foods. A whole food nourishes many different systems in your body. When you look at an orange, you could think of it as vitamin C, but it’s not just vitamin C – it’s water and sugar and fiber and phytochemicals. A vitamin isn’t going to replace what an orange is. In the same sense, if we try to treat exercise as just a way to stimulate the triceps and biceps and pectorals, we’re actually missing a lot of the nourishment of movement. For example, to me a pull-up is just an expression of climbing, but climbing is far more nourishing than just doing a pull-up. Movement [as opposed to exercise] makes the body strong in a broad and complete way.

CT: Most people now exercise in a gym or at a boutique studio. What do you feel we’ve lost by bringing movement indoors and not exercising in nature? 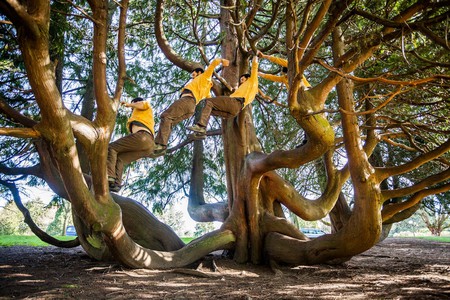 CT: You say we’re not a body and a mind, we’re a body-mind. What exactly does that mean?

RK: The idea that the self is just a thing that’s contained within the brain, and that the body is just a taxi that carries it around is not accurate to the science we have now about how the body and the nervous system interact … If you think of the brain as the thing that thinks, you’re misunderstanding the evolution of the brain. The brain is first and foremost the thing that controls movement. It helps you obtain something in the environment that keeps you alive. Emotion guides you towards things that are good versus things that are bad, and cognition helps you think about that over the long term. When we start understanding that the mind is embodied, it completely changes the way cultivate ourselves to have the best experience in the world.

CT: What kinds of people are attending Evolve Move Play? It seems like it would attract a lot of adrenaline junkies.

RK: I’ve had people ranging in age from nine years old to 70 years old. I’ve had people who are totally unfit, and I’ve had some of the best parkour athletes and MMA fighters in the world. I think the distinctive thing about people who are coming right now is that they’re early adopters. Anything that’s on the edge of how people are thinking about stuff is always hard for people to adopt, because it conflicts with the story they already have. Everybody knows what going to the gym means, but for most people the idea of getting those benefits from going outside, it doesn’t quite fit with the story they’ve been telling themselves. So people who are willing to take on something new like that, the thing that most characterizes them is curiosity and openness. I get to meet people who have really interesting stories and have gone through really interesting journeys to try and find these things that work for them.