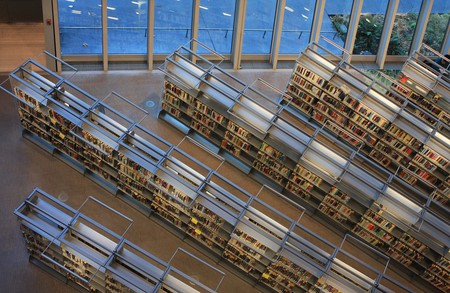 In February 2018, Richard Linklater announced his pending adaption of Maria Semple’s Where’d You Go, Bernadette. Set to star Cate Blanchett, Kristen Wiig, and Judy Greer, the film will tentatively release this fall. Semple’s book, which captures every complex inch of Emerald City’s culture, spent an entire year on the New York Times bestseller list. Though born in Aspen, Colorado—with a later career as a television writer in Los Angeles, California—Semple’s novel dawned after her move from sunny LA to rainy Seattle, Washington.

Seattle isn’t the only city in Washington State home to writers. Novelist Jess Walter resides in Spokane, and children’s book author Phoebe Wahl in Bellingham. It’s no wonder that the Evergreen State is home to so many authors either. With writing resources like Seattle’s Hugo House, the Port Townsend Writer’s Workshop, and the Pacific Northwest Writer’s Association—not to mention the inspirational scenery all around—Washington provides a perfect blend of the community and privacy that writers thrive on. Below are eight bestselling authors who, at one point or another, called Washington State their home.

Bainbridge Island resident Kristin Hannah practiced law in Seattle before becoming an award-winning, bestselling author of almost two dozen books. A glance at her resumé shows that Hannah published nearly a book a year since 1991, with The Great Alone being her latest. Her previous book, The Nightingale sat comfortably on the New York Times bestseller list for a whopping 20 weeks, eventually flagging the attention of TriStar Pictures who decided to adapt the novel. Primetime Emmy Award-winning director Michelle MacLaren (Breaking Bad, The Walking Dead, Game of Thrones) will tackle the film, which is set for a January 2019 release date.

Born in Tacoma, Washington, author Frank Herbert created one of the most celebrated works of science fiction, Dune. An idea that came to him during his career as a journalist, Herbert was conducting research on the Oregon Dunes in 1959 at the time. Herbert never wrote that article. Instead, with the seedling of Dune planted in his head, he began plotting. The book didn’t instantly reach the level of acclaim readers know it to have today. It wasn’t until David Lynch scooped the novel up and adapted it in 1984—with Yakima, Washington actor Kyle MacLachlan starring—that book sales took off. 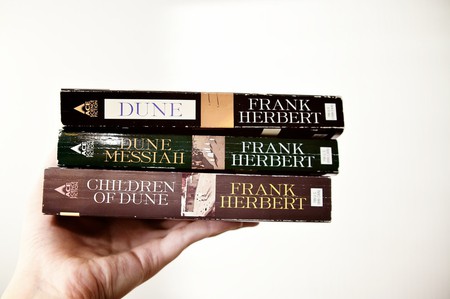 New York Times opinion contributor and co-founder of the Twitter campaign #ShoutYourAbortion, Lindy West was born, raised, and remains in Seattle. In 2016, West was not only listed as a bestselling author for her non-fiction book Shrill: Notes From A Loud Woman, but she was also awarded The Stranger‘s Genius Award in Literature. West’s talent of blending topics like fat-shaming and sexism with humor quickly garnered praise from other writers like Lena Dunham and Caitlin Moran. In January 2018, West announced the release of two new books: a follow up to Shrill and a compilation of her comedic film criticisms.

Though born in Norwich, Connecticut, acclaimed author Annie Proulx now resides in the woodlands of the Pacific Northwest. Proulx is responsible for the Pulitzer Prize-winning and National Book Award for Fiction novel, The Shipping News. She’s also taken home the National Magazine Award for Fiction for short story Brokeback Mountain. Both were adapted for the big screen. Proulx’s work is extensive, and though she’s been writing for over five decades, the release of her 2016 book Barkskins proves she’s not stopping any time soon.

Author and playwright Rebecca Wells was born in Alexandria, Louisiana, and she actually resides in Nashville, Tennessee today. But, when she wrote the 1996 New York Times bestseller Divine Secrets of the Ya-Ya Sisterhood, she was stationed in Seattle, Washington. The book garnered even more popularity when, in 2002, director Callie Khouri adapted it, with actors Sandra Bullock, Ellen Burstyn, Maggie Smith, and Ashley Judd starring.

Editor-at-large of The Establishment and one of the 50 Most Influential Women in Seattle (according to the Seattle Met in September 2017), author Ijeoma Oluo has made headlines with her criticisms on race and gender in the U.S. It’s no wonder that her first non-fiction book, So You Want to Talk About Race, would tackle these topics. From police brutality to Black Lives Matter to white privilege, the January 2018-released book was quickly deemed required reading by reviewers.

Chuck Palahniuk, the award-winning author responsible for Flight Club, Choke, and Lullaby, was born in the southwest corner of Washington in the city of Pasco. His stories often center on self-destructive characters who have found themselves on the outskirts of normality. Palahniuk’s transgressive fiction influenced fellow Pacific Northwest writers like Lidia Yuknavitch. He actually wrote the introduction to Yuknavitch’s 2012 novel Dora: A Headcase. Palahniuk continues to reside in Washington today, and credits authors like Bret Easton Ellis and Amy Hempel, as well as philosophe’s like Albert Camus and Michel Foucault, as his inspiration.

Oh, Palahniuk. ~ I used to love Palahniuk books in around middle school/high school I guess. I thought they were so weird and edgy (well, they are tho), and I’ve always had a thing for the gruesome. ~ I haven’t read much of him lately though. I don’t think I ever actually read Survivor and don’t even remember buying it tbh. And Tell-All for example, I tried but just could not get into. What are your favorite Palahniuk books, or do you think he’s completely overrated? (Also confession: I’ve never read Fight Club 🙊).

Michigan-born author Richelle Read moved to Western Washington as an 8th grade teacher. After teaching English and Social Studies during the day, Mead spent her time writing. It wasn’t until after her first book, Succubus Blues, was published that she decided to resign and pursue writing full time. Mead’s career grew exponentially since the release of her first book in 2007, thanks to her Kincaid, Vampire Academy, Bloodlines, and Dark Swan series.