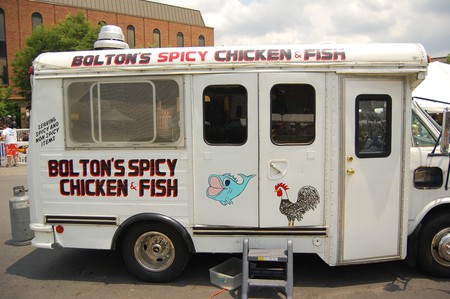 No visit to Nashville would be complete without sampling one of the city’s most prominent food specialties, hot chicken. This dish originated in Music City and has since become one of the most popular food items for local citizens and visitors to the area. Read on for a brief overview of the best places to sample hot chicken in the city responsible for creating the dish, and decide for yourself where your loyalties lie. 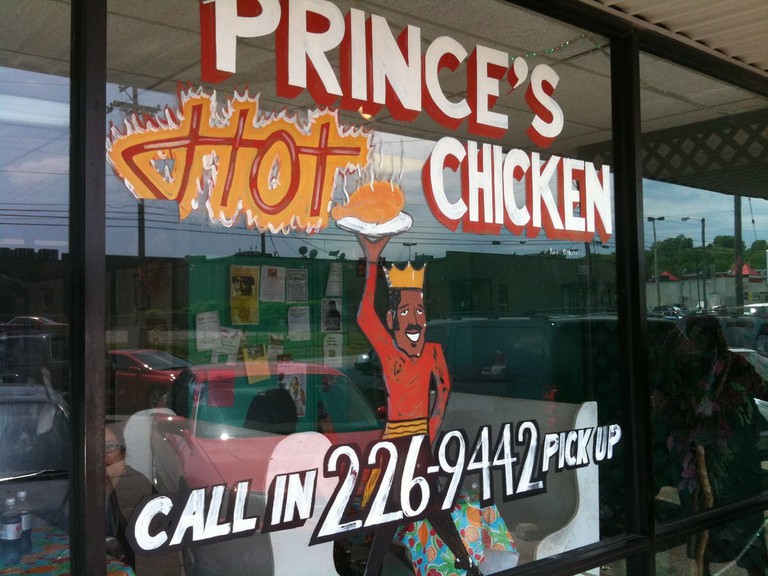 Prince's Hot Chicken | © Sean Russell / Flickr
No comprehensive list of hot chicken joints in Nashville could fail to include the very place that created the dish in the first place – Prince’s. It should come as no surprise that at a place known for its hot chicken, the chicken is just that – hot. While you can choose from four levels of heat (mild, medium, hot, and extra hot), even the medium is enough to get your eyes watering. Plan to build your tolerance slowly and get there early, as lines at this small East Nashville joint tend to be long.
Open In Google Maps
5814 Nolensville Pike, Nashville, Tennessee, USA
+16158109388
Visit Website
Give us feedback

Perhaps it should come as no surprise that when you peel back the layers of the hot chicken community in Nashville, connections are not uncommon. In fact, Bolton Mathews – the owner of Bolton’s Spicy Chicken & Fish – was mentored by an uncle, Bolton Polk, who once cooked hot chicken at Prince’s. Polk eventually left Prince’s and passed his own unique recipe down to his nephew, and the establishment of this highly popular local joint was set in motion. Unlike Prince’s, where the chicken is often as hot as you can handle (and then some), the heat at Bolton’s tends to be a bit more manageable. This East Nashville joint may be tiny, but its following is huge and loyal, and its chicken is some of the best in Nashville.

No refunds or returns on your decision of spice™. Comin in hot!

Restaurant, American, $$$
Facebook
Email
Twitter
Pinterest
Copy link
Share
Map View
Opened in Nashville’s Midtown neighborhood in 2012, Hattie B’s is relatively new to the established hot chicken scene in Nashville. Don’t be fooled by its newcomer status, however – it is one the most popular restaurants in Midtown and even one of the most popular hot chicken joints in the city. Nick Bishop Jr. and his father, Nick Sr., opened the restaurant four years ago for the best possible reason; they were huge fans of Nashville hot chicken, and wanted to try their hand at creating their own unique twist on the local staple. And create they did. Their hot chicken comes in five different heat levels, ranging from ‘Southern’ (no heat at all) to ‘Shut the Cluck Up’ (which is, as you could probably guess, pretty hot). While this chicken might not be quite as painfully hot as Prince’s, for example, the heat here still packs a nice punch. And unlike many of its predecessors, Hattie B’s also serves a robust selection of local craft beers.
Open In Google Maps
112 19th Avenue South, Midtown, Nashville, Tennessee, 37203, USA
+16156784794
Visit Website
Give us feedback

Even visitors to Nashville in search of hot chicken are likely familiar with Prince’s and Bolton’s. Pepperfire, however, tends to get slightly less local buzz – but that doesn’t mean that the joint isn’t churning out quality food. In fact, Pepperfire was recently featured on The Food Network’s ‘Top 5 Restaurants’ for its signature dish, the ‘Tender Royale.’ Order this and you’ll enjoy a ‘peppercheese’ (in other words, a pepperjack grilled cheese sandwich) topped with three hot chicken tenders. Founder and owner Isaac Beard is so dedicated to hot chicken that for ten years before opening Pepperfire, he frequented hot chicken joints across the city and carefully cultivated his own unique recipe in his kitchen. Diners can now reap the benefits of Beard’s hard work, as Pepperfire consistently churns out some of the best hot chicken in the city. Like Hattie B’s, heat levels start at ‘Southernfied’ (no heat), so even heat-averse chicken fans can enjoy the diverse fare. In addition to the notorious ‘Tender Royale,’ Pepperfire also offers its own twist on chicken and waffles. And if you’re feeling especially daring, you can try the ‘X Hot’ or the ‘XX Hot’ chicken – just be prepared for a little burn.

Great hot chicken on a great day! Come over and get your burn on! #hotchicken #Nashville