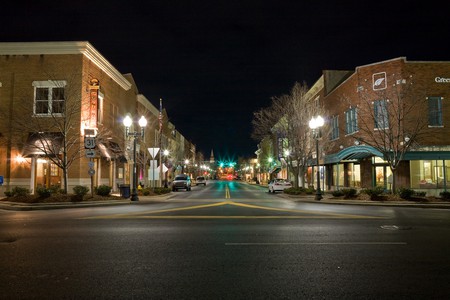 Franklin is a charming town located just south of Nashville, home to numerous long standing neighborhood favorites, along with an increasing number of innovative new restaurants, bringing fresh flair to traditional Southern cuisine. Here are ten restaurants in Franklin you should try.

Copper Kettle is a casual family restaurant that specializes in home made sandwiches, wraps and salads. The restaurant’s cheery interior features warm woods and earthy green tones. The restaurant is probably best known for its ‘Meat & Three’ daily specials, which feature a different entrée choice and selection of sides each day of the week. Go for ‘Country Style Meatloaf’ on Tuesday, ‘Spiced Chicken in a sweet onion béarnaise’ on Thursday, or stop by for Eggs Benedict during the restaurant’s popular Sunday Brunch. 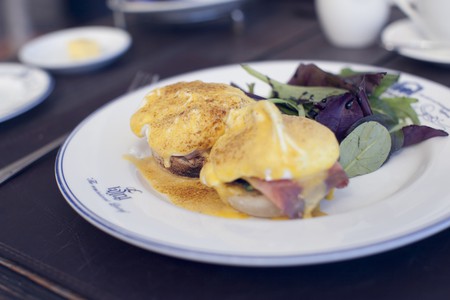 Cork & Cow is an upscale, independently owned steakhouse managed by well known local restaurateur Jason McConnell. McConnell grew up on a small cattle farm in northwest Tennessee, an upbringing that guides him in selecting the restaurant’s locally and regionally sourced beef. The menu features a variety of beef cuts, all of which are cooked over an oak and hickory wood fire and topped with lemon butter and sea salt. For a restaurant that specializes in steak, the menu also includes an impressive selection of other entrées, including pork, chicken and seafood dishes. The restaurant’s interior features sparkling chandeliers, exposed brick and an eye catching green banquette.

Located in a historic 19th-century building, Gray’s on Main serves up a unique menu of Southern influenced food in an equally unique setting. Aside from the main restaurant area on the first floor, the venue includes a second floor bar and music hall, plus a private members only supper club on the third floor. The interior takes inspiration from the building’s former use as a pharmacy, decorated with old prescription containers and original ceiling tiles. The restaurant uses mainly local ingredients to create a menu that remains true to the roots of Southern food while still managing keep things interesting with a few surprises. 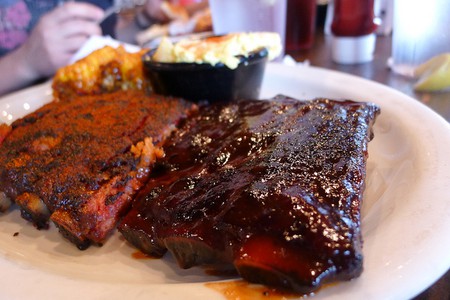 MacK & Kate’s is a family owned restaurant named after sisters MacKenzie and Kathleen. Originally opened in the service station of the small town nearby, the restaurant’s initial success led the family to expand and move the restaurant to Franklin a few years later. The interior is cozy and welcoming, with down to earth service and thoughtful, home like furnishings. The restaurant describes its cuisine as ‘urban country’ or ‘sophisticated Southern’, using local ingredients to create fresh, innovative dishes. MacK & Kate’s is open for lunch and dinner, but their brunch is particularly popular. A combination of poached eggs, prosciutto, asparagus, garlic butter croutons, balsamic drizzle, ‘The Tuscan’ is the perfect kick off to any lazy Sunday.

Merridee’s Bread Basket specializes in made from scratch lunches, dinners, and sweets. One of the city’s long time favorite bakeries, Merridee’s is known for its wholesome, healthy dishes and welcoming, community oriented atmosphere. The menu features a variety of sandwiches, soups, quiches, salads, cookies, cakes, pastries, along with an ever changing daily specials. Go for the ‘Apple Bacon Panini’ made with green apples, bacon, colby and blue cheese, or the popular chicken salad sandwich which is filled with premium chicken tenders, celery and Hellman’s mayonnaise. The restaurant also features live music on Saturday nights, showcasing local, undiscovered talents. 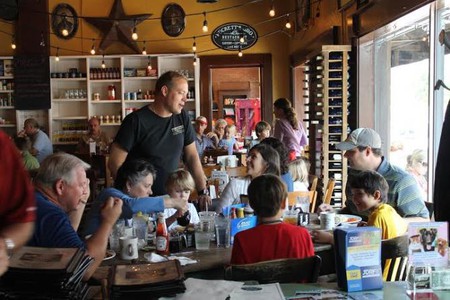 Puckett’s Grocery is a unique part grocery store, part music venue, part restaurant. Originating in the 1950s as a grocery store in Leiper’s Fork, the chain has grown to include locations in Nashville, Columbia, and downtown Franklin. Although the restaurant has a often has a queue out the door, it has managed to retain a comfortable, unpretentious attitude in both its décor and cuisine. The Southern-style menu features dishes like cajun chicken and waffles, cherry wood smoked BBQ and fried catfish. The restaurant is equally well known for its live music performances as for its food, playing an important role in introducing talented singers and songwriters to the local music scene.

Saffire is a trendy yet inviting restaurant with a menu that reflects a similar blend of sophistication and familiarity. With a focus on locally grown produce prepared with imaginative ingredients, the menu includes a diverse range of seafood options, along with beef and chicken dishes. The interior features charmingly mismatched chairs, an antique English bar, and an open kitchen where diners can watch the chefs prepare dishes using the restaurant’s hand built smoker. One of the few restaurants in Franklin to offer Happy Hour specials, the menu also includes an excellent selection of wines and cocktails. Stop by before dinner for a signature cocktail, like the Saffire Martini which is made with pinnacle vodka, cranberry, lime and blueberry syrup. 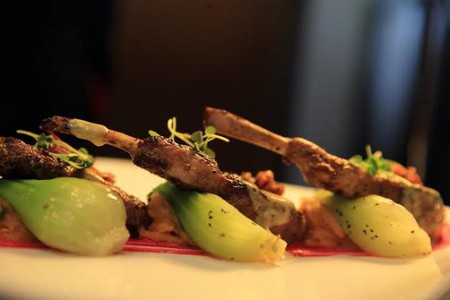 Wild Ginger features an eclectic menu of Asian inspired cuisine, although the restaurant is perhaps best known for its extensive sushi selection. Go for the sushi rolls, such as the ‘Green Envy’ which consists of lobster salad and avocado inside white rice, and topped with kiwi and roe. Aside from sushi, the menu includes a diverse selection of steak, duck, pork, chicken, lobster, sandwiches, wraps, and salads. The setting is chic and upscale, with granite tabletops, an exposed ceiling of duct work and steel beams, and with floor to ceiling windows overlooking the outdoor patio.