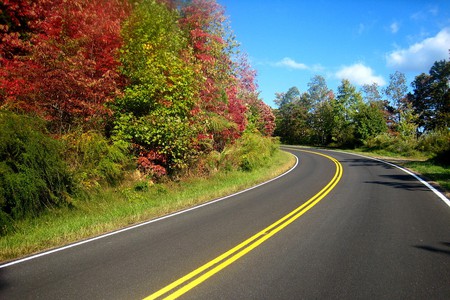 Whether you’re just passing through Tennessee or it’s your final destination on a road trip, you’ll want to take the scenic routes along the way. If the direction of your journey is somewhat flexible, try taking one of these routes for the most enjoyable experience possible.

Also known as the “Old Natchez Trace,” Natchez Trace Parkway is a historic forest trail that extends from Natchez, Mississippi, to Nashville, Tennessee for 440 miles (710 km). It was created by Native Americans, who followed in the footsteps of animals who cleared the trail, and further established by the United States army. During the 18th and 19th centuries, European and American explorers also used the trail, and by 1809, it was fully accessible by wagon.

The drive across Natchez Trace takes you down a windy road of rolling hills through trees and small bodies of water. Wildlife can often be seen in the area, and you also might find scenic overlooks and stopping points that lead to waterfalls. There are plenty of places to stop along the way, with more than a dozen campgrounds, hiking trails and restaurants just off the path. Within the state of Tennesse, you can access the Parkway via Highway 64 near Lawrenceburg, Highway 96 in Franklin, or Interstate 40 west of Nashville. 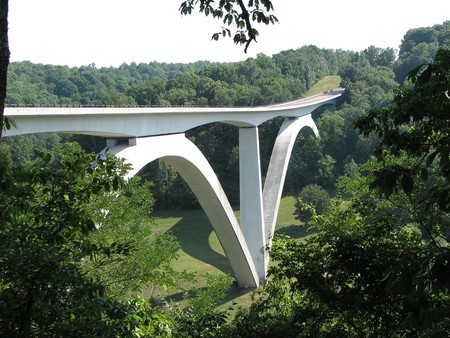 Beginning in Mountain City is a trail with the moniker “The Snake.” The curvy road along US-421 is popular among motorcyclists and takes riders all the way to the Tennessee/Virginia border, ending in the city of Bristol. The route has 489 curves and passes through Shady Valley and Cherokee National Forest. Near the end of the journey is South Holston Lake, where you can stop for a quick swim. The 33-mile drive is ideal anytime of year except winter. 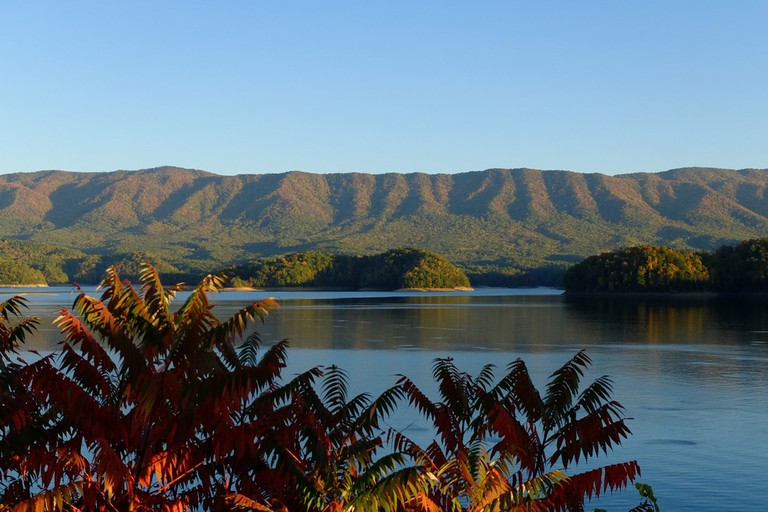 If you’re headed south on your drive with plans to pass through Nashville, Jack Trail is a a scenic 87-mile route down Interstate 24-E that allows for plenty of sightseeing. Upon departing from Nashville, you’ll pass through the cities of Smyrna and Murfreesboro. The Historic Sam Davis Home and Plantation is a stop worth making in Smyrna, and Murfreesboro has lots of family-friendly spots like parks and the Discovery Center at Murfree Spring for kids.

Drive further through Tennessee farmland until you reach Lynchburg, where the Jack Daniel’s Distillery is located. End your trip with a tour of the facility, but note that it’s actually located in a dry county, so you can’t purchase alcohol while you’re there. 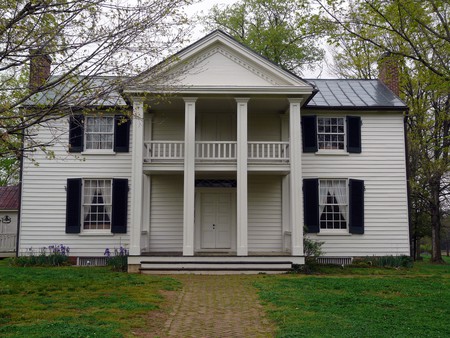 If you’ve got time to stop and explore Tennessee on your journey, the Antebellum Trail is a worthwhile experience. History buffs will especially enjoy the self-guided driving tour that begins south of Nashville in the city of Franklin. The trail is a 90-mile loop that passes more than 50 historical sites. It takes visitors through middle Tennessee and is completely self-paced, so you can spend as much or as little time at each home as you like.

A few of the sites included on the route are Andrew Jackson’s Hermitage, the Belle Meade Plantation, the Carnton Plantation and the James K. Polk home. 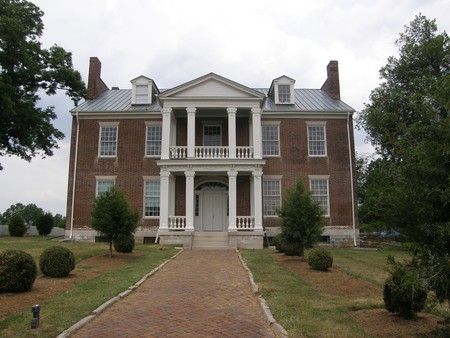 Adventure awaits along the Ocoee Scenic Byway. Take US 64 for 26 miles and you’ll pass through Cherokee National Forest as you drive next to the Ocoee River. The scenery surrounding the two-lane route includes mountain peaks and rock bluffs, as well as access to sites that explore Civil War history and Cherokee Indian culture.

The Ocoee Whitewater Center is also on the Byway, where you can stop and go kayaking or canoeing. Parksville Lake has opportunities for boating and fishing, and Chilhowee Scenic Spur lets you hike up to the Chilhowee Mountains. 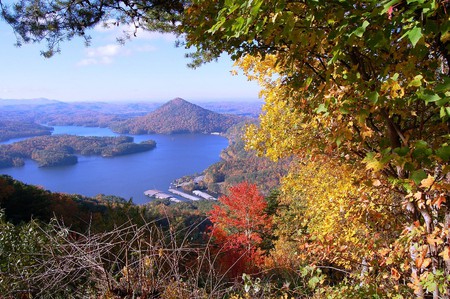 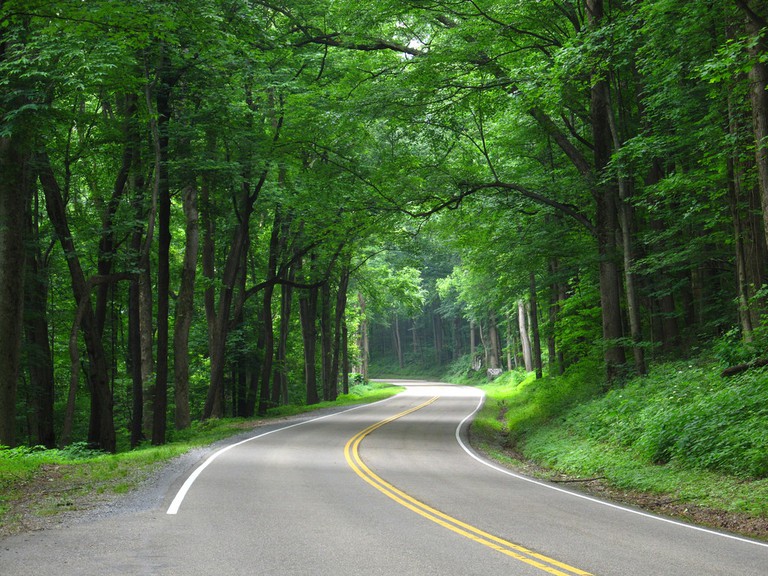 Great Smoky Mountains National Park | © Ken Lund / Flickr
One of the most popular places in the state of Tennessee is Great Smoky Mountains National Park. Besides having stunning views of the mountains and plenty of hiking trails, the park is a wonderful place to pass through on a trip across Tennessee. Start at Miller’s Cove in Walland, where there are historic buildings to visit, and stop by the Sugarland Visitors Center in Gatlinburg for information on area recreational activities. Using routes US-321 N and US-441 S, you’ll find picnic areas and other places to stop and relax, or enjoy a short hike through the park.

Connecting Robbinsville, North Carolina and Tellico Plains, Tennessee is the 40-mile Cherohala Skyway. The name comes from two national forests, with “Chero” referencing Cherokee National Forest and “hala” referencing Nantahala National Forest. The two-lane road has lots of twists and turns that take travelers along hidden lakes and streams while offering mountain views. The Cherohala Skyway Visitors Center is a great resource for learning more about the area and its history.

Along the route is Indian Boundary Lake, where you can enjoy fishing, swimming or kayaking.

Within the Great Smoky Mountains National Park is Cades Cove Loop, an 11-mile route where travelers move at a slow pace to enjoy the scenery and historic buildings. The drive generally takes two to four hours and is a one-way paved road. Along the way, you’ll catch views of mountain peaks, wildflower meadows, rolling hills and wildlife. There are also three churches, log homes, barns and a working mill where visitors can stop and explore.

To access the loop, use Laurel Creek Road, Parson Branch Road or Rich Mountain Road. Know that the latter two are closed during the winter. It’s also important to note that from early May through late September, vehicles are only allowed to enter Cades Cove Loop after 10 a.m. on Wednesdays and Saturdays. 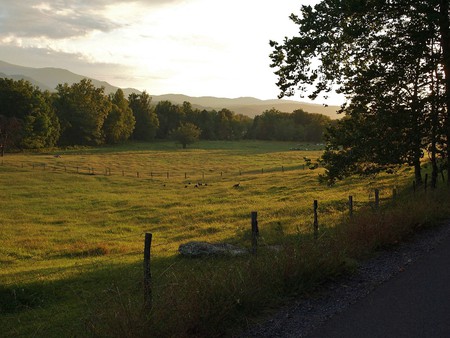