The 10 Most Beautiful Towns In Tennessee 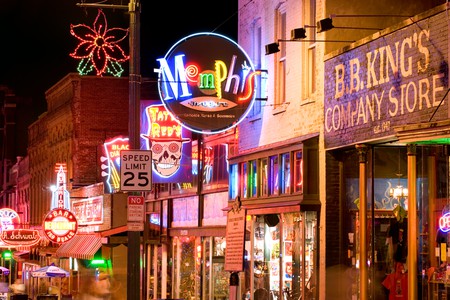 The state of Tennessee boasts many beautiful cities, charming small towns and breathtaking scenery. With the Appalachian Mountains to the east and the Mississippi River to the west, the state is fraught with captivating imagery and must-visit locations. Read our guide below to discover 10 such places in ‘The Volunteer State,’ Tennessee.

Nashville, Tennessee’s ‘Music City,’ is both the capital of the state and its second-largest city. The city, founded in 1779, is named after Francis Nash, a brigadier general during the American Revolutionary War. Nashville sits upon the Cumberland River, sourced from the Appalachian Mountains. It is also home to the Bicentennial Capitol Mall State Park and the beautiful state capitol building nestled upon a steep, magnificent hill. With so many fantastic restaurants, live music, tours, museums and beautiful countryside scenery just outside the hubbub of downtown, Nashville truly offers something for everyone. 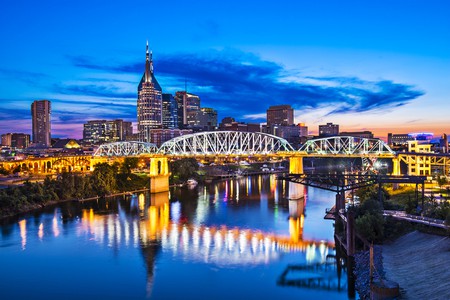 Located just over 20 miles south of Nashville is a fast-growing Tennessean city in Williamson County. Franklin was founded in 1799 by Abram Maury, Jr., who named the city after founding father Benjamin Franklin. The town is well-known for the Battle of Franklin, which occurred in the city on November 30, 1864, during the American Civil War. Many visitors flock to the Carnton and Carter houses, two historical homes involved in the battle that are still there today and open for tours. Franklin is also home to many yearly festivals, including the Main Street Festival, the Wine Down Main Street Festival, Pumpkinfest and Dickens of a Christmas (which attracts nearly 50,000 visitors annually).

‘On the peaceful side of the Smokies,’ is a very small town located in eastern Tennessee. A peaceful, picturesque village, Townsend sits adjacent to the Little River section of the Great Smoky Mountains National Park and to Cades Cove. Notwithstanding the enchanting natural scenery and quaint small-town feel, Townsend also boasts a plethora of outdoor activities, local shopping, festivals and recreational activities. Townsend is a fantastic place for natural observations, from beautiful flowers and trees blooming in the spring and the appearance of myriad forest wildlife and birds in the summer, to beautiful hiking trails in the colder months. 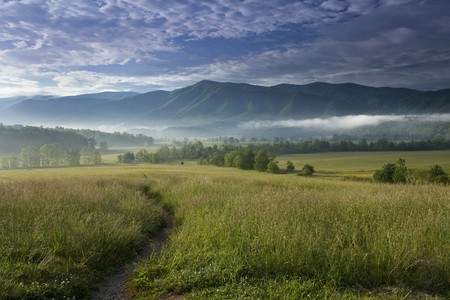 Looking out in Cades Cove in the Great Smoky Mountain National park. The trees lining Hyatt Lane are seen off in the distance. | © Andrew S / Shutterstock

Lynchburg is a beautiful town located in south-central Tennessee and home to Jack Daniel’s Tennessee whiskey. The source of the town’s name is much-debated, theories ranging from longings for Lynchburg, Virginia, to Tom Lynch (an early settler) or a vigilante ‘Judge Lynch.’ Nestled within the beautiful hills of Moore County, Lynchburg’s stunning scenery perfectly compliments its small-town, charming downtown with wonderful restaurants, local shopping and lovely countryside journeys. 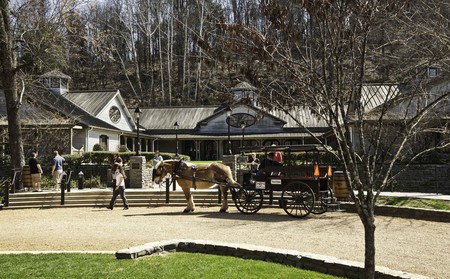 The ‘Scenic City,’ is the fourth-largest city in the state of Tennessee and resides in the southeastern portion of the state on sections of the Tennessee River, Nickajack Lake and Chickamauga Lake. Much of Chattanooga’s natural beauty derives from its position between the Appalachian Mountains and the Cumberland Plateau. As if Chattanooga’s breathtaking environment were not enough, the city is also home to many other tourist attractions, including the International Towing and Recovery Hall of Fame and Museum, the National Medal of Honor Museum, the Tennessee Aquarium. 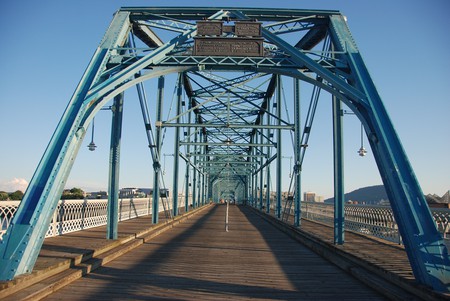 Located in Southeastern Tennessee is the ‘gateway to the Cherokee National Forest.’ A charming, antiquated mountain town in the foothills of the Smoky Mountains, Tellico Plains’ beautiful mountainous scenery, rolling countryside, quaint farmlands and scenic pathways make it a perfect getaway for those seeking a simpler way of life and breathtaking views. Tellico Plains offers a multitude of outdoor activities within the nearly 700,000 acres of the Cherokee National Forest, including biking, boating, fishing, swimming, camping, hiking and kayaking. Similarly to Townsend, Tellico Plains is a fantastic location for nature-watching. The town is also home to Bald River Falls, a magnificent waterfall flowing over 100 feet. 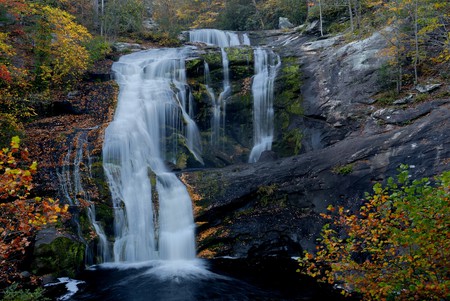 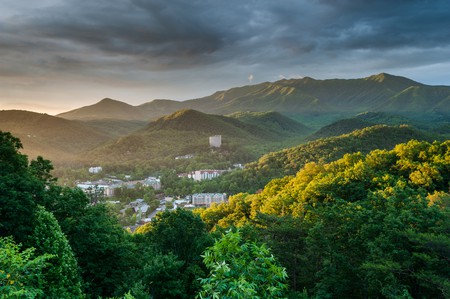 Named after President Washington’s War Secretary and known as ‘The Marble City,’ ‘Heart of the Valley’ and ‘Queen City of the Mountains,’ Knoxville was the original capital city of the state of Tennessee and is home to the University of Tennessee. It is located in the middle of the Great Valley of East Tennessee and sits upon the convergence of three rivers. Amidst this beautiful natural environment resides modern, hip downtown Knoxville, with incredible restaurants, unique galleries, festivals, concerts and museums.

Jonesborough resides in the easternmost tip of Tennessee and is considered the state’s oldest town. Indeed, the city was founded nearly 20 years before Tennessee became a state in the union. Jonesborough’s name derived from a North Carolinian legislator, Willie Jones. Jonesborough proves to be a popular tourist destination, due both to its quaint small-town ambiance and its historical ranking and buildings. In addition, because it is located on the Southern Appalachian Mountains, Jonesborough also offers recreational activities like cycling, fishing, rafting, caving, hiking, golfing and kayaking. 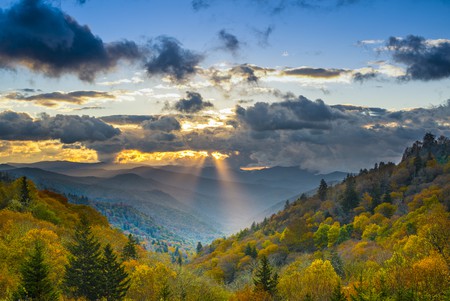 The city of Memphis, also termed ‘Blues City’ and the ‘Birthplace of Rock and Roll,’ sits in the southwestern corner of the state and is the state’s largest city. Memphis is also the largest city on the Mississippi River, which offers the city beautiful waterfront views and incredible sunsets beyond the Mississippi bridge. The Memphis riverfront creates a River Walk and systems of parks that join downtown Memphis to Mississippi River’s Greenbelt Park. From the vibrant nightlife and musical venues on Beale Street to myriad museums (including Elvis’ home, Graceland) and splendid views of the Mississippi River, Memphis proves an impressive location to visit when in the state. 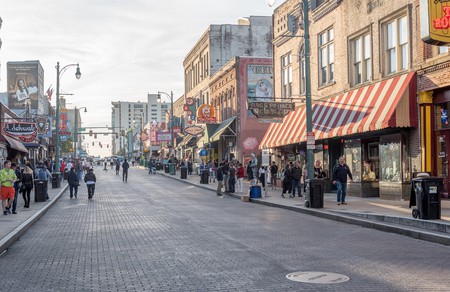