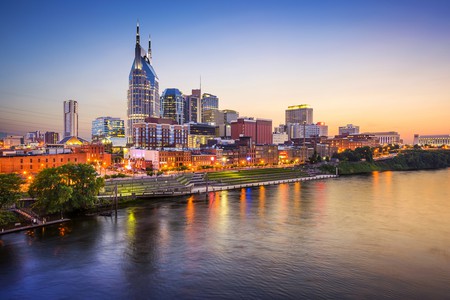 Peel back the shimmery layers of Nashville’s stereotypical reputation and you’ll find a startling amount of diversity and nuance buried underneath the glitz of Broadway. Those unfamiliar with Nashville and its history may not know, for example, that Music City is home to the largest Kurdish community in the entire United States. This community, known as ‘Little Kurdistan,’ is a thriving epicenter that provides the thousands of Kurds living in Nashville with a small and invaluable slice of the home that countless Kurds have been forced to flee since the 1970s due to political turmoil and persecution. To get you up to speed, The Culture Trip has put together a (brief) guide to Little Kurdistan and its history in Nashville.

Those familiar with Kurdish history know that ‘Kurdistan’ is not one distinct independent region but instead a greater area composed of territory in Syria, Turkey, Iran, and Iraq. Kurds from each region -despite sharing many cultural traditions – each maintain their own unique sociocultural norms and backgrounds. In fact, the Kurds are the largest ethnic group in the world without their own autonomous land. 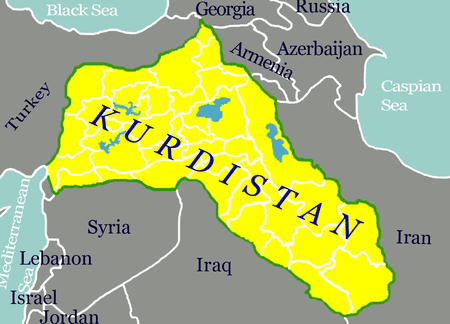 Kurdish immigration to Nashville began in 1976, and since then migration can be broken down into four waves. The first wave, in 1976, was composed primarily of a small group of Iraqi Kurdish refugees fleeing persecution at the hands of Sadam Hussein sparked by an attempted Kurdish uprising. A small number of Iranian refugees joined the ranks of the Nashville Kurdish community after political turmoil in Iran shortly thereafter. It was during the third wave of immigration, however, that Nashville’s Kurdish community saw the most growth; during the early 1990s, Saddam Hussein unleashed genocidal attacks on the Kurds, prompting thousands to seek relocation. Of those relocated to the U.S., many wound up in Nashville, where the thriving ‘Little Kurdistan’ community that exists today quickly began to flourish.

Spearheading this rapid community development was the founding, in 1998, of the Salahadeen Center, the first Kurdish mosque to operate in North America. What began as a space in which Kurds living in the greater Nashville area could perform the five daily prayers quickly blossomed into a thriving community center; today, the mosque lies at the heart of Little Kurdistan and provides religious, cultural, and educational services to over 10,000 individuals living in the greater Nashville area.

Recent estimates suggest that there are anywhere between 15,000-20,000 Kurds living in the United States. As many as 10,000-13,000 live in the Nashville area, making Nashville the home of the largest Kurdish community in the country.

‘Little Kurdistan’ as We Know it Today

Nestled within a seemingly nondescript strip mall off of Nolensville Pike – roughly ten miles southeast of downtown Nashville – lies the community that is referred to today as ‘Little Kurdistan.’ Here, you’ll find the Salahadeen Center; clustered around this central community space are a number of traditional markets, restaurants, and shops that are owned and run by members of Nashville’s Kurdish community. It is these that provide the thousands of Kurds living in Nashville the invaluable resources necessary to maintain their Kurdish identity despite the thousands of miles between middle Tennessee and the Greater Kurdistan region.

One such shop is the Azadi International Food Market, which offers a range of traditional Kurdish food. The market is perhaps most known, however, for the bakery tucked in the back corner. Here, bakers using traditional Tandoor ovens churn out myriad types of fresh Kurdish bread so good that both Kurds and Nashville locals depend on the bakery to stock up on warm naan (along with numerous other varieties of baked bread goods).

Another local spot offering mouth-watering traditional Kurdish fare is Baklava Cafe, where you can sample the namesake flaky pastry along with numerous other dishes that range from standard Middle Eastern cuisine to American bar food classics (think: French Fries and chicken tenders). Before you go, however, note that Baklava Cafe doubles as a hookah lounge, and you must be at least 18 years old to enter.

Ultimately, whether you’re intimately familiar with Kurdish history or are a visitor with little background knowledge of this thriving community, Little Kurdistan is worth a visit. And not merely because you’ll find, some of the best international food in the city – but because in order to gain a complete and nuanced understanding of Nashville’s remarkable diversity, you need to delve beneath the rhinestones and honky tonk music of Broadway. Nashville is referred to as ‘Music City’ for a reason, but don’t let the nickname fool you: this town is composed of individuals from many different corners of the world, each with their own stories and rich cultural traditions to share.